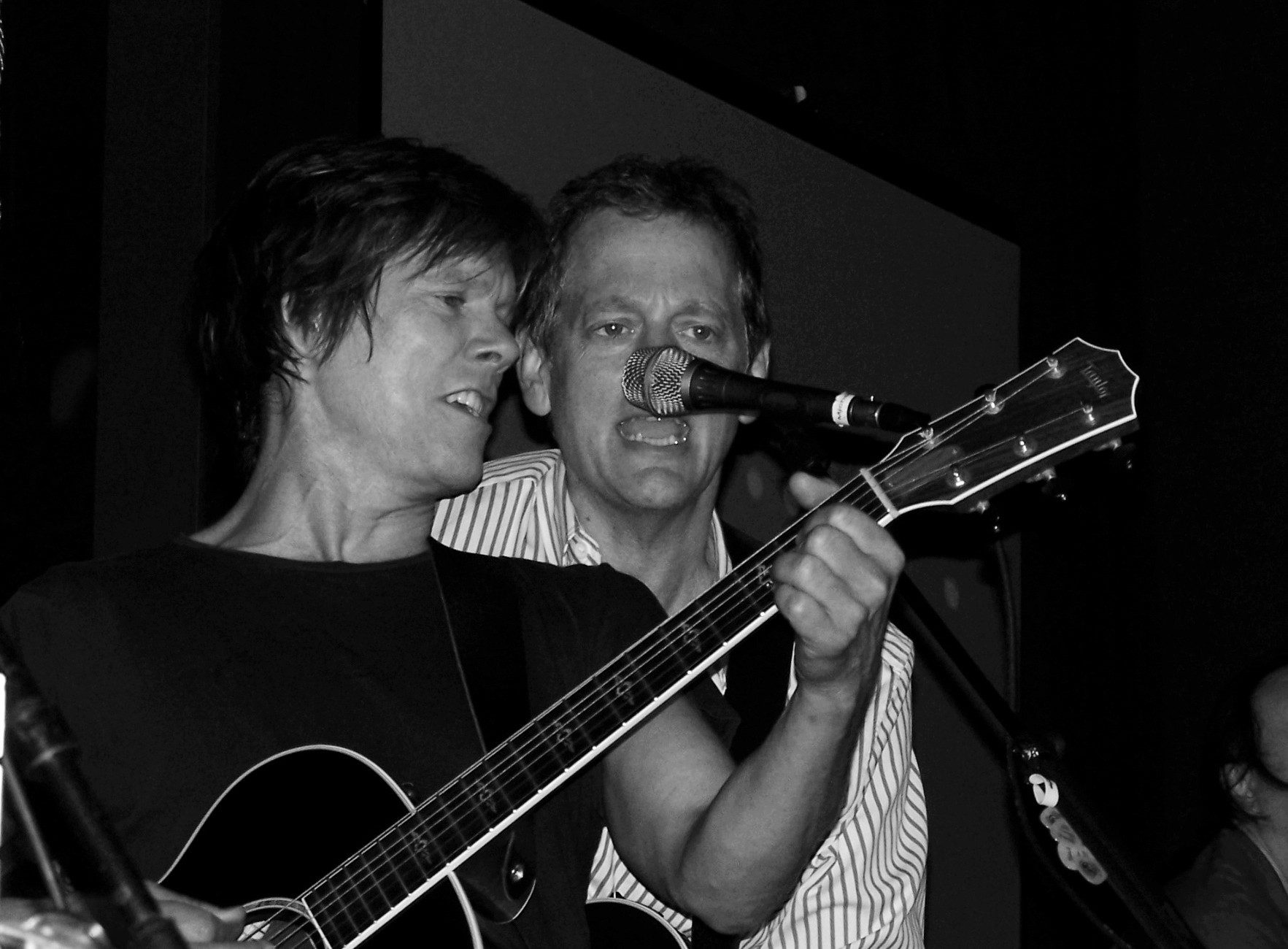 “My name is a curse,” says the 40-year-old actor, calling from his New York apartment. “When I was a child, I actually had an affliction because of my name. I’d look up at God and say, ‘Why me, Lord?’ ”

Despite the pig connection, Bacon doesn’t have much to squeal about these days. He has appeared in more Hollywood movies than anyone cares to list, shares a happy family with wife Kyra Sedgwick and is the focus of the campy cult-classic game Six Degrees of Kevin Bacon.

But a lesser-known venture has caused fans to lend an ear. Bacon and his big brother, Michael, have been performing original music at venues across the country. Believe it or not, the Wild Things star belts out an array of tunes in a James Taylor/John Mellencamp style. Will mainstream audiences accept him as a singer?

No doubt, many will be skeptical. Can you say Bruce Willis? Steven Seagal? Don Johnson? Keanu Reeves?

The Bacon Brothers are confident about their pet project. They feel assured that listeners will get past the burnt residue left by other actors-turned-musicians to be pleasantly surprised with their debut CD, Forosoco. The name of the disc is an acronym for the music they play: folk, rock, soul and country. And the record has received decent reviews from critics.

“We had a lot of anxiety with this band,” Bacon admits. “There’s always so much resistance to the idea of someone doing something else than what the public is used to. They don’t really get the idea of an actor singing. We just try not to get too wrapped up in all that.”

As children, Kevin took the acting road, Michael the musical one. Kevin remembers admiring his brother’s flair for instrumentation. He says he was awestruck when Michael invited him to join in. Once Kevin learned how to play guitar and sing, it wasn’t long before the two were collaborating on material. In 1994, the Bacon Brothers received an offer to headline at a Philadelphia club.

“At first we thought it wasn’t such a good idea,” Michael says. “I didn’t think Kevin was ready and he didn’t think so, either. But we just said ‘what the hell’ and put a band together for that one night. At the end, we realized it really had a purpose and decided to continue on with it.”

But what came easily for Michael was sheer terror for Kevin. Although he has portrayed everything from a dance-happy teen in Footloose to a perverted reform-center guard in Sleepers, he found breaking into song in front of a live audience somewhat nerve-racking. His early gigs included bouts of a cracking voice, knocking knees and nasty nausea. But he claims it was that kind of stage fright that sent him back for more.

“Stage fright is a good thing,” Bacon says. “It electrifies a performer’s creative life. It forces you to really step up to the plate. I had lost that feeling while acting in the movies because acting became so comfortable with me. I still get a little nervous onstage singing, but I like that.”

Bacon is currently between movies and plans to spend the next three months working full time on the band. The Bacon Brothers are scheduled to perform at the Sundance Film Festival in Utah this weekend, but they’ve planned a pit stop at Planet Hollywood in Phoenix.

Both openly admit that most of the crowd is there because of Kevin’s dimples and movie-star charisma, but that doesn’t seem to bother them. They know that guarantees them a full house almost every time. And if you check out the show, keep in mind that there is a reason they have dubbed this the “No Food Jokes Tour.”

“We call it that hoping people will take the hint,” Michael Bacon says. “But they never do, and there’s nothing we can do about that.”