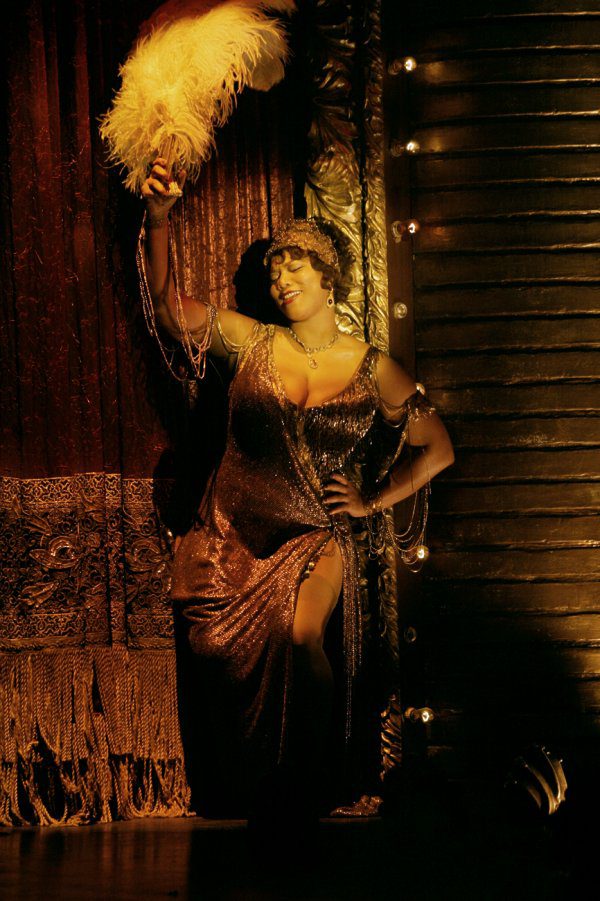 Queen Latifah may have started her career in rap music, but it’s her screen work that has put the best variety of jewels in her crown.

For more than a decade, she has padded her resume with film work (Jungle Fever, Living Out Loud, The Bone Collector) and television (Living Single, Spin City). Her hard work and business savvy helped land a talk-how gig for two seasons.

Although The Queen Latifah Show may be off the air these days, that doesn’t mean her schedule is any lighter, with 2002 bringing her much work, including movie roles in The Country Bears and Brown Sugar. But it’s her last project of the year that has the 32-year-old most excited.

This week she co-stars in Chicago, the celluloid version of the hit Broadway musical. The former Burger King employee takes on the part of “Mama” Morton, the singing prison matron Catherine Zeta-Jones and Renee Zellweger have to kiss up to. In a recent phone call, Latifah explains why she enjoyed every showstopping minute of it.

QUESTION: Why do you think you got this part?

ANSWER: I’m Black, I’m sexy and I pack a mean wallop of a voice! (Laughs.) Actually I don’t know. Maybe just a realness I have, and definitely a little color and complexion. I think that’s cool; it definitely gives it some flavor.

Q: You must have had fun with the costumes — going from a prison guard to a glittery va-va-voom cleavage-friendly dress for your stage number.

A: Colleen Atwood, the costume designer, is amazing. She had a grasp of what she wanted to do with colors and materials. You should see the sketches for this movie, they are like works of arts. I couldn’t wait for that dress because that gray freakin’ matron outfit for the prison scenes was so bad. And no makeup? Man, I was like, “Can I have some lipstick please?” It was so flat and dull that I just had a ball the day I got to play dress-up. I was like, “Thank you! I look like a girl again.”

Q: Would you ever time travel back to the Roaring ’20s?

A: Hell, no. There’d be no Matron Mama running the prison. I’d probably be locked up in the damn prison. I’m cool where I’m at. But if it were like in the movie, I’d love to be there. You would get to booze, live and party. And I loved the idea of stepping out. That’s one thing I miss with my hip-hop generation: We don’t dress up or step out. Like in the ’80s everyone wanted to be vogue or to pattern themselves after what was on the runways of Paris. But when hip-hop came, it was like forget all of that, we want jeans and T-shirts and jerseys. It would be kinda cool to get to a place where everyone dresses up to go out again.

Q: This is the second time you’ve summoned the essence of the vintage lounge singer (after playing a jazz singer in 1998’s Living Out Loud). Do you feel a strong connection to that?

A: Absolutely. I always thought those were some real songs. I don’t so much do this, but I like how singers back in the day tried to make their voices sound like instruments. Like, Sarah Vaughan would try to make her voice sound like a trumpet. Even just the diction, the way they pronounced certain words. I grew up on jazz and blues and singing all the show tunes. I just love it.

Q: Do you think Chicago will spawn new musicals?

A: I believe it will inspire more musicals as long as it can be a semi-success. Critically I think we are doing OK. I think Moulin Rouge! helped kick the door open. Now we have to follow through and keep that door open so other studios can make these kinds of films.