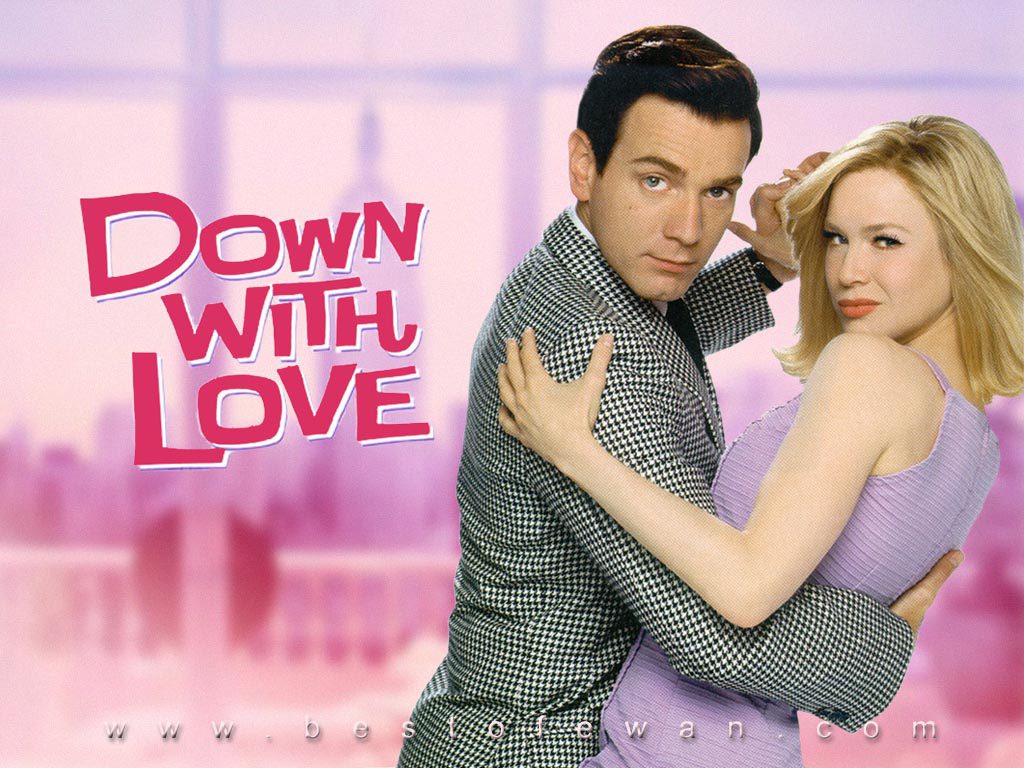 NOTE: Before blogging, I used to be an entertainment reporter for a daily newspaper, where I interviewed dozens of actors. Enjoy this article “from the vault!”
By Kathy Cano-Murillo
The Arizona Republic
May 15, 2003

From a heroin junkie in Trainspotting to a singing bohemian writer in Moulin Rouge!, 32-year-old Ewan McGregor adds spark in every role — yes, even as a young Obi-Wan Kenobi in the Star Wars prequels.

As if we needed another reason to adore the dimpled Scotsman, his latest movie, Down With Love, is set to open Friday. In the homage to the Doris Day-Rock Hudson sex comedies of the 1960s, McGregor plays swanky playboy Catcher Block, a magazine columnist who goes after feminist author Barbara Novack (Renee Zellweger).

After just flying in from a friend’s wedding in Venice, Italy, McGregor took time to chat about his new film, the odds of his recording an album and his love of pointy shoes.

QUESTION: Were you familiar with the Day-Hudson movies before you signed on for this part?

ANSWER: I was very familiar with the style. When I met the director, he brought a whole bunch of these ’60s movies for me to watch and I’d realized I had seen them all. I wasn’t born when they were made, but in Britain they used to show them on the weekend for matinees on the television and I had watched them all as a kid. In fact I liked watching them more than the children’s shows.

Q: Was Catcher Block an easy character to portray?

A: At first I felt that I really wasn’t going to be able to pull this one off, which is becoming part of my whole process. It seems that feeling gets stronger every time I start a film. I just have to accept it and go on with it. Catcher Block went against the grain. I fought like hell to get him to be suave and cool. It’s not as easy as it looks. The dialogue was so clever and witty, but difficult to do. Ask any of the other cast members, we all kind of struggled with it, but then in the second week of rehearsals it clicked and we started enjoying it.

Q: This is the fourth movie you’ve sung in. Can we expect an album soon?

A: It’s a very tricky thing to pull off as an actor. You’d like to think there is a way to make it your own. I have talked about it, and even recorded some stuff with Marius De Vries, who recorded all the music for Moulin Rouge! I discovered that recording songs is just fantastic; it gives me as much of a buzz as acting. But I would find an album difficult to do without being cheese-o-rama, you know? Imagine it: Ewan McGregor Sings! Ewww. It could be awful.

A: Yes, and I read that it cost me $300,000. I’d love to have that kind of money to throw around. No, I bought a replica of the Porsche 550 Spider, the car James Dean was killed in. They are beautiful cars, but mine is plastic and has a VW engine in the back. There’s a floor panel and then a layer of fiberglass. It makes driving in LA quite interesting.

Q: Any talk of a Trainspotting sequel?

A: I haven’t read a script. I read the book and I really enjoyed finding out what happened to our characters. But I didn’t like the (new) chapters as much as I liked the chapters in the original. So I wouldn’t make that decision lightly. I certainly would hate to leave people remembering a poor sequel as opposed to remembering a (expletive) crackin’ movie!

Q: What type of movie would you like to do but haven’t?

A: I’d love to do a crackin’ thriller. But I find when I read them, they all tend to sound like a cop drama on the television. I’d like to be able to go, “Whoa. I get to play a cop!” But I haven’t found a good script to make me want to say that.

Q: Down With Love is all about swanky retro style. What clothing items did you want to add to your own wardrobe?

A: All of it. Every day I was wearing fantastic clothes — always the shoes. They were the longest, pointiest shoes alive. I’d be happy to wear them now. But the suits were so specifically ’60s Catcher Block suits, if I wore them, it would be a bit like wearing a Down With Love sweat shirt.