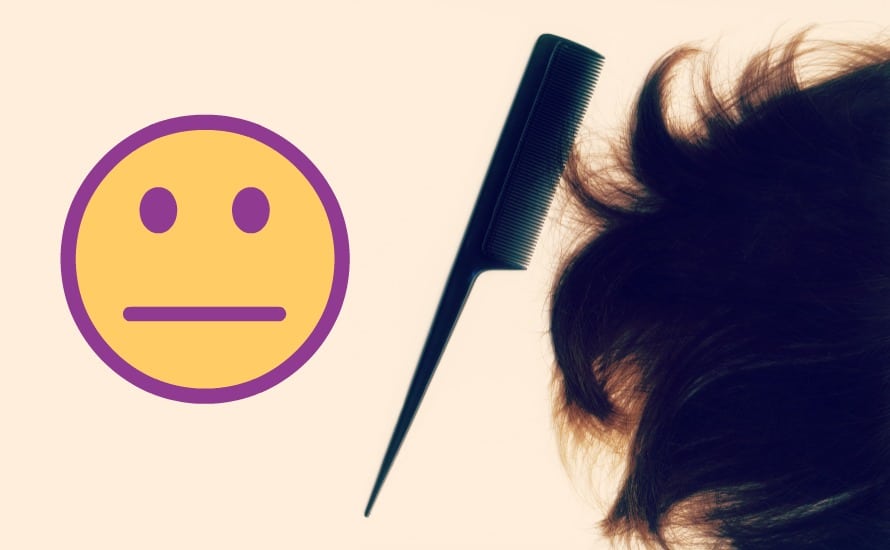 Tousled tresses can most definitely be troublesome. I know this firsthand. I am simultaneously blessed and cursed with thick curly hair. You can stick a pencil to my scalp and my hair extends beyond the eraser. Keeping it all in line is not an easy feat. I’ve had my share of hot rollers, flat irons, relaxers, hair extensions, head wraps, goops, gels and sprays.

After a life time of being teased and taunted about my unintentional fro, I got it layered last year and even got a relaxer. I loved it (it only lasted a few months)! But it costs almost $300. every three months to keep it up. So I’m just kind of dealing with it on a day by day basis.

I just got my hair revamped last week and while I was sitting in the chair waiting for the color to take, I took a stroll down my fancy follicle lane… These are things I’ve lost and found in there:

– Pens. I put them there for safe keeping then forget about them. One time Patrick found two Bics when I came home from a hectic day! I’ve also had them fall out of my hair when I was talking to people i really wanted to impress.

– Once at our office cafeteria, the lady behind me at the salad bar line said, “I think this is yours”. It was someone else’s writing so I replied, “Oh no, it’s not mine.” And she snapped, “Well it was stuck in your hair, take it!”

– A Charm’s Blow Pop. OK, I have a good reason for this. Patrick and i were taking the kids to my in-laws so we could go out on a long-awaited date. Maya was a small toddler and she was in the car seat in the back seat. I rode next to her. She was chomping on a Charm’s Blow Pop and waving her arms around like toddlers do.

Later that night Patrick and I are dancing at the club. He put his hand in my hair – I thought in a romantic way – but then he said, “Woman, you have a sucker in your hair!”. i’m like, “No way!”. He is like, “Way. Go to the bathroom and see.” I went in the bathroom, and sure enough, Maya’s Blow Pop was embedded in my ‘do.

But the most painful thing was standing there in front of the mirror next to all these skinny gorgeous girls primping themselves and having them gawk at me (a chunky mom) rip a sucker from my hair. I tried to giggle and say non-chalantly, “You’ll never believe what happened! This is from my daughter. She is a toddler and we were driving to my inlaws and…”

They nodded and left before i could finish.

– Here’s the topper! I once had a baby lizard lost in my hair! I have a good reason for this too. Patrick and I were cleaning out the detached shed in our backyard. It was old and creepy in a hillbilly cannibal sort of way. I was hurrying on cleaning it the best I could (we had just rented it) and I got the heebie jeebies so I went back in the house. Later on, i was doing the dishes. I felt someone pull my hair. I quickly turned around and yelled, “HEY!”, but no one was there.

I went back to doing the dishes and it happened again only harder and longer. I lost it – I thought our house was haunted and that even the damn ghost was teasing me about my big hair. I screamed and ran to Patrick.

“Help! There’s a ghost in the kitchen and it’s pulling my hair! Let’s move from this house, it’s haunted!”

he looked at me in a questionably concerned, yet loving way. Being the critcal thinker that he is, he told me calmly to sit down in front of him. He rifled his fingers through my hair as if he was searching for a quarter that had been dropped in some grass.

“Ooooohhh, it’s a baby lizard”, he said. “Poor thing. He is scared to death! he was tangled in your hair.”

He got the scissors and cut him loose and set him free in the backyard. And he made ME out to be the villain!