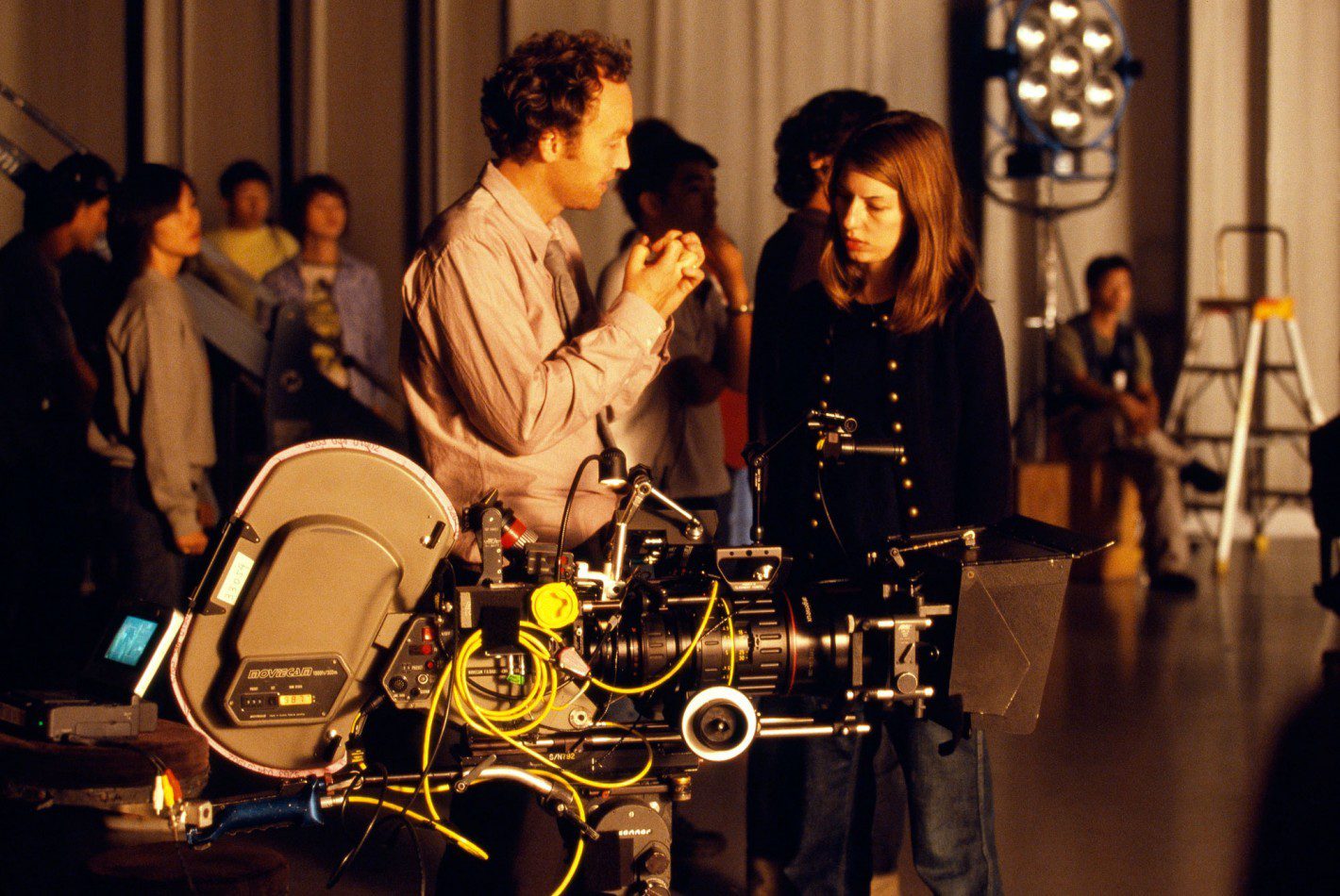 NOTE: I used to be an entertainment reporter for The Arizona Republic, where I interviewed dozens of actors. Enjoy this article “from the vault!”

You know her as: Francis Ford Coppola’s daughter. Sofia made her film debut as the baby christened at the end of The Godfather.

What she’s hyping: Lost in Translation, which she directed, about an older man (Bill Murray) and a young woman (Scarlett Johansson) who develop a friendship while in Japan.

Kudos: Recovered from a botched acting job in The Godfather, Part III by writing and directing such acclaimed films as The Virgin Suicides.

QUESTION: Why did you use Japan as the setting for the film?

ANSWER: I had gone on a bunch of trips to Tokyo, and every time I was there, there were so many unique things I found — either the friends I met or places I saw. I took a lot of snapshots. I thought, “I really want to do a film that shows this.” That was my starting point. I wanted to do something simple between two characters and something kind of romantic that showed these moments we have in life that don’t get incorporated into real life. There is something about them that always stays with you. It’s also about having connections with people that you wouldn’t know in normal circumstances.

Q: Did you incorporate all your favorite places?

A: I tried to. Things change there so much. A lot of places were gone by the time I went to film. But the sushi restaurant they eat at, that is my favorite place to go to. And the guy who plays Charlie, the friend that takes them all around town, he is really a friend of mine. He never acted before. It shows people you meet who live in this enchanting world that you would never know unless you knew someone who lived there.

Q: What was the strangest thing you noticed being there?

A: It’s weird seeing all these Western stars doing ad campaigns. It’s weird to see a familiar face that is so out of context. And the kids’ styles — they dress up so over the top and walk all around. Right now, they are really into tanning, they are all super-tan. That was weird, seeing all these Japanese kids with dyed blond hair and super-tan skin.

Q: Was there a time when you felt lost in translation?

A: I remember doing interviews for The Virgin Suicides in Tokyo, and I had a translator. I didn’t understand what was going on very much because their language is much longer than English. That’s where I got the idea for the commercial scene in the movie. I remember I would say one short sentence and the translator would translate it 10 times longer. I had no idea if she was getting carried away or what. It’s strange not being able to understand signs or be able to speak the language at all.

Q: Did you ever go to your dad for input?

A: I worked through his company, so I asked him for advice here and there. But when I shot it, I went off on my own. I talked to him a little bit when we were setting up our financing. I also asked for his opinion and showed him an early cut. The best advice he gives me is just seeing how he works. If you really want something to happen, you have to will it through. You can’t wait for it all to just come together, you have to keep moving it forward even if you don’t have all the financing or whatever it is. That is the most valuable thing I’ve learned.

Q: How have you grown since directing your first film?

A: I don’t know. I think I’m getting more specific about how I see things. I think the older you get, you feel like your opinions are valid. I’ve learned to trust my instinct more. If I follow what I’m really into, that turns out to be the best I can do.

Q: Will you ever consider acting again?

A: Not at all. I just did it that once for my dad. It’s not something I enjoy at all. I’m a vision-drawn person, that’s how I relate to the world, that’s the part I like the best.

Q: How about working with your husband?

A: Oh, no. We just work so differently. I think it’s better if he does his thing his way and I do my things my way.

What is a jewelry accessory you’ve been wearing a lot lately? I have a little tiny star necklace that Marc Jacobs made about 8 years ago, I never take it off.

What is a fashion trend you hate? The whole thing of wearing jogging suits in public.

Do you have any beauty tips? Ooooh, I have no idea.

What is the next thing you want to buy? Some great heels. I like buying shoes.

What is a surprising fact about you? I love Hello Magazine, the English tabloid.

How do you deal with hurtful rumors in the press? I don’t worry about what people think. There is nothing that you can do about what they say, so you just have to be yourself and live your life as you like.

Next big thing: A vacation. My fantasy is to go to spa for a couple days and just lie around and not move. I love the idea of just lying around.