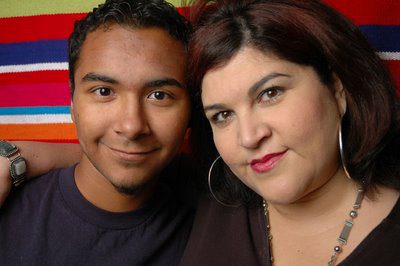 My son broke his arm! The doctor thinks I drink!

They say things happen in threes. Thursday, our car. Friday our A/C. Today, DeAngelo broke two bones in his arm!

He was running after his friend on their way to the school’s lunch room when he tripped on the grass and fell. He used his forearm to block his fall from the edge of a concrete slab. It blocked his fall so well, that when he lifted his arm, he saw his bones sink down under his skin. Did you flinch right now? I did too when I envisioned that. I was riding with Theresa into work when Maya called and told me the news: “DeAngelo broke his arm, the teacher said it looks bad, it’s floppy!” Patrick was already getting his keys to head out to the school.

I was in such a state of shock that I didn’t know what to do. Theresa swung the car around to head back.

“What do I do?” I asked her after telling her about his floppy arm. “Let’s go to the school and pick him up and take him to the hospital!”

“Yah, right,” Theresa said. Then she impersonated a little kid’s voice and said: “Help me Mommy, my arm is floppy – but don’t call an ambulence, just come pick me up in the car…” “Kath-EE! TELL THE SCHOOL TO CALL AN AMBULENCE!”

Ok, point well taken! God I suck at the mother thing sometimes, what a friggin’ dork I can be! I called the school and gave them permisison to call 911. A firetruck came and the guys patched DeAngelo up in a splint. I was there to greet him when he entered the E.R. The nurses kept asking him if he wanted pain medicine but he kept saying he was totally fine. His expression was the exact opposite. He was hurting real bad. It looked like he was trying to be Mr. Macho Man. The doctor even told him that with a severe break like that, he should be crying. Finally, DeAngelo let me know that the reason he didn’t want pain medicine was because he was embarrassed that he couldn’t swallow pills. I couldn’t help but giggle under my breath. He is still such a little boy! I got the nurse and they eventually hooked him up on an IV with morphine.

I didn’t actually see the damaged goods until we went into X-Ray. The nurse removed the splint and I saw the dip in his beautiful brown little arm. I got mucho lightheaded and began to get dizzy. Maya was standing next to me and looked around the floor to see if there would be room in case I passed out. But I pulled myself together to be there for him. After that, Patrick and Maya left the hospital for home to be there when the A/C man came (yee haw, its fixed now!).

DeAngelo is such a sweet and polite young man. He is shy, soft spoken and knows his manners and is happy to use them. We are strict parents, and even think we shelter our kids way too much for their own good, but because neither of them seems to mind, all is well. *So I thought…*

Anyway, when it came time for the Doc to “set” the broken bones in DeAngelo’s arm, the staff had to really load him up with some heavy duty drugs that were supposed to knock him out cold. Instead the meds that were injected into his IV turned him into a wild-worded chatterbox within just a couple minutes. The doctor attached DeAngelo’s hand to this weird hanging contraption that had little steel nets for his fingers on one side and weights on the other. It was so very Frankenstein. I was standing there stroking my baby’s hand when a new semi-frightening personality emerged from him.

There in the presence of two doctors and a nurse, he started talking about a really rad trip he went on to San Diego (he has never been there), and how he loves the women there and hopes to go to the Playboy Mansion someday. He said he likes nude beaches (he learned about them on the Travel Channel). He said he is a “play-ah” who has broken 32 hearts (he is too shy to have ever even talked to a girl) and he is as sexy as The Rock. He told them I like to get drunk on margaritas (I have, like, three a year and haven’t had one in months!). He told them he wished he could feel like this all the time so he could go talk to girls at the mall and that his favorite food was Nonnie’s enchiladas with rice and beans on the side. The doctor had injected 25 cc’s into DeAngelo at the beginning of the procedure, and at this point, he was up to 200. The kid was still yakking! The staff in the room roared with laughter at DeAngelo’s PG-rated proclamations, while I stood in the corner, a nervous wreck.

Every time DeAngelo opened his mouth, I trembled in my sandals over what was going to come out of it. Would he tell them about the time I went into a fit of rage and threw the fake Christmas tree across the living room? Or maybe about five years ago when Patrick had too much tequila one night and peed in the kid’s closet? OK, I’m exaggerating here (honest), but who knows what he would say? I was purely terrified of the possible humiliation to come. So I kept asking a lot of loud, silly questions like “Will that cast itch?”, “Why is it up to his shoulder?’ “Is this the kind of cast we can write and paint on, because my husband and I are artists…”

At the end of it we got home and helped him get settled into his new life with one arm. He is right-handed and wouldn’t you know that is the arm that took the fall? Everyone was babying him because of his ordeal – even Maya. She has been great helping him throughout the night by waiting on him, hand and foot. But I can’t forget her first question when we arrived home tonight…

She saw him walk through the entry way, took one look at his sling and asked me point blank “How does this affect our chores?”