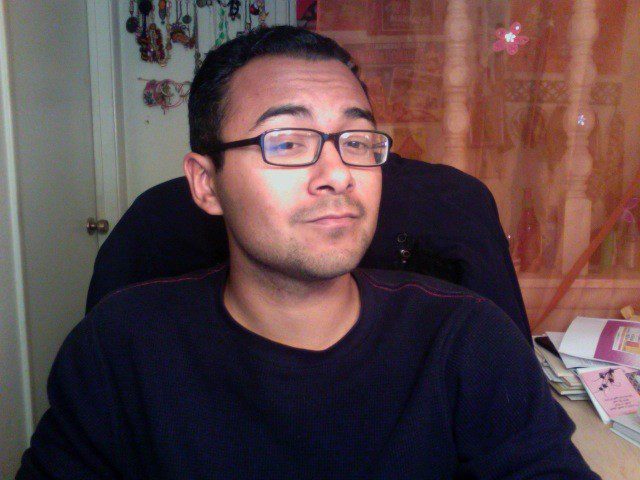 I told you so!

Remember my worries about the kids starting a new year? I’m proud to share that DeAngelo, my 15-year-old, wins the “I think I’ll give Mommy some gray hairs!” award.

I should have paid attention to the clues. A couple weeks ago I was laying on my bed and DeAngelo was on the computer in my room. He was clicking and clicking.

“What kind of pictures?”

“Just pictures of people, my friends.”

“Do they have clothes on?”

“OK, I’ll get off of the computer now so you can take a nap.” He closed out his windows and left the room. I konked out after a hard day.

So…Yesterday I’m at lunch with some friends from work. It’s my day off. They start talking about how azcentral.com is going to be adding blogger services to jump on the web diary bandwagon. I think this is nice until one of the girls says:

I spit out my iced tea and choke. Theresa practically has to ram me on the back so I don’t swallow my ice cubes.

“Please send me the link. Don’t worry, it will be taken down by today!” I tell them, just before changing the subject to a lighter topic. Inside, my blood is boiling. DeAngelo was lucky I had a few hours to cool off before he got home from school.

I get home and tell Patrick. My friend sends me the link and sure enough, his main profile picture is a happy mother/son hugging photo of him and me. Cute. His bio is cute and clean, nothing bad there. In his bio, he montions that me and Patrick are among his heroes. I coo. There are lots of pictures of WWE wrestlers. That’s fine. I scroll down to see his pics/links to his “friends”. The hairs pop up on my arms.

I see he has had the site through the summer, he lied about his age. There are about a dozen thumbnail pics and they fall into two categories: teenage boys or hot babes in barely-there makeshift bikinis. Those that didn’t have bikinis were creative in covering up by using a star cut out of a piece of cardboard to cover up one certain spot, or their arms strategically placed across their chest.

DeAngelo gets home and I politely inform him of my discovery. I tell him it’s weird to have a picture of his mom on the same page as almost-naked babes. And why would he give his link to Theresa, his auntie? Wouldn’t he know that somehow his content would get back to me? I tell him it’s not cool, and very demeaning to women to have a “Rate My Butt” contest on his page. That is not how me and his father raised him. We have always taught respect.

He tells me he will take down my picture but “those are his good friends” and doesn’t want to offend them by removing their pictures. I tell him firmly to remove them immediately or I will remove him from the face of the Earth. He assures me he will resolve the matter.

So when did he do all this? This summer he spent a lot of time at both my parents and Patrick’s parents “helping”. During downtime, he would retreat to their computer rooms where he would work his magic. Our parents had no idea! He would throw their trash, earn brownie points by doing all the chores and then go to the room. No one questioned it.

He is more crafty than me!

I know it’s perfectly normal for a 15 year-old boy. Sports Illustrated Swimsuit Issue posters on his bedroom walls are fine. But cyberspace? No freakin’ way! Am I wrong here? In the meantime, Patrick has decided that he doesn’t want either of the kids on the computer unless it is for school or iTunes.

At this point, I think that is a GREAT idea! Those of you with sons, use this as a cautionary tale!! I’m glad I have one boy and one girl. Sigh… Next week will be the second week of school. I’m bracing myself for what comes next.
***
peace, respect & glitter.
See the new line of Crafty Chica products at select Michaels stores!! All content/photos copyright, © Kathy Cano-Murillo, 2008.