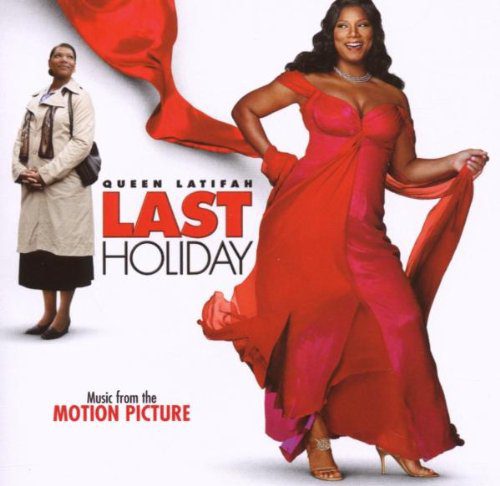 Queen Latifah is everywhere. From Cover Girl ads to Wal-Mart commercials, she keeps busy. And she’ll kick off the year with Last Holiday, which opens today.

Latifah, 35, plays Georgia Byrd, a reserved single woman who learns she has three weeks to live and goes from shy girl to fly girl in a day. To make the most of her time, she lives out her dreams, including traveling to Europe, eating fattening foods and BASE jumping. Latifah recently phoned from Los Angeles to chat about how Georgia’s experiences related to her own.

QUESTION: Have you ever had a wake up call about your life?

ANSWER: It was when I lost my brother when I was 22. He was only 24. I was always the kind of person to live on the edge, but after that, it made me feel like I could really die. It can really happen. Before then, I never thought it could happen to me or my family. I realized the possibility. I learned you really do have to make sure you enjoy life.

Q: We all have a book of possibilities. What’s in yours?

A: Oh, man, there are so many things I’d like to do. Like becoming a parent. To me that is the next natural progression in life. I need something bigger than myself. And the only thing that can be would be a child. Someone who would help me live even more selflessly. And there are still some places I’d love to visit — Africa, China, Brazil, India. I want to travel the world and experience other cultures and peoples.

Q: You got to act crazy in this film. What’s something you’ve done nutty in real life?

A: Jumping off that cliff in Jamaica (laughs). It was years ago. It was at this place called Rick’s Cafe. Actually, it was two cliffs. They were pretty high, probably a good 40- 50-foot jump into the ocean. That was crazy. I was thinking on the way down, “Why am I doing this?” Afterward, I thought, “I did this!” Hiking gives me that feeling, too. It’s not that crazy, but when you look back and you see that mountain you just climbed, you say, “I can’t believe I did that.”

Q: Emeril Lagasse has a cameo. Did you pick up any cooking tips?

A: Not really, because I already enjoy cooking. I like different flavors and putting different things together and really like taking normal recipes to a higher level. I have this thing where I take peppers, onions, mushrooms, fresh garlic, maybe some basil and then I’ll saute it in olive oil and throw it on scrambled eggs or diced chicken. I’ll cook down some codfish and add some yellow rice. I find that little combination works well on so many things. Oh! Sun-dried tomatoes. That also goes in there.

A: There are two things I wear. One is a Curvation undergarment over my whole body, and then maybe I’ll also put on some Spanx. They’re so great. They have a way of smoothing everything out, and then you can just put on whatever you want. It accents you and makes you feel pretty. But you know what? Half the battle is confidence. There are people who have great figures but have terrible confidence so you are not drawn to them because they seem down all the time. There is nothing like a person with confidence, male or female, not conceitedness, but confidence. That inspires other people.

Q: Will you share the details on the LL Cool J kiss?

A: Hmmm. Well, I can say his lips are very soft. But it was, like, about 10 degrees outside and we did that scene on a ledge that was six stories up. It wasn’t like we were sitting in a movie theater or something. I got to enjoy it, but not quite in the same way.

Q: What do you do when you aren’t working?

A: Listen to music, watch something really funny like South Park. I sketch. I like to keep some coloring tools around to draw vistas. Lately I’ve been shooting a lot of sunsets with my digital camera. I’ll have to drop a book or a calendar or something for that.

Jungle Fever (1991): Her role was small but mighty as a waitress who gives Wesley Snipes the cold shoulder for dating an Italian woman. At the time, her sophomore album, Nature of a Sista, was released. After the film came out, she not only went on to score more movie roles, but her next record, 1993’s Black Reign, went gold.

Living Out Loud (1998): She had a list of films under her belt (Set It Off, My Life, Juice), but here she showed her softer side playing a Sarah Vaughn-type lounge singer who dishes advice.

Chicago (2002): In this film version of the hit Broadway musical, director Rob Marshall made Latifah audition three times for the role of prison Matron Mama Morton. She proved her worthiness by earning her first Oscar nomination.