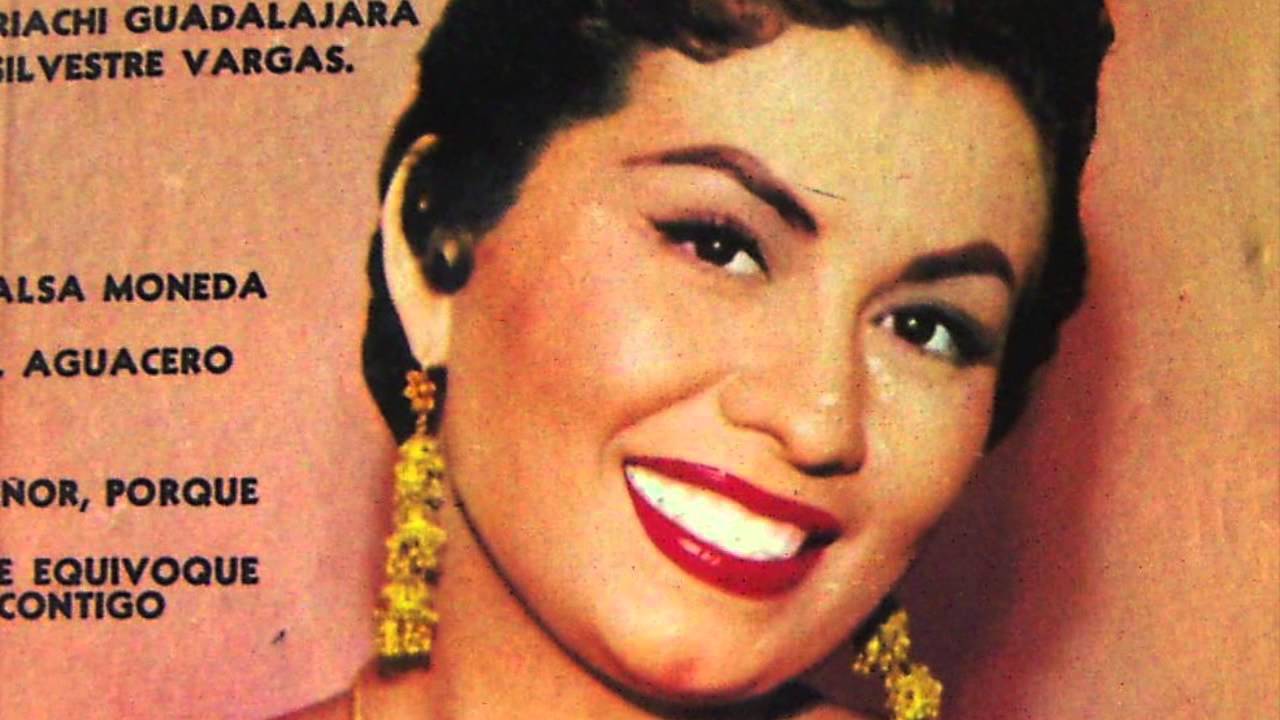 The TV was off at our house last night.

Patrick had finished practicing with the band and all the furniture was pushed up against the walls. The middle of the room was empty. Just like a stage.

I was drinking a glass of water in the kitchen when I heard it. The low hum of the sound system vibrating from the speakers, all throughout the room. Patrick had left his microphone on.

I’m a shy girl. The last time I sang out loud was at a Cinco de Mayo fiesta in downtown Phoenix. We had an art booth, but we hadn’t sold anything. Patrick was off at a gig and I was at the booth alone, depressed – wondering that since we hadn’t sold anything and we had been praying we would sell something – how we were going to pay for whatever bill was due that Monday. This was before I had a day job… Anyway, I slammed a couple drinks, got tipsy and jumped up on the karaoke stage.

I wanted to belt out a tragic, sorrowful, tear-inducing Lola Beltran ballad, but I didn’t know Spanish. Or the lyrics for that matter. So instead, in my semi-drunken state I chose the first song that I did know – Stairway to Heaven – and belted it out “Lola” style to a crowd of confused-looking Mexican immigrants.

In a movie, they would have cheered and clapped for me. But this was a sucky night and the crowd dispersed before I was even able to get into the good screaming part…

Deep breath. Scarred me for life. I haven’t sang since. Before that experience, the last time I sang was at my 7th grade chorus audition, which I was the only one NOT to make the cut. Tragic, no? I better get on with my story before I go search the liquor cabinet…

OK, so last night when I heard that hum? It called to me: “Set yourself free, Kathy! You can’t chase anyone away here!”

While everyone else went about their business, I walked up to the mic, cleared my throat and sang! The only tune I could think of was a Heart song. Theresa (who was visiting) and the kids came and sat on the couch to witness this ungodly act.

I picked up Patrick’s lyric sheets and sang two reggae covers. It felt so good, I couldn’t stop! I let my musical spirit pour out of me. I la-la-la’d and woo-woo-woo’d. I ended my act with the only song I could think of – Sing a Song (“don’t worry if it’s not good enough for anyone else to hear… just sing….sing a song!”).

When I opened my eyes on the final Mariah Carey-on-crack note, DeAngelo was cleaning the kitchen with his headphones on, Theresa and Maya sat with their fingers in their ears, smiling at me – and PATRICK had come in. He sat on the couch looking frightened and concerned.

“No, Mommy has not been drinking…”, I wanted to say.

After me, Maya took the stage and sang a song from High School Musical. 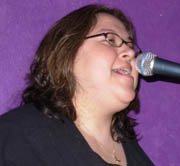 Followed by Theresa, who sang a chipper version of the Good Times theme song.

And then DeAngelo did two-seconds of a lip sync dance. He quit when I snapped this picture.

Yup. We had a full-on Murillo music fest in our living room! I don’t think I’m too shy to sing anymore (as long as it’s in front of immediate family members).

Lola Beltran would be so proud!