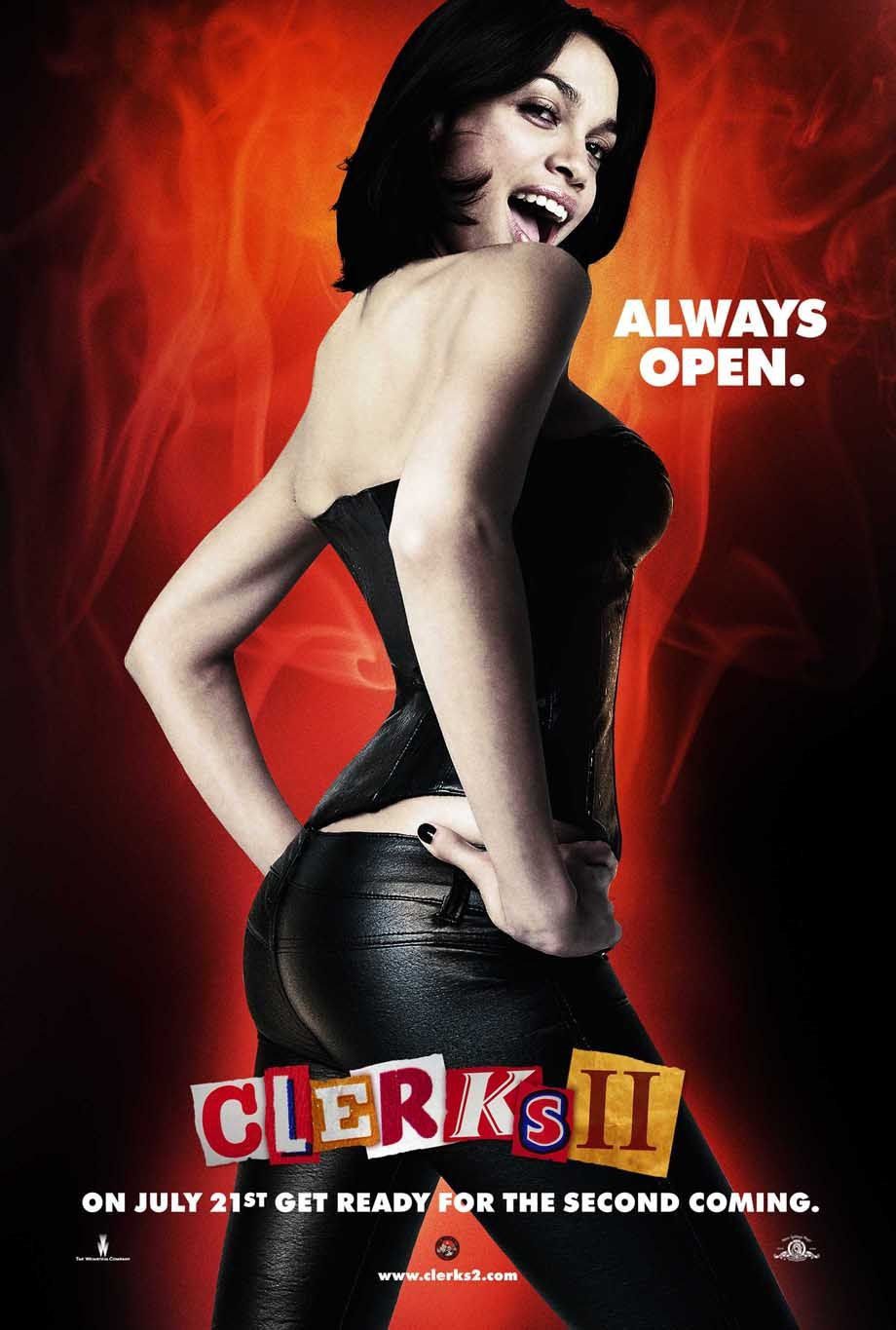 One day when Rosario Dawson was 15 and sitting on the porch of her New York apartment building, she was discovered by filmmaker Larry Clark and cast in the controversial Kids. Now 27, she ranks among Hollywood’s A-list, starring in such films as Men in Black II, 25th Hour, Sin City and Rent. Dawson is celebrating two accomplishments this month: the release of her new film, Clerks II (opens Friday), and the release of her comic book, Occult Crimes Taskforce. She phoned from Los Angeles.

Describe the scenario of reading the script?

An offer was on the table; they sent my agent and manager to read the script in this secret little office. They loved it and wanted me to read it, but I was in New York. So they sent it over with a messenger who gave it to me and said, “I will be back in exactly three hours to pick it up!” And in exactly three hours, she came back. It was so funny how hush-hush it was. The script is immersed in jokes, and if any of those jokes were to get out in public, there goes your movie. Kevin’s (Smith’s) fans are so rabid, they would have leaked it on the Internet. But I loved the movie because it gave me new elements to play with: a donkey show, Bollywood stuff, sexism, racism. And I was a normal girl, not the supersexy character, all outrageous and unbelievable. I got to play someone really cool.

What’s your advice for people like Dante who’re stuck in a rut?

There are so many gems in the film that relate to that. You have to learn to be true to yourself. I came into this business not knowing any idea of success, so I didn’t make any decision based on that brass-ring idea. I’m one of those “It’s the journey, not the destination” people. Work should be a good thing, where you can grow, learn and meet people. I try to be busy for the right reasons with things I’m proud of and work with people I care about. To me, that’s way better than being on someone’s “best something” list, because the next week you’ll be replaced by someone else.

What Kevin Smith quirks will you remember the most?

Chain-smoking in his little room. He literally edited the movie from the Days Inn across the street from where we filmed. I remember going in there to watch the cuts and being gassed out because of the smoke. I’ll remember playing poker with the guys and going to Medieval Times (restaurant); the green knight is the best! I’ll always remember that. Kevin is such a good guy.

You play the manager of a fast-food joint. Do you ever eat at places like that?

To me, fast food is like Chinese or Mexican food. I’m not a stop-and-get-a-burger kind of person. I’ll get a taco or a bagel and cream cheese. In New York I can get away with a lot more stuff. Out here in LA, I don’t trust anything. I have to try hard to have a real meal. There’s no places where you can just pull over or run in and grab something.

Congrats on launching your own comic book this month.

Thank you. Comics have always been a part of my life. My Uncle Gus is a comic-book artist in the industry, and has been for 15 years. Growing up, I knew he had this big collection. Anytime I wanted to read it, I had to sit down and he would flip the pages for me. I wasn’t allowed to … touch them. They were sacred text and I wasn’t worthy. It gave me an awe for the art. … Now I’m in this position that I can be a co-creator of a comic, I can work on the story, the direction, the look and the characters. … It’s one of the most exciting things I’ve ever done in my life.

Her savior for summer skin:

“I’ve used a bunch of Yonka masks and moisturizers. During the summer, my skin gets so dehydrated, especially when I travel. And I also drink a lot of water, but lately I’ve been turned on to this stuff called Sibu, based off a Tibetan thing called sea buckthorn. It what Lance Armstrong drinks, and all these other people. It is an amazing, great food drink based on one berry that has tons of antioxidants, all your vitamins and minerals, all the omegas — everything you need. It’s really great. It’s a fruit drink that I have in the morning because it’s hard when I travel. It’s easy to get on the fast-food track, and I don’t want to do that.” (For buying, information, visit www.seabuckthorn-info.com.)

Her favorite scent to wear:

“I’m not a perfume person; I’m an essential-oil person. The spray of perfume throws me off, although I love it because it reminds me of my grandma, who used to wear pretty perfumes all the time. But I prefer lavender oils to relax me, or if I want to smell sexy I’ll wear rose. Jasmine is good, too.”

The favorite room in her house:

“My boyfriend (Jason Lewis) and me live out here in LA, and my favorite room is my living room. We have a fireplace, no TV. We sit in there and read. We have a projector so we can watch movies. And my backyard, too. We just installed a little fountain there, so it’s nice because it has all the elements. We can see the breeze in the trees; we can hear the water, and the crackling of the fire. We put clover grass in the backyard because you don’t have to maintain it as much as grass and it looks beautiful and blooms little flowers. I love that relaxing environment.”

Her secret tip for successful shopping:

“I do most of my shopping in New York in little thrift stores. I like having individual pieces. You don’t have to worry about someone else popping up in the same thing. I believe in shopping for what looks good, what feels good and makes you happy, not something you saw in the fashion pages. That stuff is not for everybody. I see a lot of faux pas because women try to wear what someone else wore. Know your body, your face and find what works for you. If heels are not for you, there are some really sexy flats out now. That vibe of strolling down the street with your head held high, I’m telling you, will turn a lot more heads than you teetering down the block in heels looking uncomfortable.”

Reproduced with permission of the copyright owner. Further reproduction or distribution is prohibited without permission.