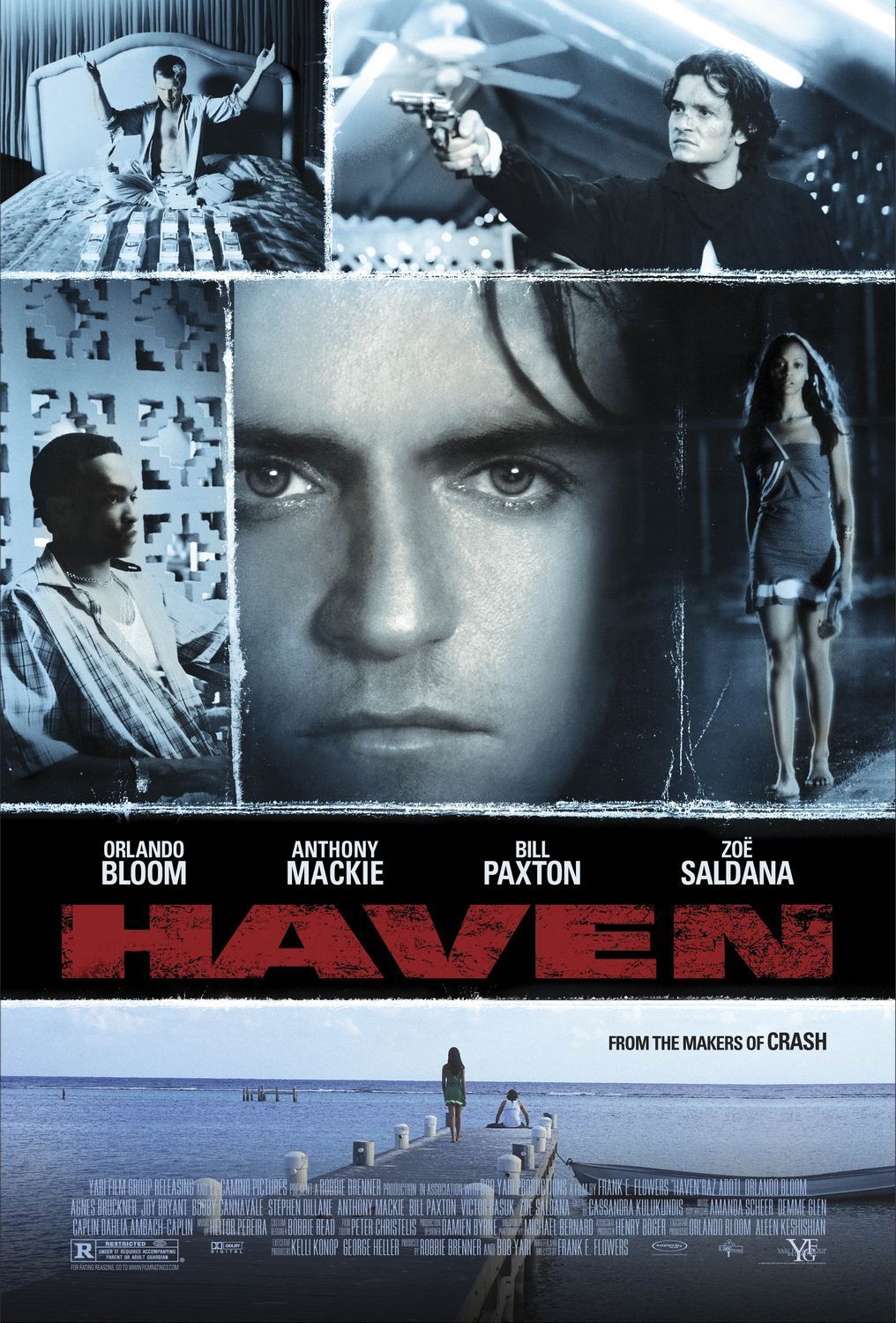 Zoe Saldana, 28, has been in the movie business for only a little more than five years, but she already has racked up nearly 20 roles.

Her projects include Center Stage, Crossroads, Drumline, The Terminal and Guess Who. Friday she co-stars in Haven, an independent film about dirty dealings in the Cayman Islands. She plays Andrea, an islander who falls in love with a man her rich father despises. She recently called to talk about the part.

You worked with Orlando Bloom in Pirates of the Caribbean. Now you two play lovers in Haven.

Who knew it would work out like that? He is such a cookie to work with. I was nervous. Every film, it’s like starting from scratch, it’s scary. So with Orlando, it was good to see a familiar face. … But I didn’t know what role he was going to play. It was interesting that we were paired up.

Not only paired up, but torn apart. Did this film remind you of any juicy forbidden-love flicks?

Oh sure. I love The Way We Were and Out of Africa. I’m a big Robert Redford fan. For me, he’s the simplest actor. I don’t mean that mean. He’s amazing because he’s so organic. He can make you feel so much. He just is so good in those gorgeous love stories. Another favorite forbidden-love story is Secretary. I think that film is a beautiful love story. As you can tell, I’m not a Romeo and Juliet type of person.

What was it like to film in the Cayman Islands?

It was beautiful, the treatment that we got. … The vibe with the people, I felt like I was at home in the Dominican Republic or in Puerto Rico. It was wonderful.

Any scrapbook-worthy memories from the Caymans?

We were drinking wine all the time (laughs). There was this one place called the Champion House. It’s a Jamaican restaurant that’s been there for years. I was literally there every day before I went to set and after I wrapped, eating ox tails, barbecue chicken and rice. I don’t know how I didn’t gain weight.

You’ve averaged three films a year — how did your career get rolling so fast?

I think my turning point was Center Stage, my first film. There was something magical about it. It was about ballet. I had just consciously walked away from a ballet career before I took that role. I left dance to explore acting. I thought it was a godsend to have my first movie be about my biggest passion. But after the film came out, work didn’t come easy. I had to go after everything. And it helps if you have a good team behind you because you never know which film will be the one that everyone watches. Other than that, I let life do its work.

Do you think you’ll ever go back to dancing?

No, I don’t think I’ll go back. However, if a decent dance movie comes along, I’ll grab my tiara and start doing my plies again.

What it’s about: An American businessman with shady financial practices runs away to the Cayman Islands.