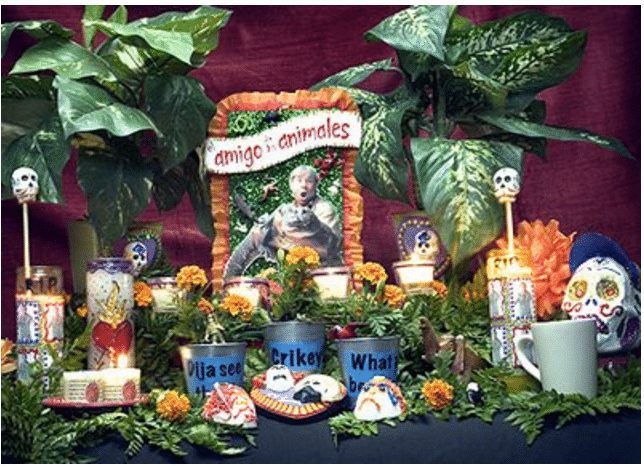 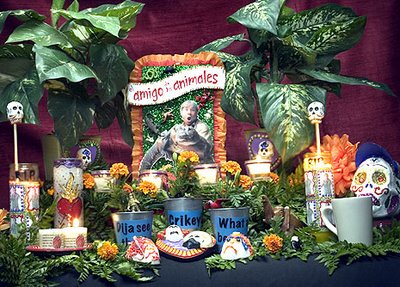 In 2002, I had the pleasure of conducting a face-to-face interview with Steve Irwin while he was promoting his film The Crocodile Hunter: Collision Course. Until then, I had never watched his TV series. Five minutes into the conversation I knew I would start watching. His energy and enthusiasm were infectious enough to convert me into a card-carrying Crocodile Hunter fan, which is why I chose to create this Dia de los Muertos ofrenda in Irwin’s honor.