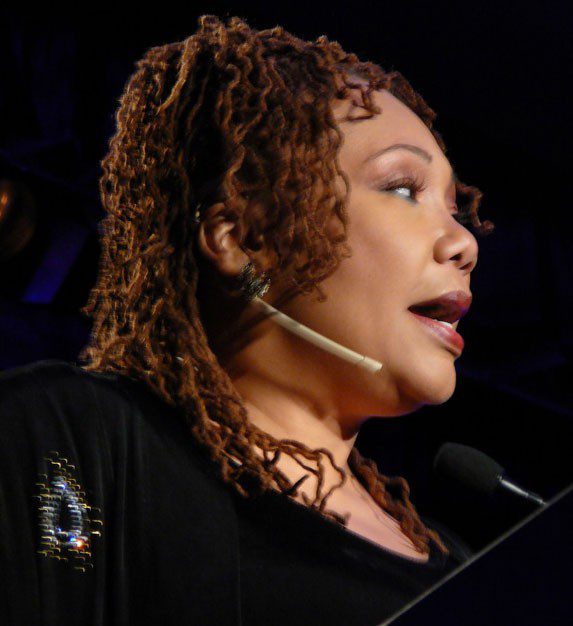 Today there were so many headlines, like with any other day.

But one of them broke my heart and made me choke up. Actually, it made me cry. Yolanda King passed away.

She was the daughter of MLK Jr, and preached peace, just like her dad. Several years back she came to town and I had the opportunity (blessing) to interview her by phone for a story. Through the whole conversation, it took all my might to hold back my tears because her words were so moving and sincere. They felt so soothing to hear, like vitamins for the soul. And yah, my voice got all quivery. Dang, I’m practically weeping as I write this. I’m so sad. She was only 51. I can still feel her spirit, it was so upbeat and positive, she glowed.

Often times I think of what she told me that day and the memory makes my heart swell. I couldn’t find my story online at AzCentral, so I’m posting it here. Yup, I have kept it in my computer to refer back too whenever life begins to take it’s toll.

Yolanda King knows how sappy that sounds. She has every right to believe the opposite, that the only way to fight hate is with brutality.

But the eldest daughter of the Rev. Martin Luther King Jr., a father stolen from her by violence, still believes in hope. In peace.

In love conquering all.

Which is why King won’t tolerate misbehavior of any kind in her presence. No insults, no anger. She won’t allow hate to steal more from her that it already has.

King spoke at a dinner in Scottsdale on Wednesday, kicking off a weekend of Valley-wide observances for Martin Luther King Jr. Day.

Her concept of retaliation may sound as peaceful as a Zen lifestyle, but her message is delivered with the fire-and-brimstone spirit of her father.

”The way to conquer hate is with love. It’s a very powerful tool,” she said in a phone interview from Los Angeles before her appearance. ”I know it sounds sappy and mushy, but I mean it. When love is taken seriously, it can be used to turn an enemy into a friend. It’s the only way to dilute the hate and evil that may be present.”

It’s no surprise that King has adopted her father’s utopian vision. But like her dad, she sees many of the same racial and social challenges in society. She may have adopted his passion for public speaking, but King more often opts for another path to peace: acting.

By age 8, she was writing plays and casting her reluctant siblings in the title roles. By age 12, she was a pro at choreography and directing – even if it was only for her peers and family. Those seeds of acting eventually bloomed into a full-time Hollywood career.

”I’ve sought for that all my life,” she says. ”To me, just going up on stage in front of a camera isn’t enough. My acting roles have to have a higher purpose. They have to teach some lessons and pass on some important truths.”

In her dozens of roles, she has portrayed everyone from Rosa Parks to Betty Shabazz, the wife of Malcolm X.

Aside from the lights and cameras, her goal is to help the world remember what her father stood for and, hopefully, keep his words alive. She sees the MLK holiday and events as a welcome avenue for people to celebrate her father’s accomplishments and beliefs.

For those who can’t make any of the festivities, King wants them to remember at least one thing.

”We are all children of God,” she says. ”Even if you are not religious, you still have to believe we, humanity, all come from a higher power. That’s our common thread. If only we focused on what we have in common instead of what separates us, it would make a difference.