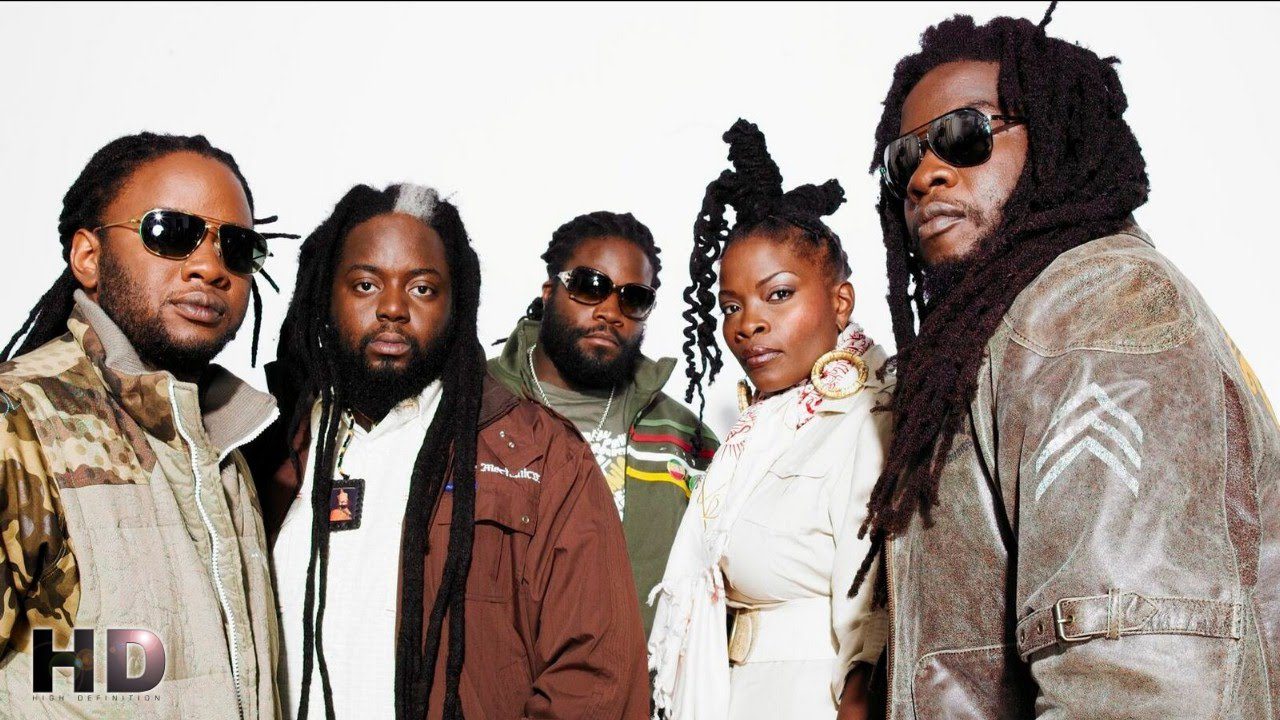 Boycotted from my favorite band’s concert!

This post is dedicated to Alisa in Texas, who wrote me last night to let me know she misses the “drama” part of my “crafts, drama, glitter” blog. She has been a long time follower of this site, and I do not want to disappoint! I promised her (and you!) to update more frequently! We have been crazy busy with orders. It has been non-stop since January when the NPR segment aired. We work until sometimes 1 a.m. on making everything. Today we got it all shipped out, so I’m free to blog. I wish it could be a happier post though…

Here is my drama adventure for the week: We got boycotted from a concert (well, Patrick did, and what was I gonna do, send him home and party in the front row?)!

Wednesday was Patrick’s birthyday, and for the past two months we vowed to clear the night to go to Club Red to see Morgan Heritage. No matter how often we plan a night out, at the last minute something comes up, and we end up at home. Not this time. We had three solid reasons for trekking across town for this show.

1. To support the reggae scene here in town, and our friend Carl who was producing the show.

2. We LOVE Morgan Heritage, they are one of the BEST contemporary Jamaican reggae bands on the planet. We’ve never seen them live.

3. It was Patrick’s birthday!

The kids are 17 and 14, and this was the first time we were to leave them alone for a late night. DeAngelo is currently going through a World of Warcraft addiction, and Maya was deep into a marathon session of Felicity Season 2. I thank God everyday I have nerds for teens (I mean that lovingly, thank you very much)!

We head out to the club which is 40 minutes away. We get lost. We finally find it, and the place is packed. We meet up withour friend Richard and his girlfriend. First thing I notice is a row of college-aged security guards at the front door. Weird. I haven’t seen that many uniforms since I went to the Yankees/Red Sox game a couple of months ago!

We pay our $50, and our friend Casper is on stage as the opening act.

His set ends, and Patrick and Richard go outside to talk with the band. Patrick has been performing in Tempe for close to 20 years, so when we go to see other bands, we always take time to go give props and such. It’s all about supporting eachother. I stayed inside.

On my way to the bathroom, I notice that there are even security guards lined up outside there – and they all had maddog looks on their faces, like they were just waiting for trouble to go down. I told one of them as I passed him: “Reggae people are cool and irie, one of the most peaceful groups of people you’ll ever come across. Enjoy the show while you are here, the band is awesome!” He looked the other direction and didn’t even acknowledge me. I thought of how much of a downer that is because Morgan Heritage is all about peace and love. The vibe these dudes were giving off sucked.

20 minutes later, Richard’s girlfriend and I are chatting by the bar and she gets a call from him. He tells her the guards out front won’t let them back in, and they don’t know what’s up.

I go up front and see Patrick standing on the other side of the entrance. Carl, our friend who is putting on the show, is working the door tells me that he is going to go get the manager of the club to clear it up, and if I can work the door.

So for the next 30 minutes, I’m putting glow-in-the-dark bracelets on people after they pay, and making sure whoever enters has a wristband. Carl is nowhere to be found. I finally step outside and ask the guard what’s up and he shortly informs me it is not his problem. Even when I tell him we came from across town, spent $50, our kids are alone at home and it is Patrick’s birthday – and if he can please explain why he can’t come back in. What is the specific reason? Don’t we even get the courtesy of knowing that? He chuckles, like he enjoys the power.

So I say “F-it”, and go outside to be with my man. I never get worked up like that! This is what I heard from several people in the area: They guys were talking with some other dreads (people with dreadlocks), and a young security guard walked by them real fast, and sneered. The guys came back to enter the club, and heard the guard snap to the other guards, “Don’t let them back in.”

Patrick said his jaw dropped in shock. He asked the guy,”Dude, what’s up? What did we do wrong? Is there a sign that say no re-admittance or something?” The guy ignored him.

They wouldn’t even let him in to go get me, or Richard in to get his credit card from the bar tab. When we saw a REAL cop walking around the parking lot, Richard told him what was up, and the cop laughed at the guards, and politely took Richard inside to get his card. The original guard who gave the order sees this and quickly grabs his nightstick and follows behind Richard. Hello? Richard is a suit-wearing lawyer, what kind of rumble is going to start?

By this time, I’m MAD. I feel so cheated. Our night was stolen from us, just because of some guy on an ego trip. As we make our way back to the car, I start hollering “CLUB RED SUCKS! We’re NEVER coming back here! Reggae is for lovers, not haters!!!”

Patrick freaks out and gives me the “chill” look, because he has never seen me go all M.E.CH.A like that. Later on, he told me it gave him the chills (giggle), but at the moment, we we left.

We ended up at Richard’s house, hanging out in his music studio. Patrick played the keys and sang, Richard played the drums, Dumi, the guitar player and his friend, a trombone player even came.

I shook the maraca. Dang this is a corny picture!

We refused to let the preceding events get the best of us. We made it a fun night anyway. We got home, the kids were still in front of their screens, and the next day Carl called and apologized. Come to find out, there were several people who got treated the same way as us. Not only that, the security guards even hassled Morgan Heritage!

One thing I don’t really talk about here is that before I started Crafty Chica, I used to work in the music scene as half of my job. I booked bands into different nightclubs and coffeehouse, I was the manager of Patrick’s band, and booked his gigs all over the state. I even served as road manager every summer for a Jamaican reggae band when they came through Arizona. I’ve even prodcued large scale concerts back in the day! I know the in’s and out’s of putting a show together. The most important element is that you have to have the right vibe.

I’ve been to hundreds of shows, and have NEVER seen anything like this. Usually the guards are cool, just doing their job, and ensuring everyone has a safe and happy night. The Club Red scenario reminded me of when I used to have to go to movie screenings for work, and whenever there was any kind of ethnic flick, there were always two security guards wanding everyone before they entered the theatre. Even for a Chris Rock romantic comedy. What is up with that?

Whatevs. I rarely rant on here, but that’s my dish for tonight. I have to end it because my chicken is burning in the oven right now, and I don’t want to let the mean Club Red security guards ruin our family dinner! Happy, happy, joy, joy!

On that note, I’m leaving you with one of my favorite Morgan Heritage songs (a cover of Steel Pulse’s Raid Rootz Dance).