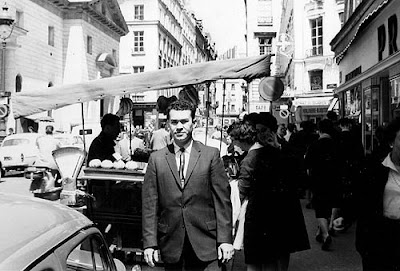 All through my childhood, there is one thing I remember most about my dad: his work ethic. It was 24/7/365.

In the morning, he was always running late for his job as a civil engineer for the City of Phoenix. It was my duty to find him a matching pair of socks (sometimes they didn’t match, and boy did I hear about it at the dinner table!), make his coffee, and close the garage door behind him after he sped away.

He’d get home at 5:30 p.m., and my mom and I would have dinner all set to go on the kitchen table. He’d eat, ask about our day, tell us about his, change his clothes – and then head out to the garage where he started his second shift as a freelance auto mechanic.

I checked on him every hour. I’d poke my head out the door to offer him ice water, or a cup of decaf. Sometimes I sat out there on the wooden step ladder and tried to help, which consisted of him sticking out his arm from under the car and telling me which tool to hand him. He often stayed out there until 2:30 or 3 in the morning. And the routine would start all over the next morning with him running late for work.

Weekends were no different, except he started his day with a 6 a.m. trip to Park and Swap where he shopped for broken cameras that he could restore and resell at a premium price. And then he’d come home, eat breakfast, and head back to the garage to fix more cars. If I was going to the mall, I’d step out side and say: “Hi Dad! I’m going to the mall with my friends today, could I please have $5 to buy a pop?” He’d roll out from under the car, reach for his wallet, and hand me a $20. Never once did he ask for change, even when I offered to give it to him! Although he did always ask to see what I bought. Even as a spoiled teen, I repsected that $20 bill. I knew how hard he worked for his money. I had watched him wipe the sweat off his face every time he rolled out from under the car he was fixing.

Cars were just one of his side gigs. He can fix anything at anytime. When he was a teenager, he even made and sold jewelry. He made model cars and entered them in comptetions, and even won some of them. My sister used to go with him to camera shows where he would sell vintage cameras and watches he restored. She said he would get goosebumps whenever he made a big sale. I can sooo relate to that!

These days my day is retired from his second job! After the city of Phoenix, he became bored having so much free time, so he began a new career at the city of Avondale. He recently retired from there too, after another long run. He has worked so much all his life that now that he doesn’t have any tasks left to do! My mom hires a gardener, the cars go to the dealer to get fixed, us kids fend for ourselves. He can relax and enjoy life. I bet if he had the energy to start another career, he’d do it in a heartbeat!

I was thinking of all this tonight while I was working on the last of my weekend chores. I sent out 15 eBay packages, made more samples for the product line, decorated a glittery train case for a magazine assignment, made jewelry samples for a buyer at Target, and wrote scripts for a webisode series that we are filming the week after next. It was actually supposed to be filmed this weekend, but thank goodness it got pushed back two weeks! This time next week, our house will have a total makeover because of the shoot! Tomorrow morning I have my Spanish class, and then I head out to Fresno until Friday. Add in two home cooked meals for the family, plus several loads of laundry, a night watching High School Musical 2 with Maya, helping DeAngelo with his homework, and whew! It was a jam-packed couple of days. I’m supposed to be tired, but I feel like i could take on one more task right now.

What is Patricio up to? He is working on recording a new CD. When I was writing my novel, he ran the whole house so I would have quiet time and now I’m returning the favor. I want him to finish this CD so he will have a new product to show off and sell. Everyone thinks of him as an artist first, but really he is amusician first. Art pays the bills, music is his first love. So I’m all there to help him finish that disc. I even made him a bright red sign with glittered letters that says “QUIET: RECORDING!” That way he can hang it outside the door of his studio.

Why do I do it all? Sure, money is a factor, every job does put food on the table for the family. But it’s more than that. Even more than just doing something creative. I think it is the feeling of accomplishment and feeling useful, hopefully appreciated, just making my mark. Helping others do the same, inlcuding my kids! Even if that means me staying up until 2:30 or 3 a.m. every morning to finish work.

People often ask me, “How do you do it?”. I wish I could take all the credit, but I came to the conclusion tonight that I can’t. There is no secret method, just sheer willpower to follow through. It’s like, i see that something needs to be done, and if I don’t do it, nothing will happen. There will be repercussions that I’ll kick myself over later. So I complete the task just to have closure, and to be able to cross it off the list.