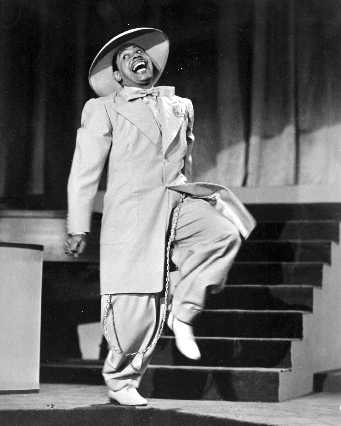 Those words made me gasp with joy.

DeAngelo, our son – a senior in high school – had finally decided to attend the prom! A first for him. He never even went to homecoming (well he did, but it was to take pictures for yearbook), opting for marathon sessions of World of Warcraft or making his mini-movies.

Back in high school, I always boycotted the prom and homecoming. Secretly though? Only because I didn’t know of one person who would ask me! Patrick on the other hand, a.k.a. Rico Suave? – lordy, he went to every dance all four years. I wondered what side of the social fence DeAngelo would sit on. I’ve always wanted (and urged) him to go to school dances, because now that I look back, I wish I had gone.

So when he made his grand announcement, I couldn’t help but jump up and down and giggle. My kid turned out normal after all!! He was going to prom!!!

“Right on, DeAngelo!” I squealed as I popped open a can of Diet Coke and took a messy swig in his honor. “Who is the lucky girl?”

Yes. I did choke on my DC. “Um…can you do that? Won’t that be weird for Tony and his date? I bet if you just ask, the would be a lot of girls who would want to go, give yourself a chance…”

My mind raced with cousins, kids of friends of ours, MAYA! Would that be weird to go with his sister?

Nope. His mind was set. Tony, his best friend since 8th grade, had invited him to join him and his date (“because she is just a freshman and won’t care”). I sighed and felt fine with it. I moved on to the next order of business.

“What kind of tux do you want?” I asked, envisioning him as Benjamin Bratt at the Oscars.

“I know exactly what I want to wear!” he beamed. “A yellow zoot suit just like Cab Calloway, with a top hat…”

After a moment of uncomfortable silence, I gently set down my can of pop and said, “I’ll be right back.” I calmly walked away to go find Patrick.

“He wants to go to the prom in a yellow zoot suit, a top hat, and no date!” I panted. “We can’t let him! Imagine him standing all by himself at the punch bowl. My mom is doing this to me! This is what I get for cutting my hair in a mini-mullet my senior year! She always said she’d get me back!”

Patrick told me to chill, that he would handle it under the father/son bonding category. In the meantime, I went along with it. I remember being 17 and if my parents didn’t want me to do something, it made me want to do it even more.

Don’t get me wrong, I think it is 100% totally cool that DeAngelo wants to be different and stand out, and that doing it for the first time at his senior prom is respectably daring. My worries were that there would be mean kids who would make fun of him. I would sooooo pull out my industrial glue gun if that happened, and it would not be for a craft project!

Last week when I was in Cali, Patrick took DeAngelo to get his suit. Patrick called me afterwards and explained that he let DeAngelo pick out his garb of choice, which ended up being a black tux with tails. He said he told DeAngelo that a top hat would be fine too, but that it would be a drag to have to carry it around all night, and that people would want to try it on and it could get dirty. So DeAngelo decided to ditch the hat.

Last night was the prom, and DeAngelo had me take him (and his suit) to Tony’s, where he got ready. He went to dinner with Tony and his date, and then on to the prom.

I chewed my nails all night, and finally at around 11:30 p.m., I called him for the status report.

“Awesome!” he said. “First of all, I love my tux because there were lot of zoot suits, so mine was different, I stood out. And a bunch of girls from my classes pulled me out to dance. They loved me! I had a lot of fun! I’m so happy I went!”

We said our goodbyes, I hung up the phone, and cried like a goofy mom who just realized this time next month, her son would be at graduation.

OMG. We haven’t even discussed cap and gown yet… 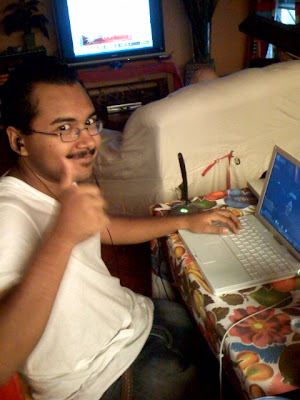 DeAngelo taking a break from World of Warcraft. I will post his prom picture a.s.a.p.!