Skip to content
Home » Unearth Your Talent: Just Do It!

Unearth Your Talent: Just Do It! 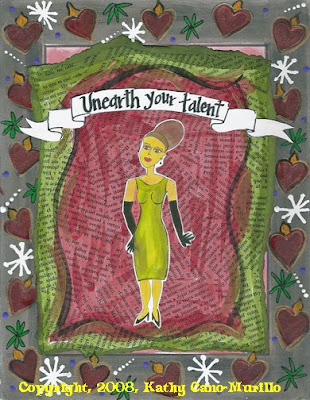 When you come across someone doing something you’ve *always* wanted to do and kicking butt at it – what do you do? What thoughts go through your head? What kinds of feelings overcome you?

Maybe it is someone you’ve seen on TV, or in a magazine. Maybe it is a celebrity, or a supervisor at work. Do you immediately dismiss that person? Come up with a justification as to why they are successful and not you?

It happens to ALL of us at some point in our lives. It’s 100% human nature. I used to do it all the time.

Yup, I used to say all those things. Even as recent as a few days ago (the trainer one, heh heh). I hear them from other people all the time, even as recent as today at the coffee shop. These little nuggets of negativity and insecurities creep in and we can either feed them or shoo them away. As soon as we recognize that, we can turn that energy to nurturing our own talents!

You have the goods within you to kick butt too! Remember, no one is good at everything, we all suck at some things, but we shine in twice as many. So pinpoint your “expert” areas and work ’em til the sun comes up.

What I’ve learned is to not be afraid to admit what you want. Don’t feel guilty about being specific with your goals. If you make too broad of a statement, the gap is so big between there and where you are now – there is no logical way to reach that goal. However, if you break it down into smaller chunks, you can zero in with laser beam vision to tackle each hurdle.

The first step is to admit what you want. Say it out loud, write it down on paper, or even make a doodle page in your journal about it. Just get it out there so start the wheels turning. Program yourself. Summarize it in one or two words and use it as your password for your computer sign on, so you see it and say it every day. It’s OK if it is a crazy ask-for-the-moon request. Don’t rely on anyone to cheer you on, count on YOU. Anything else is icing on the cake.

When I first thought of writing a novel, I was waaaayy to embarrassed to tell anyone. I non-chalantly mentioned the idea to a couple co-workers, just to see what they would say. I was hoping they would cheer “Go for it, Kathy!” But instead, one laughed out loud and the other rolled his eyes. I chuckled too, but inside my spirits were crushed. Who did I think I was? I only had a business degree – no writing classes. I learned everything through trial and error. I was lucky I was able to write craft books! I felt like a musician who couldn’t read music, but still managed to pull off a gig every night.

Finally – something clicked. I realized that just because they underestimated me, I didn’t have to follow. I eventually told myself that either way, time passes. What would it hurt if I tried to write a fiction book? It’s my time, my energy. If it sucked, what did I have to lose? If anything, I could tell my grandkids that I once wrote 90,000+ words.

That was in 2004. I joined a writing group, subscribed to publishing magazines, and read all kinds of books. I wrote my manuscript and sent it to my agent. I felt so confident and imagined myself signing a stack of book contracts!

He called me a week later and told me to go back to the drawing board. He didn’t even write notes. I cried and thought of the wrinkles I probably received due to lack of sleep while writing this silly book. On the outside I gave up, but inside, I kinda had a feeling I would go at it again. I just didn’t know if it would be in a month or 10 years.

A year later I taught a shrine-making class at a writer’s conference in Miami. I came home so fired up about writing, that I immediately opened the document and started all over. By the time I finished, another year had passed. I had a new agent. I sent her my revisions. I expected her to tell me it sucked, but instead – she sent me 11 pages of single spaced notes! She told me I had something solid, it just needed tightening. I took two months and completed the revisions and sent it back. She sent me seven pages of double spaced notes. We went back and forth for weeks until finally she faxed me pages with notes in the margin.

Last week, the William Morris Agency sent me the publishing contracts for my first two novels. That’s right! Last July, I scored a two-book fiction deal with Grand Central Publishing – and that was after two other houses made offers. My book is being published! Who would have EVER thought that would happen? What if I had listened to those people who chuckled? I thought back to that earlier scene when I put my pen to the paper and signed my name on the line. 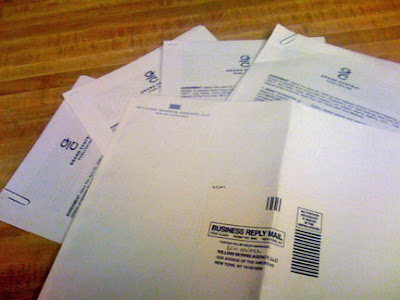 I did it! I unearthed a talent I had no idea I had.

You can do it too. Singing, dancing, writing, drawing, speaking a new language, taking on a new career – it is totally doable!

After you commit to your quest, make a conscious effort to get out of your current routine. Amp it up five notches. Make at least one sacrifice in your time so you can concentrate on your goal. Action! Some goals take a few minutes to achieve, others may take years. Each day that passes is a day wasted. Let yourself break a sweat, it feels awesome! You may find that sweat generates adrenaline to keep you going!

I’m writing this tonight because soon I’ll be going back into my novel for more revisions, this time from my new book editor. There is a lot of hard work ahead, it’s not easy tearing open a 90,000-word document and rearranging the furniture. And this time my time is limited; I have to work fast to meet the deadline. But I set the goal and reached it.

As the cliché saying goes, if I can do it, you totally can too!

How to give a CRAFTY CHICA makeover to old furniture!

16 thoughts on “Unearth Your Talent: Just Do It!”

How to teach a painting class

How to lead your own crafty online retreat

Easy crafts to make and sell

Vision Board and Manifesting Tips

How to have a national greeting card line