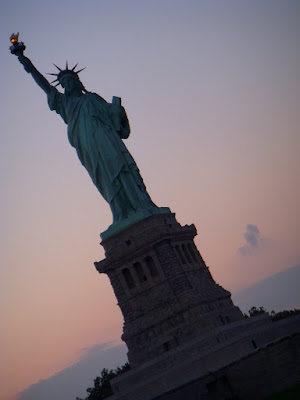 I’m home from NYC! It was such a wonderful trip, I loved every second of it! We took the red eye out on Friday night after our exhibit opening (which rocked – hundreds of people came to see it!).

I was soooo tired because I had been up until 2 am all that week, and then the exhibit, and then the plane ride. We got to the city early Saturday morning, and our room was not ready. This was around 8 am. By 11, I fell onto a couch at Virgin Records in Union Square, unable to move. I ended up taking a cab to the hotel and sleeping in the lobby until 1. We got our keys and I slept for 13 hours straight! I needed that really bad. If I had been at home, I know I would not have let myself STOP.

The next day we hit St. Mark’s place, a boat ride, dinner and dessert. The treat of the day was meeting – in person – Jeff Rivera! He started as a self-published author who had his book, Forever My Lady, picked up and re-released by Warner Books (now know as Grand Central Publishing). He is such a great motivator and spends all his time trying to make the world a better place. 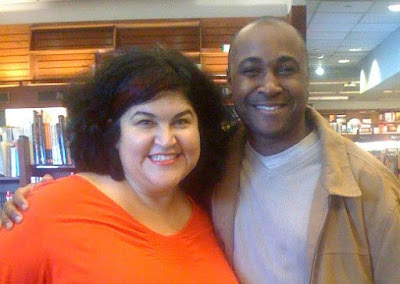 I met Jeff on MySpace, and sent him an email on Sunday, totally out of the blue. He was like “Where are you? I’ll be there in one hour!” and he was! We chatted about book publishing and he gave me some great tips on navigating the fiction book process. Even back in the day – I was working on my first chapter and he helped me get it in shape. Thank you, Jeff!!!

Monday rocked the hardest. This was my whole reason for going on this trip – to see my book editor, Selina McLemore of Grand Central Publishing. Although, Monday I learned that Nicolas Sparks was going to be signing books at Rockefeller Center. Yeah, it sounds corny, but I love his story of how he wrote The Notebook – his first novel – and sold it for $1 million!! Sometimes I just feel like reading a gushy book that will get me all choked up and his books do it. I haven’t read all of them, but I respect him so much. I would have loved to have gone to his signing, but there was no way I would miss or postpone my meeting with Selina.

I met Selina and we went to lunch, came back to the office, and she had my manuscript all sorted with colored Post Its to match each character. This is exactly what I had been waiting for! We talked about what needs to be cut (two secondary characters) in order to make the book bigger and better. I felt like taking a cab ride home to Phoenix right then and there so I could get started on the revisions.

A bit later in the meeting she asked me, “Do you like Nicolas Sparks? He is one of our authors and he is in the building signing books.”

So…I GOT TO MEET NICOLAS SPARKS!! I told him I had just written my first novel and that I was honored to be with the same publisher as him. He told me how his next book is due on shelves in the fall and he hadn’t even written it yet! His agents and editors were there, and their brows perked up. “Stop talking and go write!” they joked…He congratulated me, gave me a handshake, and told me that he hopes I sell a million copies. Yes, I got choked up. 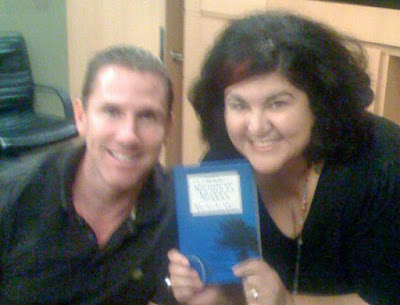 Here is Selina at her desk after our meeting. Don’t let the devil hanging there fool you – she is really an angel!!! She is sitting in front of all the books she has acquired. I can’t believe mine will be among them! We are still on the hunt for a title and cover idea. I think after I knock out these revisions we will all have a better sense of what to call it. 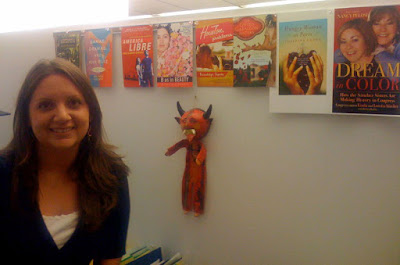 I wrote the first draft of my novel for National Novel Writing Month in 2004. NaNoWriMo begins again on November 1st at midnight. If you’ve ever had the inkling to write a fiction book, you should try this. I outlined my book for a whole year and it wasn’t until NaNo that I made myself DO IT! 2,000 words a night, baby. It felt so freeing and fun to work a totally different part of my brain. I had never written fiction before! If I can do it, so can you!