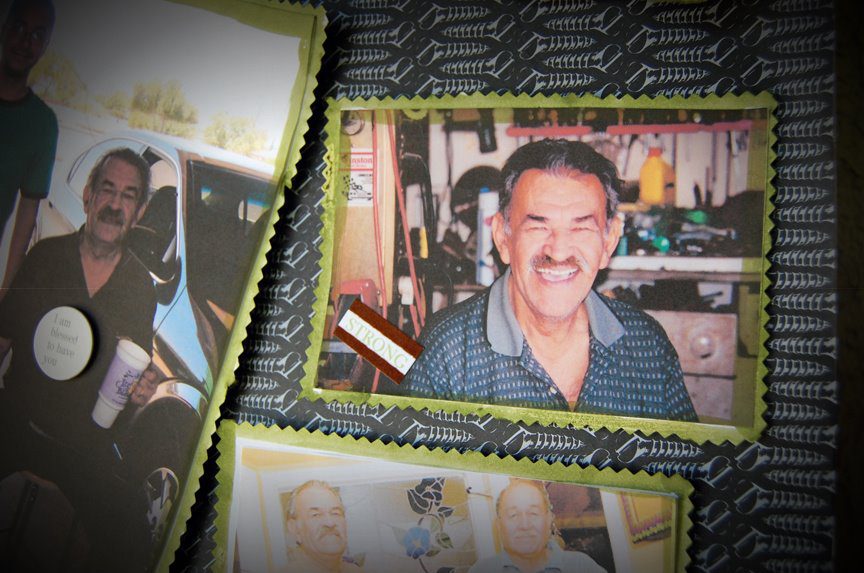 Thank you from the bottom of my heart.

I would like to say THANK YOU to everyone here for your kind words last week in the passing of my father. Thank you for the flowers, sentiments, calls and letters. Even though his cancer had progressed very far, it was quite unexpected. Your words, thoughts and prayers helped so much in making it through the week. All throughout the days while making the funeral arrangements, still dealing with the shock of it all, trying not to totally lose it, I would peek at my email and your thoughts gave me strength. I hope to repay you for that!

We had no idea that this day last week would be his last. He led a very full 72 years, made lots of friends, changed the lives of so many people. His funeral services were so beautiful and uplifting. We had a priest with a sense of humor that my dad would have liked. We played his favorite music, had a slide show of pictures from throughout his life. My dad’s friends from grade school, high school, and work came out in droves to pay respect, honor his life, and share stories. His brothers shared hilarious stories about growing up in a house with nine kids. And boy, did they have some whopper tales to tell! My dad did so much more than I imagined. Even if resources were tight, he found a crafty way to go above and beyond his goals. It only made him smarter and sharper!

There have been waves of laughter and tears when we remember my dad. But we all are thankful that he is no longer in excruciating pain. Even up to his last day, I felt like I was still learning from him.

My dad never once gave up this fight. Do you know the last thing he told my sister before he left his hospital room that night? He told her to bring his cancer pills, that he would need them for the morning. Even after all the bad news the doctors told us, the pain he was in, he still was fighting to hang on. That determination is what kept him with us for these past few years. We only found out the other day that after my dad’s heart surgery two years ago, doctors expected him to live six months more. They totally underestimated him! Even in his last week, he was still using his walker proudly. Still going to family parties, playing with the kids. When we were all crammed in his tiny emergency room, he was very alert, in pain, but still wanting to joke and hear stories. At one point, my sister joked and told him I got a tattoo.

He sprang up and said, “Kathy, come here, I want to see it!” I couldn’t tell if he was impressed/excited or mad, lol… I almost wished I did get a tattoo just to find out!

Anyone who has lost a loved one will agree that an event like this changes you forever. Everyone who spoke about my dad all said that what they loved about him was his positive spin, he always looked for the upside to get through tough times.

I don’t think my smiles will ever be the same after this, nor my tears. Things that used to bug me suddenly don’t seem as important. Silly things that used to make me cry don’t seem worthy of tears after this. I feel like a whole new chamber of love for my mom, brother, sister, kids, and husband has opened inside me. I learned it is more important to embrace the moment and make the most of every experience than it is to judge or criticize.

On Thursday night we all went up to speak about our dad. I was so worried I wouldn’t be able to get my words out because I am a highly emotional person. So many people here gave me awesome advice of how to get through it. So I’m going to share that!

Whether it is a happy event or sad, focus on the purpose of why you are speaking. Yes, I cracked a couple of times, who wouldn’t? But I kept telling myself that my dad deserved for his friends and family to hear these words. I was doing it for him. As soon as I drew in a deep breath and remembered that, it really helped a lot and I got through it.

I’m sending gobs of love out to all of you, and your special ones who have passed away. We are all in this together! I’ve been told the pain never really goes away, so it is a matter of being strong, being positive, being grateful!