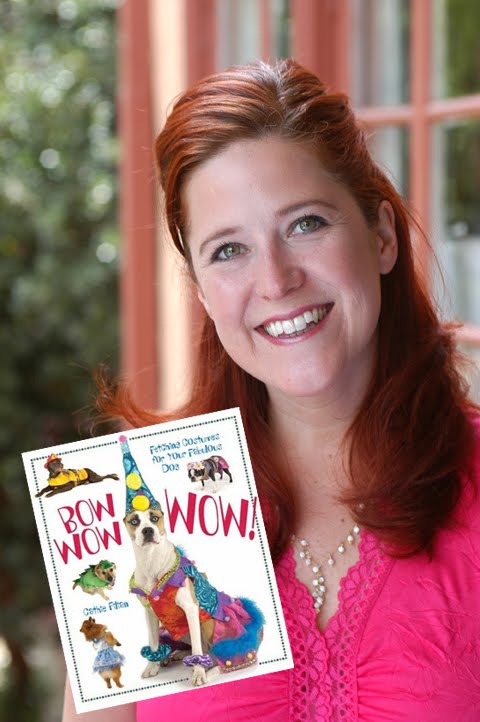 Cathie has been a crafty friend of mine for many years. I’m so proud to have seen her career blossom and bloom from a Hollywood costume designer into a TV personality, book author and national spokesperson. Cathie is also a glitter freak like I am! She was one of the crafters who came out in support of the sparkly stuff for our Safe Sparkle Glitter Rally. We scored tickets to the Ellen Show and Cathie brought glitter in a vacuum-sealed bag. I love her keen sense of humor and her love of inspiring people to get creative!

This year she had a new book come out – Bow Wow WOW!: Fetching Costumes for Your Fabulous Dog ($17.95, Lark Books, paperback). The book was a hit and now Cathie is taking her work to a new level. She is holding an eBay auction of the costumes she made for the book …well, I’ll let her explain!

P.S. It’s only fitting we focus on doggies this week, since last week we had Skelekitty!

CraftyChica.com: Cathie, tell us about these amazing outfits! How did you come up with the idea for a book about dog costumes?

The idea for Bow Wow WOW! came about from the endless fashion shows I would do with my dog, Max. He thrived on the “cat walk” – he would get so excited when he saw his tub of outfits that he would run around in circles. At parties and such – guests would ask me to put costumes on him. (some were handmade by me and some were store bought) Everyone, including Max, loved it so much that I started thinking…this could be a book. Thankfully the good folks at Lark Books agreed.

I wanted the concept to be simple, so I designed two basic patterns – a dress style and a cape style. From those 2 patterns you can make over 36 different designs featured in the book and endless designs with your own variations. The book has costumes ranging from the ever popular Bride and Groom to a traditional Witch and Vampire and everything in between including a faux Chanel and a Candy Striper. You will also find patterns for dog hats, embellished leashes and even felt boots.

Which was the most elaborate to make? Was the concept easy to execute?

The clown costume on the front cover of the book was by far the most elaborate and fun. I used so many different fabrics and trims. Just when I thought I was done….I would find another spot to glue a pom pom. The concept was easy and hard to execute. Sometimes in my sketches I draw fabrics that I think I have dreamed up. The hunt for just the right materials was the hardest part.

What made you decide to auction them off?

I gotta give back! I support a variety of established charities and the Humane Society is one of them. This auction is the perfect way to bring in a little money for the Humane Society and make people happy. I also want the costumes to be worn and enjoyed and that won’t happen sitting in a box in my studio.

Which outfits did you absolutely have to keep for yourself – err, for Max, I mean.

The astronaut was the first costume I made – so that is a keeper. I also kept the Santa and Pirate for my Max. Dodger (my sister’s dog) is now the proud owner of the Sea Creature and Rapper costumes.

What advice do you have for people who want to make their own pet costumes? Are there any dos or don’ts?

Do go for it! Use my basic patterns as a springboard for your imagination. If you don’t want to get into heavy sewing, try altering plain dog t-shirts.

Don’t create a costume that could danger your pooch. Avoid overly heavy fabrics and sharp props.

What kind of pets do you have?

I grew up a Midwest girl with my summers spent on the farm. We had horses, dogs, chickens, hedgehogs, eels, hermit crabs and tons of barn cats. Now that I am out in Los Angeles, my heart belongs to Max! Max is my Chihuahua-Corgi-Terrier Mix. He is pure joy for our family. Max was a stray dog that we adopted.

What are the show times for Creative Juice and will we be able to see new episodes?

Creative Juice airs back-to-back episodes on DIY Network on Mondays at 1:00 and 1:30 pm eastern. You can also catch episodes on Wednesday mornings on HGTV. We have new episodes that are slated to air January 2010. Steve and I, also have a new show that is a slight spinoff from Creative Juice that is in the final stages of development.

She created, produced and co-hosted the HGTV & DIY lifestyle shows Creative Juice and Witch Crafts. Cathie has also appeared on Discovery Channel, HGTV, DIY and Food Network and authored 101 Snappy Fashions, Bow Wow WOW! and Creative Juice – 45 Re-Crafting Projects. Before stepping “in front” of the camera, Cathie worked in the film business creating costumes for films such as Rushmore, Twister, Heartbreakers and Vanilla Sky. Cathie lives in Los Angeles with her husband, Eddie and their dog Max. Visit her web site at cathiefilian.blogspot.com. 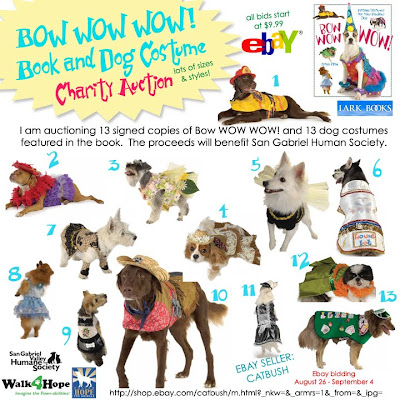 *IF YOU WOULD LIKE TO BE FEATURED FOR INSPIRATION FRIDAY – OR CONTRIBUTE AN ESSAY, POEM, PROJECT, ETC SEND ME AN EMAIL!*