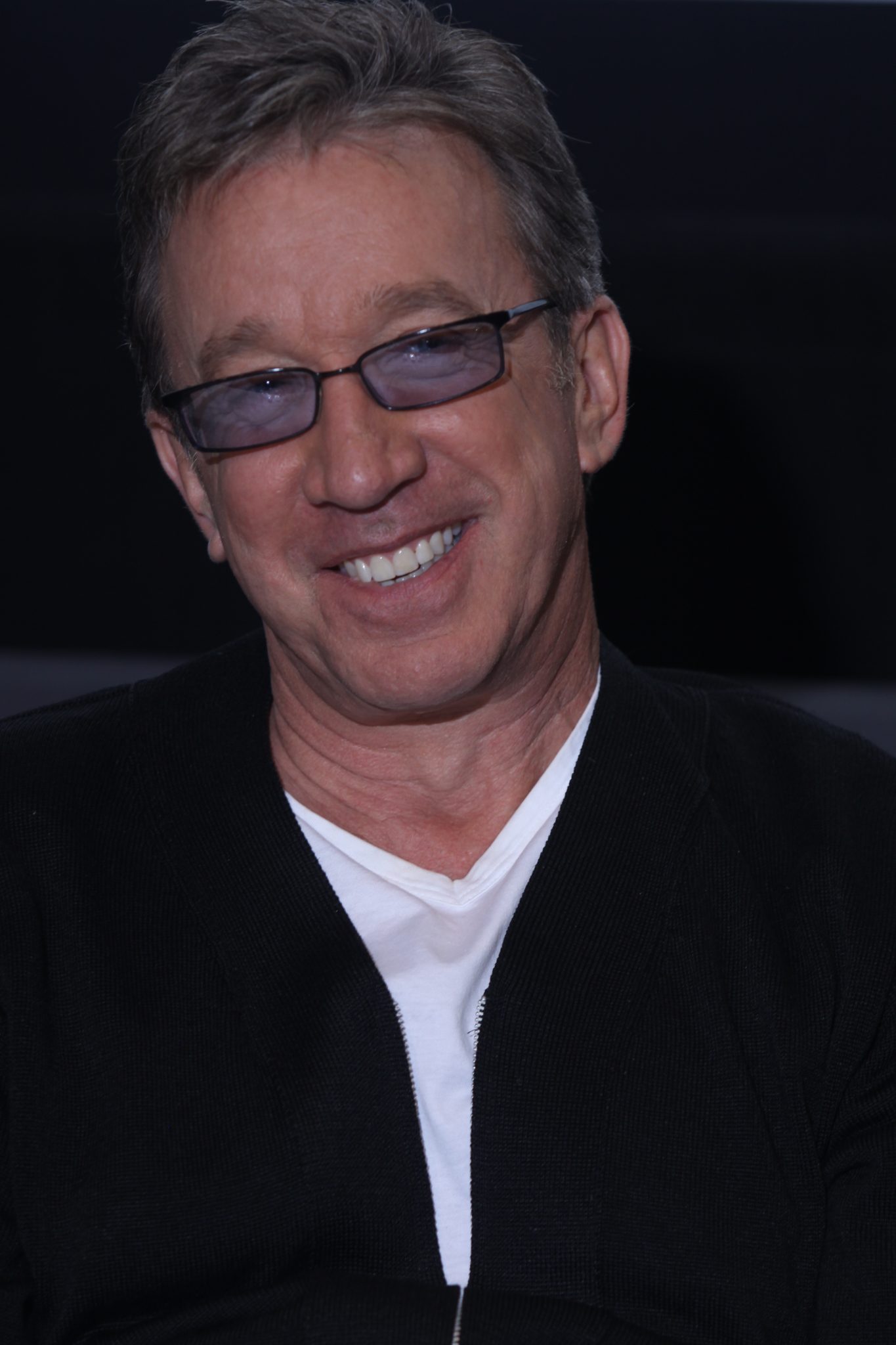 Actor Tim Allen is releasing his directorial debut today in the film, Crazy on the Outside. Even though he is a mega-watt Hollywood superstar, he bites his nails in anxiety just like we do. Especially this project that shows the world what he can do behind the camera, as well as in front of it. Read on for my interview with him!
Did you know Tim is also an artist? Aside from acting and doing stand up he has been drawing since childhood, and went to school for industrial design. Check out his official site to learn more about that part of him.

Tim stopped in Phoenix recently to promote the film and was kind enough to answer a few questions. I posted the trailer at the end of the interview, enjoy! Good luck with your movie, Tim!
Tell us about Crazy on the Outside:
TIM ALLEN: “It’s about second chances. A guy hits rock bottom and now he has to choose which way to go in life. I know it’s happened to me and friends of mine. This guy Tommy Zelda, has his second strike for video piracy. Not a violent crime, but he steals movies and gets raided. As he’s coming out of jail, his sister comes to him who is a chronic liar and is bound to white lie him into doing the right thing. Meanwhile, Ray (Liotta) is tempting him into money. So we can see the whole business about balancing second chances.”
How do you stay grounded during the good times, and keep the faith during the not-so-good?
T.A: “Well, my daughter and I traveled, and I studied religions extensively and I take bits and pieces of each one. Which probably isn’t the best idea in the world, but I really think it is. The highs and lows are really just different colors of the same thing in this journey. I don’t celebrate the highs and I don’t get depressed about the lows. My staff will tell me “You should celebrate more!” and I go, “You know what? I’m a soap opera freak. I watch tons of novellas – and every time they yell “We couldn’t be happier!”… that’s when the evil twin brother walks in the door and takes the wife!”
How did you enjoy directing for the first time?
T.A: “I did a lot of prep and generally I’m not that way. But I had a lot of help from Barry Sonnenfeld. I studied a few notes that he gave me. Kevin Costner is a friend of mine, and I just asked both of them specific questions, and bought a few books . I just needed to know: How do you start? What’s the beginning?
The most daunting moment was at one point Ray Liotta and Sigourney Weaver, were in this room. The lighting, everything was set up. It was just silence and in my head I was like, I think I’m suppose to say something. And I panicked, it felt like an hour had gone by and out of my mouth came “Ok! Lets ssssssstart from the top!”


If you had to make a scrapbook of your favorite movie moments, what would they be?

T.A.: First one – unfortunately it wasn’t my line, but in Galaxy Quest there was a scene where someone had to walk out of the ship on a strange planet. I stopped the director and said “He can’t just walk out there. You don’t know that the air is good! He needs a tricorder or something to test the air.” Tony Shalhoub goes, “I got it! Roll camera!” and they open the back door of the ship and he inhales and says, “It’s good.”
Another favorite was when I adlibbed as Buzz Lightyear – you know in the first one, when he was drunk on chamomile tea and he had the Little Bo Peep’s clothes on? That whole scene I adlibbed. The animation department doesn’t like it when you add in a scene because they have to then go back and create that scene then throw it into the movie. Another scene was when Woody screams to Buzz, “You Are a toy!” and I added, “You are a sad, strange little man.”
All the Pixar people were mad. I asked them why, and they said “Well, that’s really funny and that has to be in the movie. So now we’re going to have to make Buzz’s mouth match with the voice. Please don’t do that anymore, Tim!”
(Toy Story 3 opens June 18th)