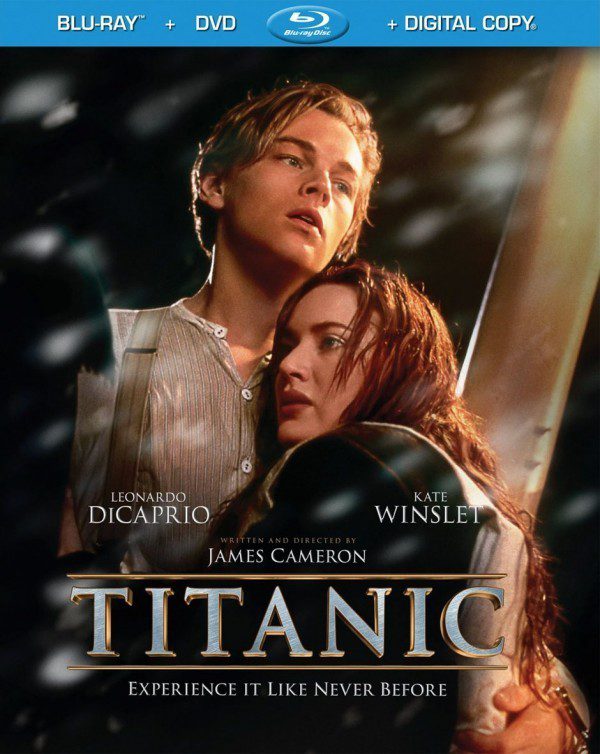 I know what you’re gonna think when you read the next sentence. Titanic is one of my all-time favorite flicks. Go ahead, call me a sappy nerd. It’s my comfort film for when I’m crafting serious projects. It’s my comfort when I want to get away from crafting and just have a mindless big screen viewing experience. I could do movieoke and win first place if I had to. You don’t even want to know how many times I’ve seen it. I even stood in line at midnight at BestBuy when Titanic came out on VHS back in the day. I still have that VHS, plus several other versions on DVD. Imagine my delight when the rep from Paramount emailed to offer a review copy!

Can you say breathless?

If you are as cuckoo for Titanic as much as I am, you’ll want to check out the new release. It comes out September 10 ($39.99) and includes four discs: Blu-Ray, 2-part DVD, plus one Blu-Raypacked with hours of featurettes. I’m talking a daylong crafty marathon, people!

Here is a song from one of my favorite scenes (“So you wanna go to a real party?”) It’s when Jack gets Rose to loosen up and the plot takes a whole new turn. The band is called Gaelic Storm and they’ve been going strong since being featured in the film. In fact, they’re now on tour!

Here is their calendar (Phoenix and Tucson are on the list!)

The band is quite crafty too, check out one of their music videos!
LINK

2 thoughts on “My Guilty Pleasure: Titanic.”