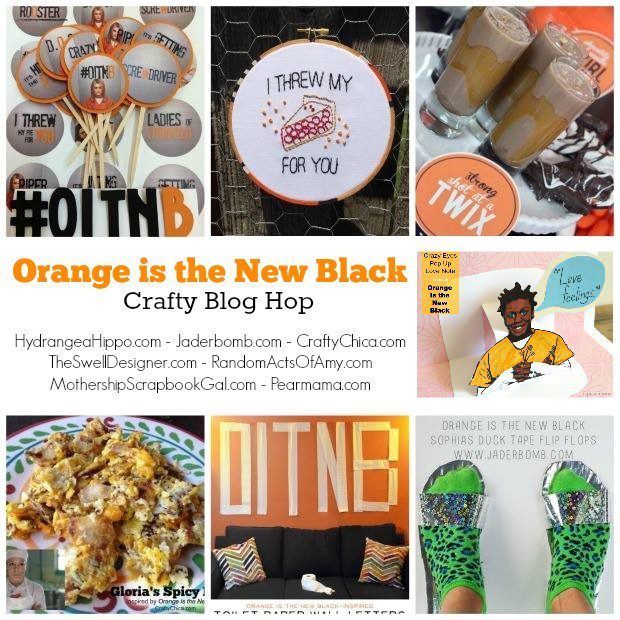 Orange is the New Black became one of my springtime obsessions. I started watching the series on Netflex one weekend while painting, but ended up curled up in my bed, taking in every episode uninterrupted. Now that Season 2 begins June 6th, and I’m ready! One of the ways to show that is by participating in this fun blog hop with friends. At the bottom of my post, you’ll find the links for the other projects, check them out, they are really silly and fun! AND Netflix is giving away a three-month gift card!

The dramatic comedy series is semi-based on the true story of Piper, an educated upper-class woman who made a bad choice in life by smuggling drug money. We know how that always ends up! She is sentenced to a year in the slammer where she lives with a variety of characters, all doing their best to serve their time to get out. The series is gripping because each episode addresses one inmate and tells their pre-jail story and what they did to land behind bars.

The series includes a strong Latina cast of six, with two characters in pivotal plot roles. You can read more about them here. One of those story lines involves Gloria Mendoza (jailed for food stamp crimes). 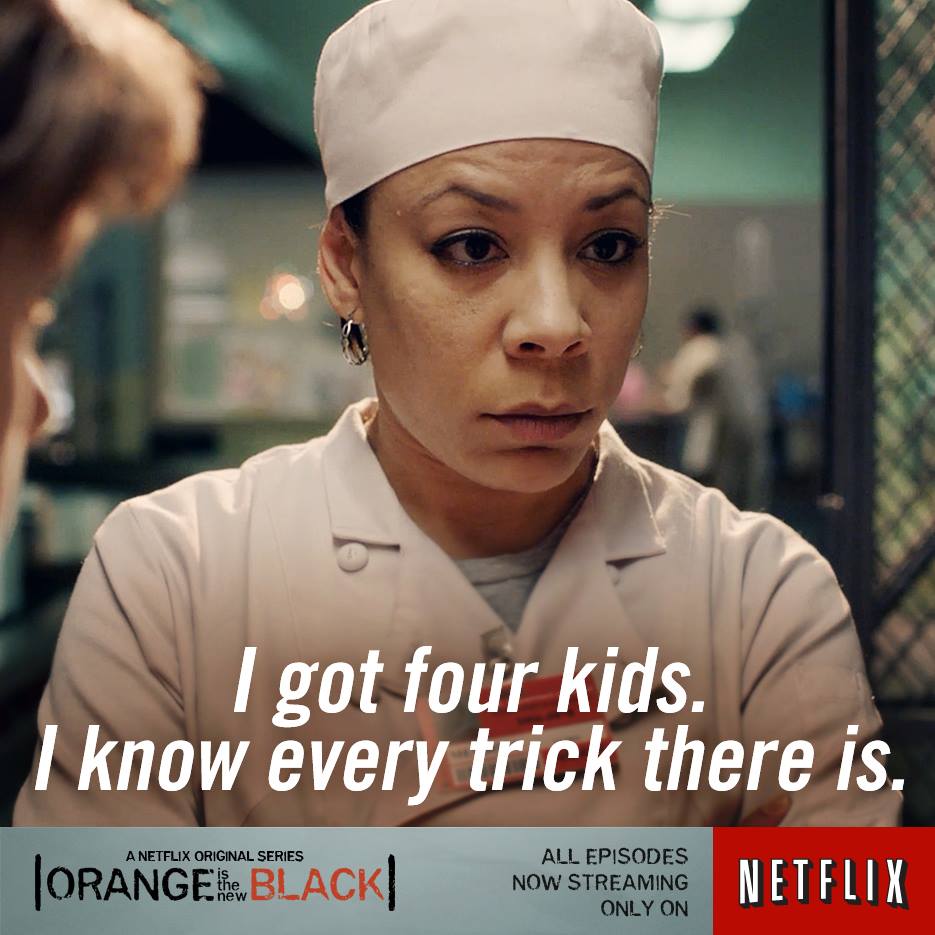 At Litchfield prison, Red (Kate Mulgrew) doesn’t only run the kitchen, but a lot of the politics among the inmates. When she is stripped of her power and demoted, Gloria Mendoza (Selenis Leyva) is put in charge and is now top chef in charge. She brings in her friends, and together they are now in power. As much as Red tries to undermine the revamped kitchen to regain control, Gloria ain’t having it, she stands firm. With new recipes! I can’t wait to see how it all plays out in Season 2!

In the last episode of Season 1, the inmates get a taste of Gloria’s first meal – scrambled eggs. The same question pops up – “Do these eggs taste spicy to you?”

So here is my interpretation of Gloria’s Spicy Eggs. It’s actually a recipe I learned from my Nana Cano, and the first meal I ever cooked for Patrick! It’s really yummy, not exactly low-cal, but worth it! 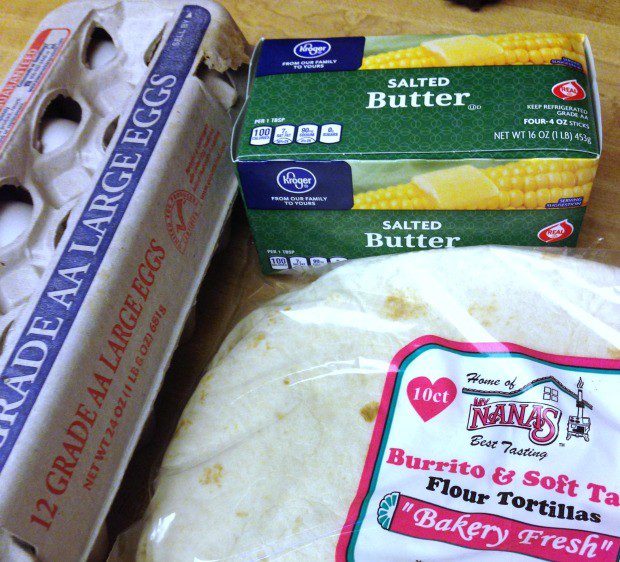 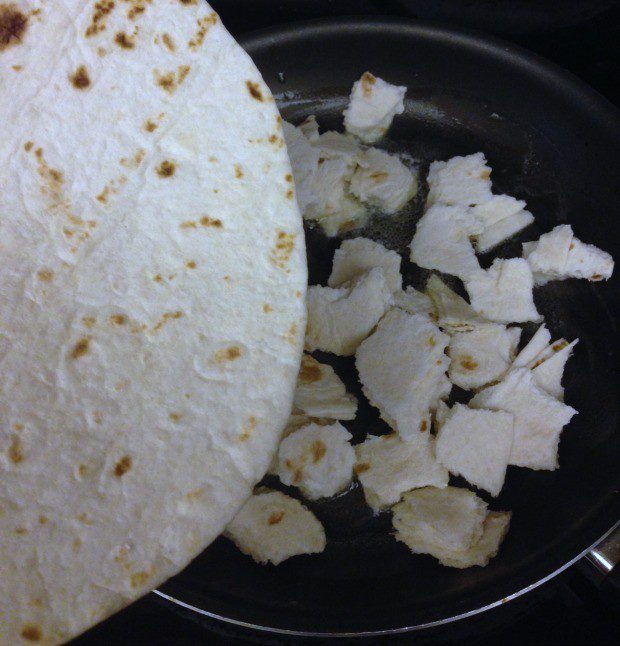 Add about a tablespoon of butter in the pan and let it melt. Tear up small pieces of the tortilla and spread them flat in the pan. 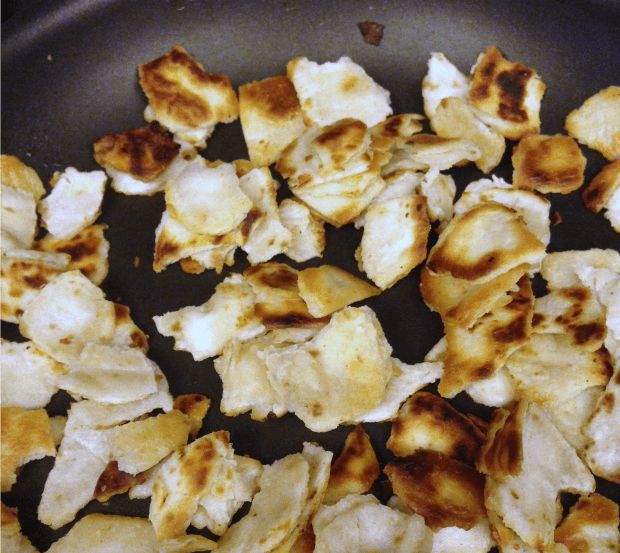 Let them brown until they are crispy. Then add the eggs. I used medium tortillas and used two eggs per tortilla. Keep flipping until the eggs are cooked. Add in garlic salt and pepper. This is what makes the eggs spicy! 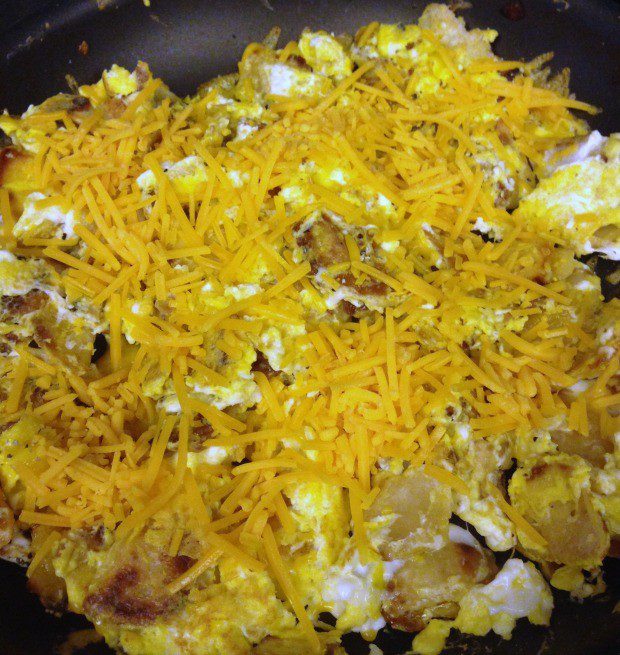 Sprinkle with shredded cheese, let melt and fold the mixture until it is all evenly covered. 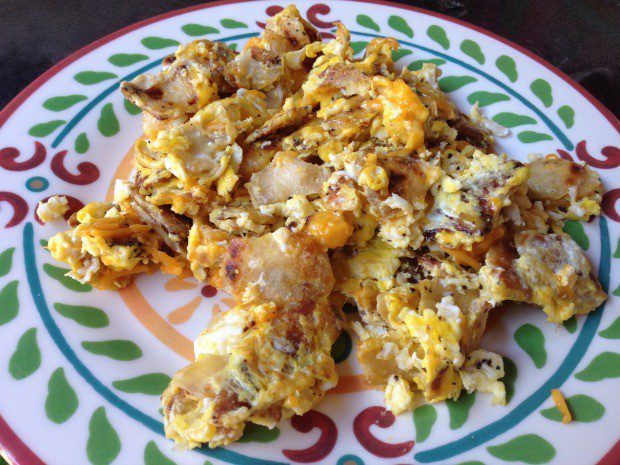 And here you go! To make the eggs more spicy, you can add salsa!

Here is more about the show: