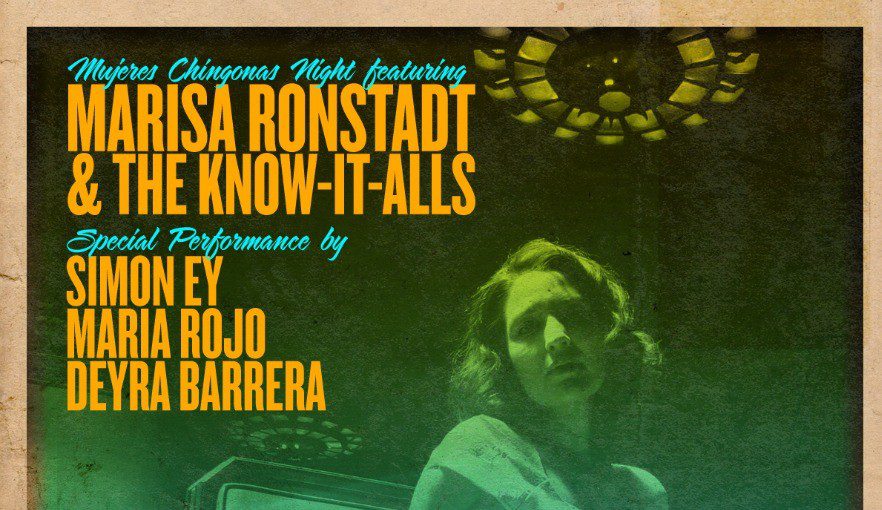 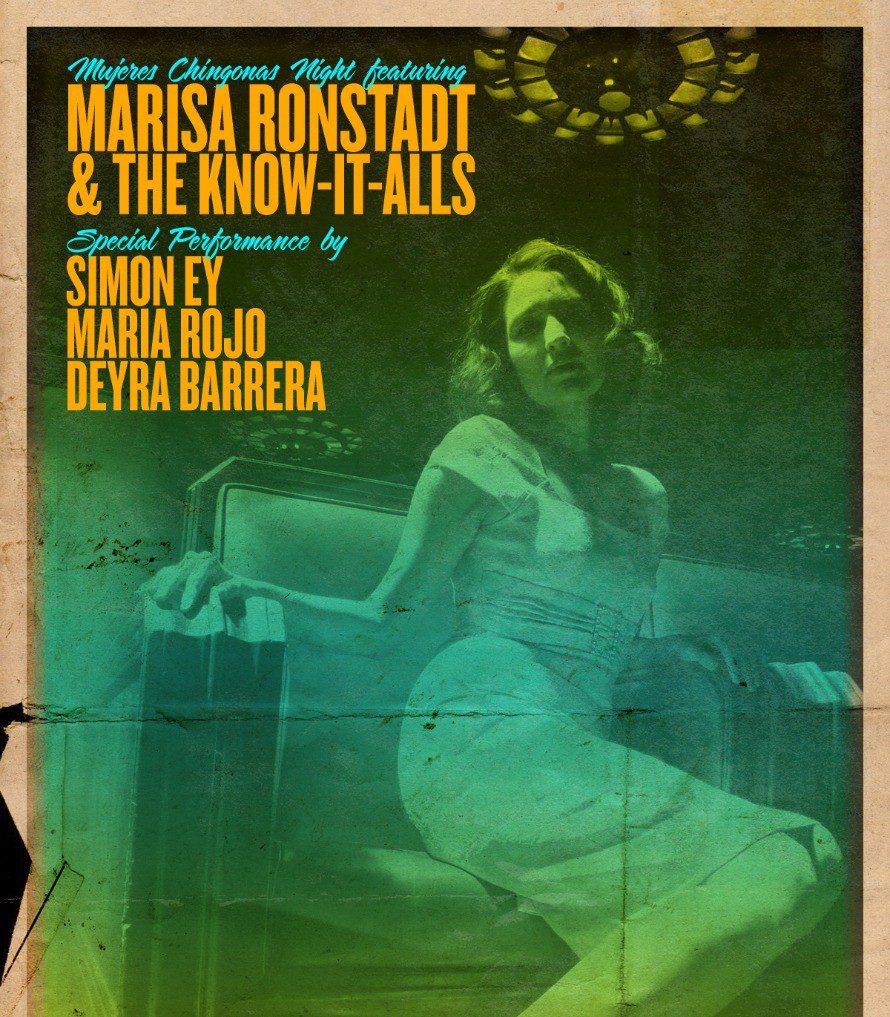 There is a new CD out this month (Amazon, CD Baby and iTunes), that you need to check out – Blueberry Moon by Marisa Ronstadt and the Know It Alls! I knew the fabulous Marisa Ronstadt (yes, cousin to Linda!) when she lived in Arizona and made her mark on the music scene. Not only does she turn out pop, rock and soul, but she also knows how to belt out a killer mariachi tune too. Marisa moved to Los Angeles to not only pursue her dream of music, but also to raise her beautiful family. She is a wonderful example of focusing on a goal, working hard and making it all happen! What a great role model for her baby girl! She put together a Kickstarter project to launch her new album, and of course, it was a success! Blueberry Moon went on sale June 3rd and she’s currently touring to promote it. Her next gig is this Tuesday, July 8th at Room 5 Lounge in Los Angeles. I wish I could go – if you live in L.A. – will you go for me?

OK, on to the interview! 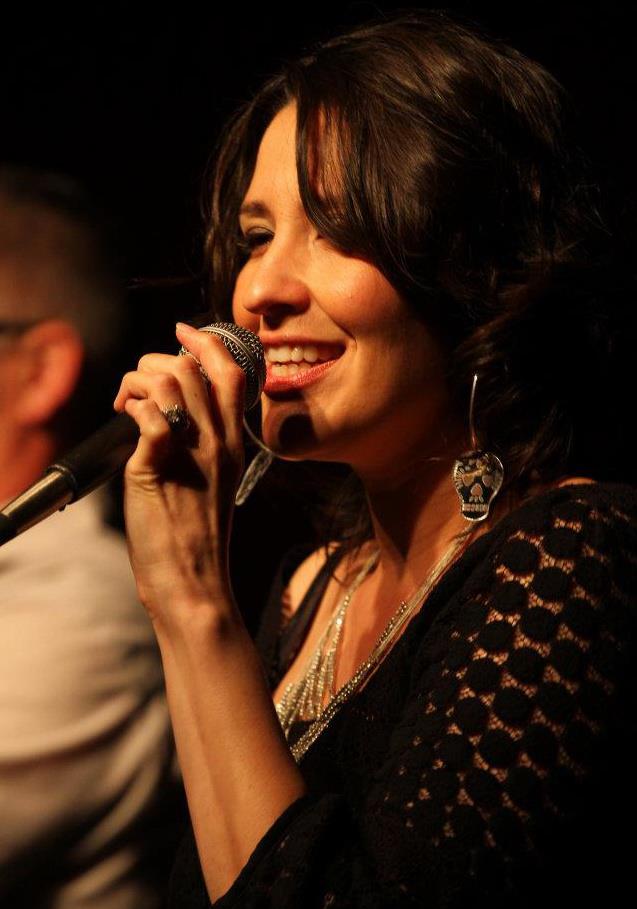 Kathy Cano-Murillo: Hi Marisa! Tell us about this project and how you this album up and running!

Marisa Ronstadt: My goal has always been to move to LA and make music my career.  I was lucky enough to have met David Gomez and Jeremy Keller of Monte Carlo 76’, become the lead singer of the band and contribute to their 2nd album release, “Marisela.” Jeremy and I wanted to continue creating new music. Before we knew it, we had enough material to make an album! Quetzal Flores and Martha Gonzalez (of the Grammy Award Winning band Quetzal) produced MC 76’s last album and this was another great opportunity to work with them again. The stars began to align and this album became a reality.

Q: What were the challenges you had to overcome to make it happen?

A: Funding was the biggest challenge. My husband and I invested a lot of our own money to get this album started, but without Kickstarter supporters, it would’ve never come to pass.  I was also pregnant during the tracking and recording process of the album. I recorded the very last song, two days before I gave birth to my daughter, Amaya Lolita.

Q: What are your favorite songs on the album and why?

A: That’s a tough question! Each song has its own special place in my heart (even the interludes), but if I had to choose, It would be a tie between two songs; “Sweetest Melody” and “Blueberry Moon.” Sweetest Melody was written as a gift to my husband on our wedding day.  He had no idea what was coming! Blueberry Moon was inspired by daughter. It was the last song written for the album, which ended up being the title track. While I was pregnant, we referred to her as Blueberry and while we were recording the album, I ad-libbed “can’t wait to meet you soon, beneath a Blueberry Moon.” Quetzal and Martha insisted we keep the ad-lib.  I’m so glad we did.

Q: That is so sweet. Actually, those are my two favorite songs. And Change…And Freedom. All of them are so touching and powerful. You can feel your passion come through.

A: It was important for me to invest in my passion because I wanted to be happy.  The one thing that makes me the happiest, aside from my family, is to sing.  My parents began to feed my passion for music as a young child. It’s a fire that has been burning within me for more than half of my life.  I want to do the same thing for my daughter. Feed her passion.  Let her know that she can do and be anything she wants, as long as it makes her happy.

Click on this link if you can’t see the video above.

Q: Many women set aside their passion because they have a family to raise, what are your tips for managing both?

A: I didn’t think it was possible, to be completely honest. But the wheels of singing and music were set in motion way before I got married, long before my daughter was born. I’ve come too far to set my passion aside now. There are many women I admire for doing what they love and making their children a priority, all at the same time. I thought, if they’re capable of balancing both, so am I. And here I am, doing radio interviews, live performances  and TV appearances with my daughter on my hip. It’s a delicate balance that requires understanding, sacrifice and help from family.  But, it can be done.

Q: What is next on the agenda?
A: Touring! Starting in Arizona this Fall.  I’m also in talks with other local artists to begin writing for other future projects as well. It’s an exciting time indeed.

Q: Aside from your album, can you recommend another album we should listen to?

A: Maya Jupiter is an amazing MC, lyricist and mother. Her last album is one of my favorites. She has also recently released a couple of singles as well.  Other artists that I LOVE and think people should know (if they don’t already) are: Viento Callejero, Entre Mujeres, Cambalache, Aloe Blacc, Quetzal, Olmeca, La Santa Cecilia, De’Anza, Quetzal Guerrero, Quincy McCrary.

OK, I hope Marisa doesn’t mind, but I found this video of her singing at the Tucson Mariachi Festival a few years back!

Buy Blueberry Moon by Marisa Ronstadt and the Know It Alls: