My love of Pop Rocks candy goes way back to grade school – 4th grade, I think, when I got busted by the school principal for selling packets on the playground for .10 a pop. I couldn’t help it, I LOVED Pop Rocks so much, I thought they were so magical and brilliant that I spent my babysitting money on bulk bags and sold them to my friends. For about a week, I was the most popular girl on the playground. My mom had to drive me to the store at night to buy more to sell for the next day. Those days are over, but Pop Rocks have always left a special crackle in mi corazon…And wouldn’t you now, they still make and sell them! I knew I had to find a way to use them in a Chubby Girl Delights recipe.

Here is my crafty way to add some POP to your Fourth of July cupcakes! And for the record, that silly myth about Pop Rocks, soda, and exploding tummies have been debunked. Read on to see all about that too! 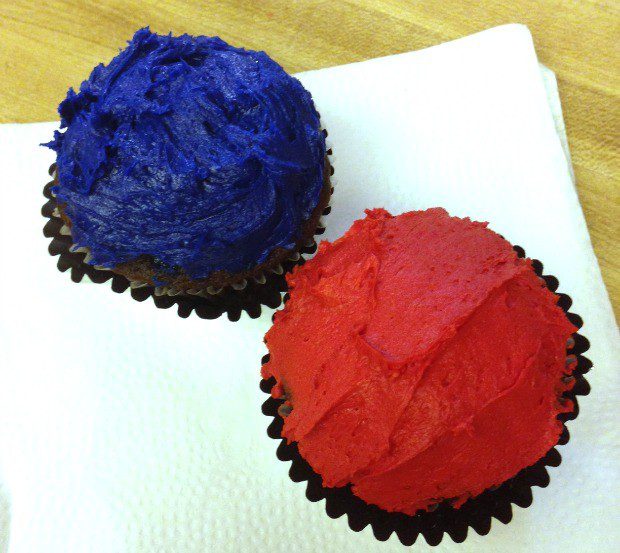 To start, you’ll need cupcakes. You can bake and frost your own or use store-bought ones. For the Fourth of July theme, I went with red, white and blue frosting. 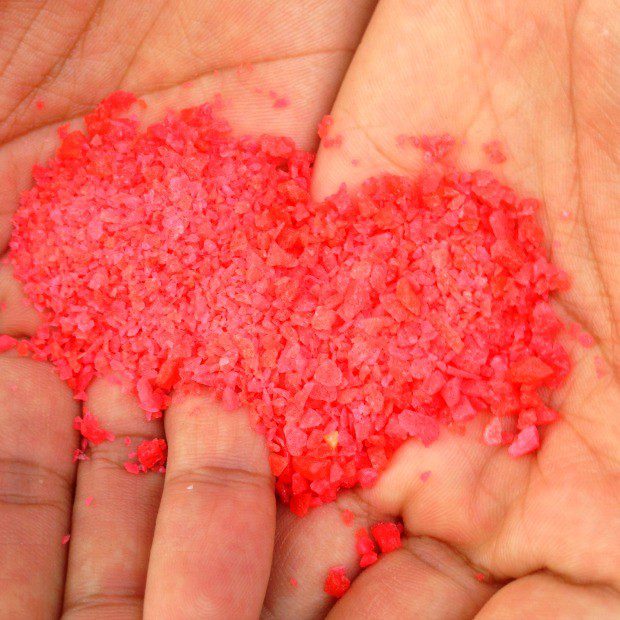 Then you need the Pop Rocks! I bought these at Party City. 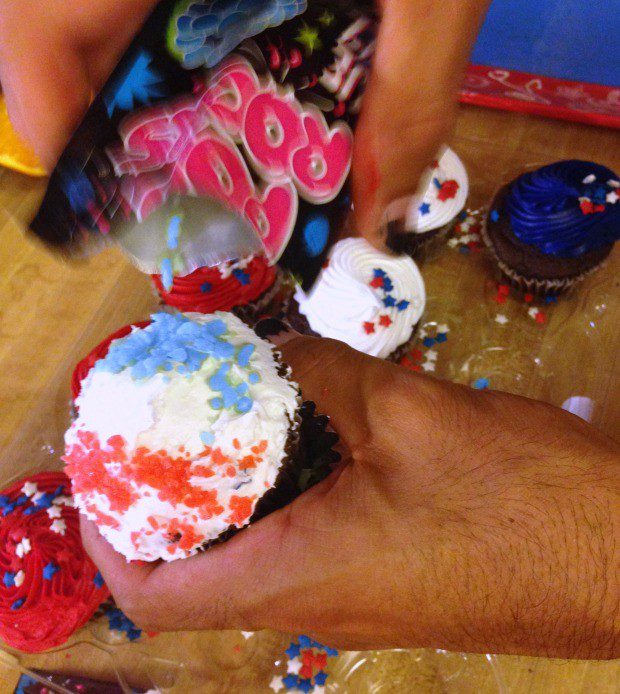 Use your finger or a spoon to lightly pat the area where you’re going add the Pop Rocks, then sprinkle them on. 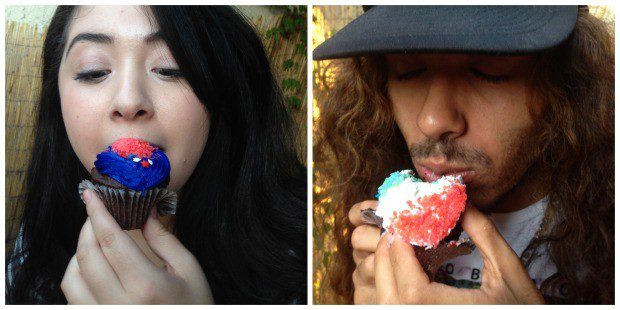 And here is MayaInTheMoment and BoiFromIpanema giving them the taste test. Their faces contorted a lil bit at first, but they finished their treat. The texture and interactive flavor was definitely pretty trippy, but that is the point, right? To make a WOW statement?

Honestly, I think we mayyyyy have put too much candy, so I’d say just add a few light sprinkles of the Pop Rocks for a fun effect. Don’t pour the whole packet on one cupcake like we did!

OK, I bet you are wondering how Pop Rocks even work! I found this on the Discovery Channel:

“Some people love the strange feeling of tiny, sugary flecks exploding inside their mouths; others find it disturbing. No matter your preference, Pop Rocks work by the same principle on every tongue: As you suck the candy, little high-pressure bubbles make loud popping noises in your mouth. The manufacturers have boiled together sugar, corn syrup, water and flavoring and mixed the ingredients with carbon dioxide gas at roughly 600 pounds per square inch (41.4 bar). Carbon dioxide is the same gas that makes sodas bubble. When the candy cools, the pressure is released, and the candy breaks up into pieces. As soon as the candy melts in your mouth, the pressure builds up again, and the Pop Rocks begin to pop.”

Cool, huh? And about that urban legend of Pop Rocks and soda, the MythBusters tried it out…(Here is the link if you can’t see the video below)