Skip to content
Home » Guardians of the Galaxy Review

Guardians of the Galaxy Review 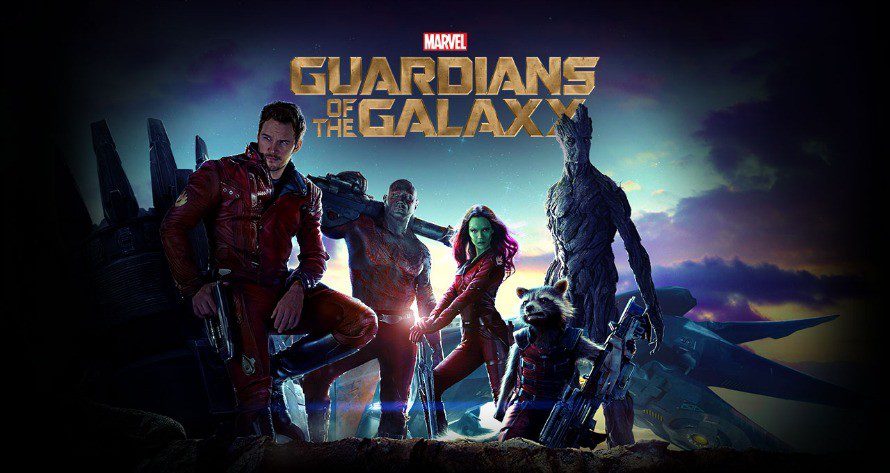 REVIEW: Guardians of the Galaxy
By Theresa A. Cano for CraftyChica.com

Official synopsis: A band of five zany space-traveling misfits are forced to work together in order to save the galaxy.

Why I was excited to see this film: Chris Pratt as a witty intergalactic pirate with a dorky heart of gold? Sign. Me. Up.

Review: Every year it’s the same scenario. I get myself all geeked up by the buzz from that year’s summer blockbuster. And for a good, long while now it’s been one blah summer flick after the other. But that was so not the case with Marvel’s latest offering, “Guardians of the Galaxy.” I’m still hooked on the feeling that I loved this movie.

The film opens in 1988 on a somber note as a young boy watches his cancer-stricken mother die on Earth before he is abducted by a spaceship. The movie quickly flash-forwards 26 years and that boy, Peter Quill (Pratt), is now an adult making his living as rogue thief using his goofy charm to get what he needs. A lucrative job sends him to the far off reaches of space to retrieve a mysterious orb.

Director/writer Gunn quickly establishes that this is not like the responsibility-loaded, conflicted Marvel superheroes (Spider-Man, Captain America) we’ve been inundated with in recent years. Which, let’s be honest, though they are totally cute, can be kind of a drag. Cut to Quill, or Star-Lord, as he want to be known, pushing play on his ’80s-era Sony Walkman cassette player and begins dancing to Redbone’s “Come and Get Your Love.” His moves indicate that he is still very much a boy at heart. He doesn’t seem to care about much of anything, other than playing “real life” Indiana Jones and scoring a big deal by completing his mission.

Things don’t exactly go as planned, as is usually the case. There’s a creepy looking bad, blue dude named Ronan (Lee Pace) who wants the orb to rule the cosmos and he sends his goons to retrieve it before Quinn can cash in on the job.

It quickly becomes apparent that this ain’t your standard issue cosmic orb, which is how Quill teams up with an band of misunderstood misfits: the bounty hunting duo of Rocket (Cooper), a brash, crafty mutant raccoon-like creature and his soulful tree-like partner Groot (Diesel); Gamora (Saldana), a green-skinned hit woman with major dysfunctional family issues; and Drax the Destroyer (Baustista), a revenge-seeking brute who takes things a little too literally.

This unlikely quintet comes together to form the Guardians of the Galaxy, and that’s when the movie really kicks it into hyper-speed. The film never takes itself too seriously and is so cheerfully cheeky with pop-culture references and off-color humor that I lost count of the times I was giddily giggling in my seat.

Pratt hits it out of the cosmos again this year with his turn as Star-Lord, following his starring role in box-office hit “The LEGO Movie.” Pratt brings a pure sense of wonder, mischief and heart to Star-Lord. You can just feel how pumped Pratt is to play this role. And as much as Pratt shines, the rest of his motley crew do not get lost in his shadow with a one-off one-liners. For the first time that I can remember in a Marvel movie, each character is fully-developed, interesting, and holds his or her own on the screen. I actually cared about each one of them. A CGI tree-ish being made me tear up. When’s the last time you can remember saying that?

Another essential member of the cast is “Awesome Mix #1,” the mix-tape full of ’70s Top 40 hits that serves as the movie’s soul. Each classic hit adds an extra dimension to the film; stand-outs include Rupert Holmes’ breezy “Escape (The Pina Colada Song)” and The Runaways let’s-kick-some-ass anthem, “Cherry Bomb.”

I can honestly say that “Guardians of the Galaxy” single-handedly restored my faith in the summer blockbuster. And that’s a feeling I’d like to stay hooked on for a long time to come.

Five out of five stars.