Take Care of Your Chi-chis!

This is part of a sponsored campaign with P&G and Latina Mom Bloggers. However, all opinions expressed are my own.

This is a long post – it’s an important topic to me! Last week I participated in a livestream breast cancer awareness Facebook chat by P&G Orgullosa Together We Are Stronger and Latina Mom Bloggers. We were asked to submit three questions in advance and they would be presented to Dr. De La Rosa by celebrity host and breast cancer survivor, Adamari Lopez. Breast cancer – cancer in general – runs in my family, so this topic is near to my heart. Both my parents had cancer, as did my grandfather.

This Orgullosa (orgullosa translates as ‘strong ‘in English) campaign is all about spreading education about prevention and early detection. The chat I attended was filled with all kinds of great info that I’m going to share with you!

I was shocked to learn that breast cancer takes the life of a Latina woman every 90 minutes. That is crazy. Check this out:

– Eighty percent of Latinas are not aware that breast cancer is the most common form of cancer among them.

– While 88 percent of Latinas acknowledged knowing how to do breast self-examination, less than half of them report examining themselves once a month (45%).

What is wrong with us? Why are we not getting checked regularly? I’ll admit that I was in that group too, but now make sure to get checked often. It also makes me cry tears of joy because both my mom and cousin, Stephanie, are breast cancer survivors. They beat the odds!  Breast cancer is the most commonly diagnosed cancer among Hispanic women. As part of Orgullosa’s continued commitment to celebrating the strength and inspiration of Latinas, Orgullosa has launched an initiative aimed at mobilizing Latinas to take charge of their health and spread the message that Together We Are Stronger (#OrgullosaStrong).

TIPS I learned from the Orgullosa Together We Are Stronger chat:

– After the age of 40, you should get a mammogram every year.

– If breast cancer runs in your family, increase that to every year! It can happen in younger people too, men and women both.

– Don’t be afraid to bring up the topic among your friends and family, start the conversation to make sure your loved ones are getting check up s as well.

– Don’t wait for “pain” – it not the first sign of breast cancer.

– In between exams, check your breast regularly at home for change in color, shape, or anything else that is different than usual.

– Eat lots of veggies, exercise, do your best to lead a healthy life.

– Even if you don’t have cancer in your family, you should still get checked to be safe.

– DO NOT put off your doctor exams because you think you are too busy.  Imagine finding out you have breast cancer far in the game, that will seriously put a stop to life as you know it. So be sure to work in those exams for early detection so you can beat it and move on with your normal life!

Make sure to check out the Orgullosa Facebook page – for every LIKE, a $1 donation will go to http://ligacontraelcancer.org/ to give the gift of early detection http://on.fb.me/1qTPK5X

AND as support for this campaign, I interviewed a friend of mine, Cyndi Garcia, who is a breast cancer survivor. You might recognize her son, Tyler Posey, he has been in oodles of Hollywood films (he played the little boy in Maid in Manhattan!), and currently he is he lead in MTV’s Teen Wolf. Cyndi has three boys, a husband, she is an avid crafter and creative person, a very busy mom-on-the-go. She wrote to me about sharing her story here on my blog to bring awareness to breast cancer. I thought it fit perfectly as an example of what #OrgullosaStrong is all about!

UPDATE: Cyndi passed away. I’m devastated. If she were here, she would want you to pay attention to all these tips and her interview. Rest in power, Cyndi…

KATHY CANO-MURILLO: How did you learn you had breast cancer? Did you have any idea beforehand, or was it a surprise?

CYNDI GARCIA: I went in to have these little nodules on my neck checked out. At first the doctor thought it could be my thyroid. I had an ultrasound done and it came back negative. He then recommended having the nodules removed, so I did. Two days after my surgery the surgeon called me on the phone and told me that he sent the tissue samples in for testing and it showed that I had breast cancer. It was a matter-of-fact call that I wasn’t expecting. I’ll never forget how blunt he was. Luckily my husband John was home at the time. I told him as soon as I got off the phone. At first I really tried to stay calm. So did John. It was shocking and scary news. My sister Jennie had been battling cancer for over 15 years at the time, she started off with breast cancer. I thought of her immediately and knew right then that she was going to be my role model. She was a strong lady. I went to her for advice.

As the days progressed it became harder for me to comprehend what I was going to have to go through. I did stay busy with doctor appointments. First there was the MRI, then the visit to the oncologist, then the surgeon, and then the radiation oncologist. On the home front things were also very busy. My husband had written a screenplay which was made into a film, and during all of this, his movie was about to premiere, and my middle son Tyler just booked the lead role in a new MTV series called “Teen Wolf.” What should have been a really exciting time in our lives had a really heavy dark cloud floating over it. Needless to say I was a zombie.

Q: What are things your family and friends did that helped you get thru it?

A: The hardest part of this journey of mine was having to tell my 3 sons. I gathered them around and told them as calmly as possible. There were lots of tears. As I write this the tears still come. They were so loving that night. They empowered me. It took them awhile to adjust to the news. My two youngest were still teenagers. I relied a lot on my eldest son Derek to help with his brothers. He did. Once their shock subsided (a bit) they were so loving and thoughtful. I even cried on their shoulders. They were so strong. Then I decided that it was time for me to be strong too. I told very few people outside the family in the beginning. The shock on peoples’ faces or in their voices was too much for me. It felt like I was reliving the news every time I told someone. But the family and friends that were aware were so supportive. My sister Jennie made herself available to me at all times, even though she was dealing with her own struggle. It took a couple of years before I made all of this public. Then the outpouring of love and well wishes was so overwhelming. I’m glad I shared this news in stages. It was best for me. And since I’m really strong now, it’s much easier to share and talk about it.

Q: What advice do you want to share for women to encourage early detection?

A: Start getting your mammograms early. Don’t wait until your 40 or 50. They have come a long way with breast cancer treatment. Early detection can save your life. Anyone with boobs, go get an annual mammogram.

Q: Advice for women who are going through it?

A: There are so many steps cancer patients go through. Each one deserves its own advice column, but what I can say is that don’t be afraid or too brave to ask for help. It’s ok to lean on your family and friends, especially during the hard days. Later, when your stronger, you can always pay it forward. I welcomed the home cooked meals from my neighbors, and the house cleaning, and the lifts to my treatments when John wasn’t available. I’m so grateful for all the help. Every day I find myself paying it forward in some big or small way. It feels good.

Q: Where are you at now in your cancer journey?

A: I finished my second round of chemo in April. It was hard, but I made it through the seven months. I had an appointment with my oncologist two weeks ago and all my numbers are good. I’m working on gaining my physical strength back. I’ve been swimming and playing tennis. Although I must admit the tennis is brutal. I know I’m not out of the woods yet. I let my oncologist treat my disease, but I treat my health by eating right, exercising, taking herbs/supplements, doing acupuncture, some alternative sources of healing and staying positive. I’ve been able to stay happy through all of this. I love my life and I’m so grateful to be alive!

Cyndi has a very important message she wants to share…she says:

There is one thing that I would like to request on behalf of other cancer patients and myself: Can people please stop using cancer as an evil metaphor?

The other day I was watching our President give a speech about the latest evil terrorist group that is causing havoc in the world, and he compared them to “a cancer.” I immediately took to Twitter and sent him a tweet to please stop doing that. We don’t want to be compared to anything evil. Sure, having cancer isn’t fun, but come on. It’s the last thing we want to hear when we’re trying to stay positive during our struggle. Every time I hear a public figure or news anchor use the comparison I tweet them with the same tweet I sent to our President. Hopefully they get the message!

Thank you for your wise words, Cyndi!

To learn more about breast cancer awareness, be sure to visit Orgullosa at  https://www.facebook.com/orgullosa and  http://www.orgullosa.com/

The “Together We Are Stronger” movement encourages Latinas to extend a hand to all the women in their lives and invite them to win the battle against breast cancer before it begins. 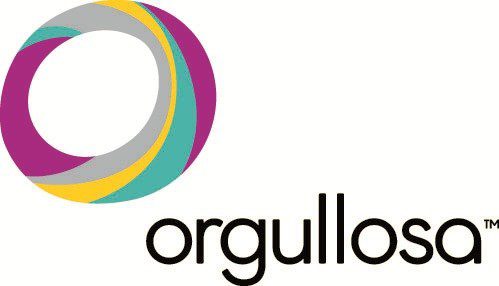