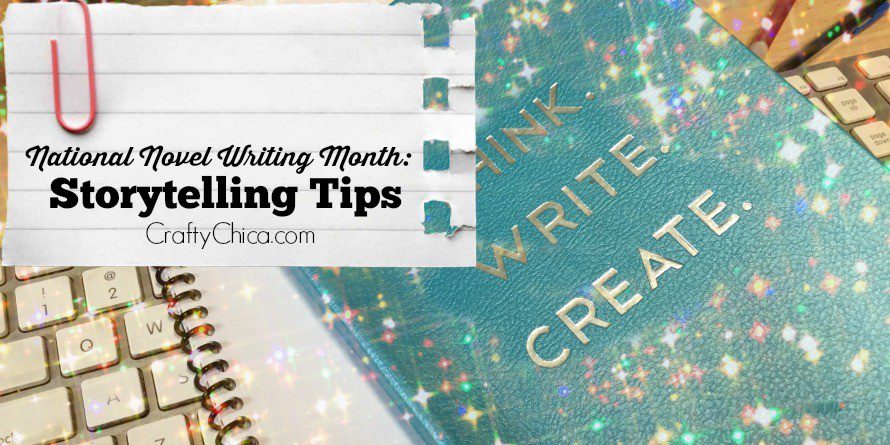 November isn’t only about turkeys, centerpieces and gold glitter. Nope. It’s also National Novel Writing Month, and to motivate you, I’m sharing my favorite storytelling tips! I’m a strong advocate for NaNoWriMo because in 2004, I used the platform to write my debut novel, Waking up in the Land of Glitter. Granted, it took four years to sell to a publisher, then two more years to hit bookshelves, but it’s now in paperback, ebook, audiobook and is now in Poland too! Go figure!

About National Novel Writing Month – Here is the deal: the goal is to write 50,000 words by the last day of November. No editing, just writing. Think of it like setting out and conditioning a huge chunk of clay that you’ll sculpt and polish it up later. If you want to be legit, you can go to the site and sign up, they will send you helpful tips and motivational letters to keep you going. There’s a place for you to keep track of your word count, and even share a sample of your writing. I really love taking part because it forces me to get my ideas out in story format! There is no time to second guess because you are typing as fast as you can! 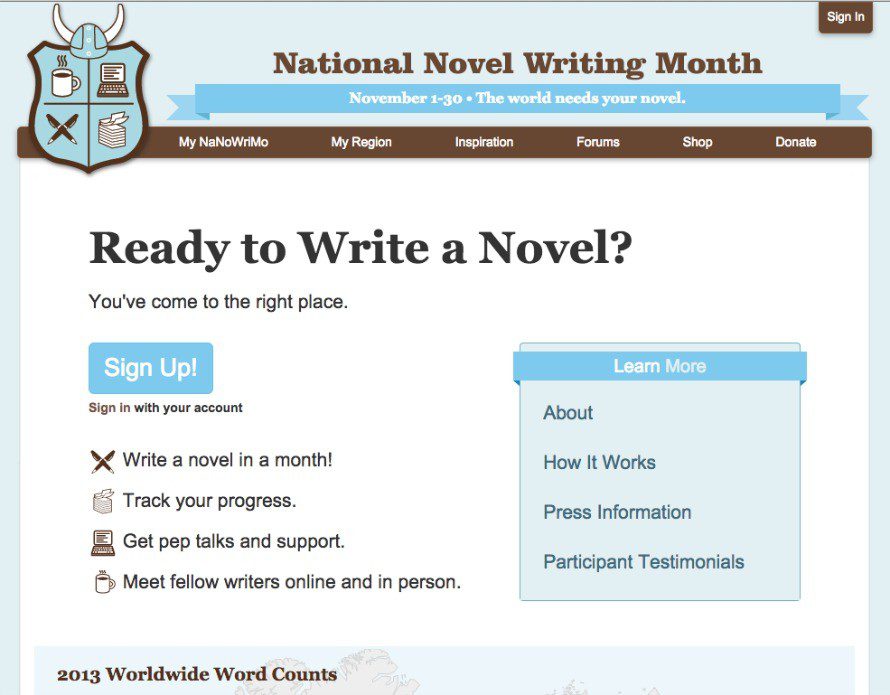 As for me, I’m am still working on my third novel. Recently I came up with a wonderful twist, so I’m going to be busy working on it. Hence, less blogging for me this month!

So there’s that! If you are ready to write those chapters, here’s my tips for building a story!

TIP: It’s good to have at least a rough outline and characters in mind before you start!

1. Separate your story in three parts: the beginning, the middle and the end. Think of them as three acts, just like in a play!

2. Your main character(s) – he or she has to be somewhat opposite by the end of the book to show growth. Otherwise, what’s the point?

3. Not always, but usually, you need to have an inciting incident that sets the story in motion and throws your character’s world out of whack. It changes their world and they have to work through it, and thus change perspective on the world because of it.

4. Make sure to give your characters adventures: Places to go, things to do, people to meet. Keep your reader hooked!

5. To add drama, think “What is the worst or most unexpected thing that can happen right now?” – and then make it happen to your character!

6. Whatever your first thoughts/ideas are for your character or for a scene, come up with two or three more ideas instead. Chances are those first ideas are predictable to your reader.

8. Make sure you know what your character really wants and needs, theses things will make them vulnerable, desperate, determined – and will be the reasons behind their decisions.

9. Somewhere towards the early/middle of the book, you want your character to start their transformation, a lot of time they have to hit rock bottom first.

10. Make sure to have action, conflict, and tension!

11. Try not to use references that can quickly become dated. People and things that are popular right now, may not be by the time your book is published.

12. Don’t try to write speech accents, they are annoying to the reader!

13. Ease up on the adjectives, and “ing” words, was, is, were…push yourself to write stronger.

14. Go deep with your writing, expand on your character’s thoughts. Instead of spending a page describing a bedroom in detail, use that space to share what your character is thinking or reflecting upon. Push through the surface of your storytelling.

15. Don’t think things like “Oh, I’ll save that for the sequel!” Just write the BEST story you can, RIGHT NOW. If it’s good, the sequel will happen organically.

16. Decide ahead of time if you want to “cast” your movie. This is when authors use an actor to describe a character. Some readers hate that because they want to paint a picture in their own mind of what or who the character looks like.

17. If there is ever a scene in your story that is boring for you, get rid of it or juice it up. If you are bored, you reader will be too!

18. Remember, that inciting incident is a trigger for change. Not only should your main character be affected, but also everyone around them too.

19. Give every word, sentence, quote, paragraph, chapter, character a purpose. If you can take it out and it does not affect the story or outcome, leave it out, it is taking up space. Everything has to be there for a reason to move the story ahead to the end.

20. Beware of “white room syndrome.”  This is when you write your character’s internal thoughts or give history, but it’s like they are in a white open space. While these things are going on,  have your character doing something. Use all your senses – sight, sound, taste, touch, smells! Make the scene come alive. You don’t have to be elaborate, just a touch of these to paint a picture!

21. Related to #20 – use objects or sounds to relay your character’s personality. A song they have playing in the car, a creaky window that has not been fixed, little nuances like this show the reader your character’s habits and tastes!

Well, there you go! I have a lot more, but I’ll save those for another time. Good luck with your writing! Wish me luck with mine too!