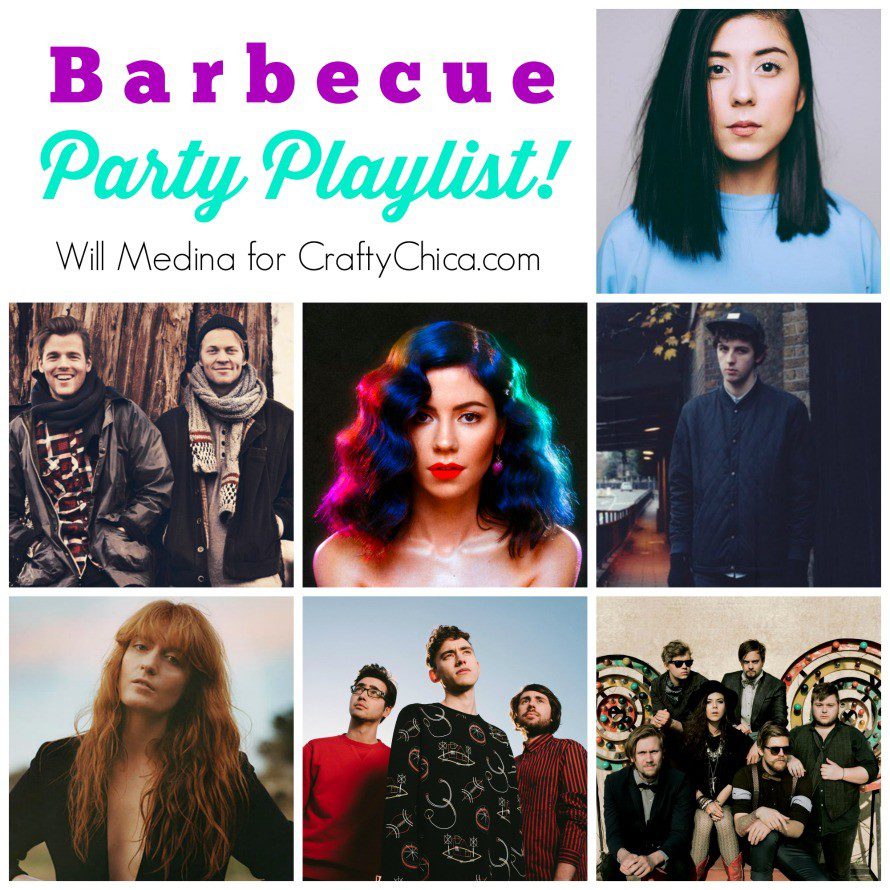 It’s barbecue season and what a great time to update your current playlist! Whether it’s a small gathering, a huge fiesta or to simply get into the outdoor spirit, these songs will be great additions. My inspiration is to offer you new tunes that will let you and your friends escape routine to find that happy place.

Play these dreamy tunes under some twinkling lights, with tasty cocktails and grilled treats, and you’ll have the perfect soiree!

Jamie xx is an English music producer and remix artist, who is known both as a solo act and as a member of the London-based band The xx. If you are a fan of the The xx you will definitely love Jamie xx and his new album is due out next month. More info on Jamie xx: http://www.jamiexx.com/

The King of Cape- Alfred Hall

This Norwegian duo, consisting of Hans Thomas Kjaer and Bjorn Tvai has been a hit on Norwegian radio, and their debut album is on its way. I stumbled upon this duo a few months ago and I have been obsessed ever since with their upbeat contagious sound. More info on Alfred Hall: https://www.facebook.com/alfredhallpage

Blue- Marina and the Diamonds

Marina and the Diamonds is a Welsh singer-songwriter and she has described herself as an “indie artist with pop goals.” Marina just released her new album “Froot” in April and if you haven’t taken a listen you definitely will fall in love with all her catchy fun songs. More info on Marina and The Diamonds: http://www.marinaandthediamonds.com/

Daniela Andrade is a 22 year old Honduran singer-songwriter from Alberta, Canada. Largely known for her stripped down acoustic covers and originals on YouTube, her videos have been viewed over 55 million times. Daniela is definitely someone to watch for in the next few years especially since she is bilingual and her Spanish music is amazing as well. More info on Daniela: http://shop.danielaandrade.com/

Years & Years are a British electronica trio founded in London and their music has been described as electropop, mixing R&B and ’90s house elements. I discovered Years & Years a few months ago and I have been obsessed with their music because their sound is very unique and there’s nothing out there right now like them. Their new album is due out next month. More info on Years & Years: http://yearsandyearsofficial.com/

Ship To Wreck- Florence + The Machine

Florence + The Machine is an English indie rock band that formed in London in 2007, consisting of lead singer Florence Welch, Isabella Summers, and a collaboration of other artists. It’s exciting to finally see new music from Florence since it’s been a couple of years and she definitely does not disappoint with the new material. Florence’s new album is up for release next month. More info on Florence + The Machine: http://florenceandthemachine.net/

Crystals- Of Monsters and Men

Of Monsters and Men a five-member, indie folk-pop band from Iceland, formed back in 2010. It’s great to see Of Monsters and Men finally releasing new music after all the success with their 2012 album. The new material that has been put out the past two months has been incredible and addicting. Their new album is set for release next month. More info on Of Monsters and Men: http://www.ofmonstersandmen.com

I really hope you enjoy each and every one of these unique songs for your barbecue. Also, I hope that some of these songs will refresh your new or current playlist. If any one of these artists are in your town during their summer tours I would definitely suggest checking them out at your local music venue. Don’t forget that new music from some of these artists are due out in the new month and you should definitely take a listen!

Until next month! Hope you have a great start to your summer!