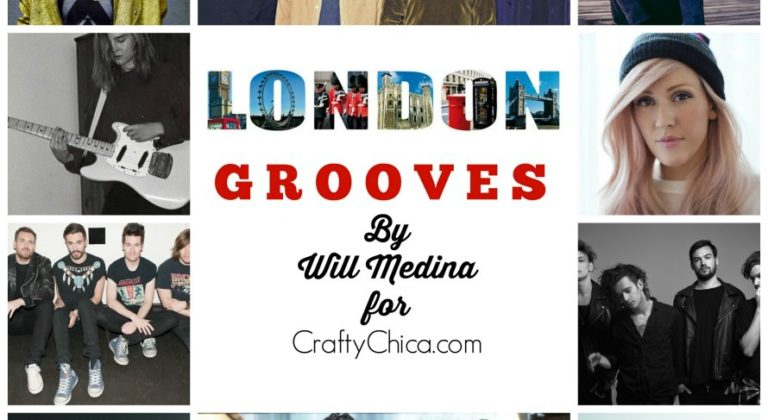 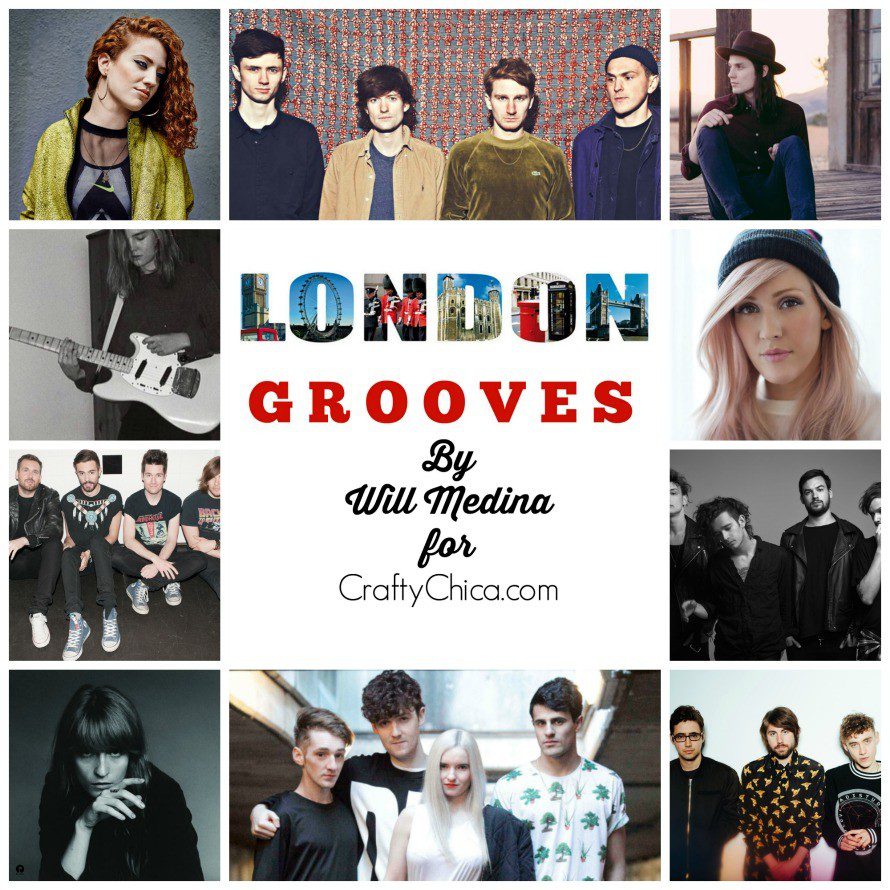 Will Medina for CraftyChica.com

London was recently named the #1 destination in the world to visit. Whether you are traveling there this summer or you wish you could…this playlist is for you! It features new artists and some familiar faces that are popular in the United Kingdom right now. While you listen to each song it might definitely transport you across the pond if you aren’t already there.

Did I mention London is Crafty Chica’s favorite city? 😉

I hope you check out all these tunes that are all pretty much the “the bee’s knees” (some British slang for ya)! 😉

This month I have a Spotify playlist for you, too! If you don’t see the player below, click here to access it.

Hold Back The River – James Bay

James Bay is a British singer-songwriter and guitarist. This year, James received the Brit Awards “Critics’ Choice” award. His new album Chaos and the Calm was released back in January.

Jess is a British singer and songwriter signed to Atlantic Records UK. She is best known for featuring on Clean Bandit’s single “Rather Be” which reached number one on the UK Singles Chart in 2014. Her debut album, I Cry When I Laugh, is set to be released in August. VIDEO LINK. More info on Jess Glynne: http://www.jessglynne.co.uk/icrywhenilaugh/

Years & Years are a British electronica trio founded in London and their music has been described as electropop, mixing R&B and ’90s house elements. Their debut new album, Communion is due out in July. Video: More info on Years & Years: http://yearsandyearsofficial.com

The 1975 are a British indie rock band formed in Manchester. The group consists of Matthew Healy, Adam Hann, George Daniel, and Ross MacDonald. Their debut album peaked at number 1 on the UK Albums Chart back in 2013. Their new album is set to be released sometime this fall. Video. More info on The 1975: http://the1975.com

What Kind Of Man- Florence + The Machine

Florence + The Machine are British indie rock band that formed in London in 2007, consisting of lead singer Florence Welch, Isabella Summers, and a collaboration of other artists. Florence’s new album How Big, Bow Blue, How Beautiful was released earlier this month. Video.  More info on Florence + The Machine: http://florenceandthemachine.net

This British rock band first was formed in London in 2010 and hasn’t stopped making hits since. Their first studio album, Bad Blood, was released in March 2013 and entered the UK Albums Chart at number 1. They are aiming to release a new album sometime this year. Video. More info on Bastille: http://www.bastillebastille.com

Glass Animals are a British indie rock band from Oxford. Their break through hit “Gooey” has won over fans across both the UK and the US. Their debut album Zaba was released in June 2014. Video. More info on Glass Animals: http://glassanimals.eu

The Japanese House is a new solo project of one 19-year-old Londoner named Amber Bain. Produced by Bain herself alongside George Daniel and Matthew Healy (both of The 1975), the track is a dreamlike display of both careful restraint and free-flowing creativity. The Japanese House’s debut EP, Pools To Bathe In, was released in April.  Video. More info on The Japanese House: https://www.facebook.com/Japanesehouse/

Ellie Goulding is a British singer, songwriter and multi-instrumentalist. Goulding’s most recent studio album, Halcyon, was released in October 2012. Her new album is set to be released sometime this fall. Video.  More info on Ellie Goulding: http://elliegoulding.com

My friend, Nicole from Presley’s Pantry – well, her husband is a musician in Los Angeles and last winter, you will never believe what gig he signed on for – to be MORRISSEY’S BASS PLAYER ON TOUR IN EUROPE!

Are you fanning yourself? I still am whenever I think about it. It’s extremely bittersweet for Nicole because on one hand she is thrilled that her honey is going through such an amazing experience, but then on the other hand, she and their little boy misses him quite terribly. But it is sooo exciting! Here is a concert appearance of a recent show. Mando Lopez is the guy in glasses playing bass. WAY TO GO, MANDO!

OK, back to Will…

Whether you’re traveling to London anytime soon or possibly in the near future I hope you feel a little transported from each and every one of these songs! Some artists might be very familiar and some might be very new but all you need to know is that amazing music is coming out of the United Kingdom. I definitely know Crafty Chica will suffer from London withdraws after listening to this playlist a couple of times. 😉

Until next month! Hope you have a great June!

5 Latina singers on the Rise