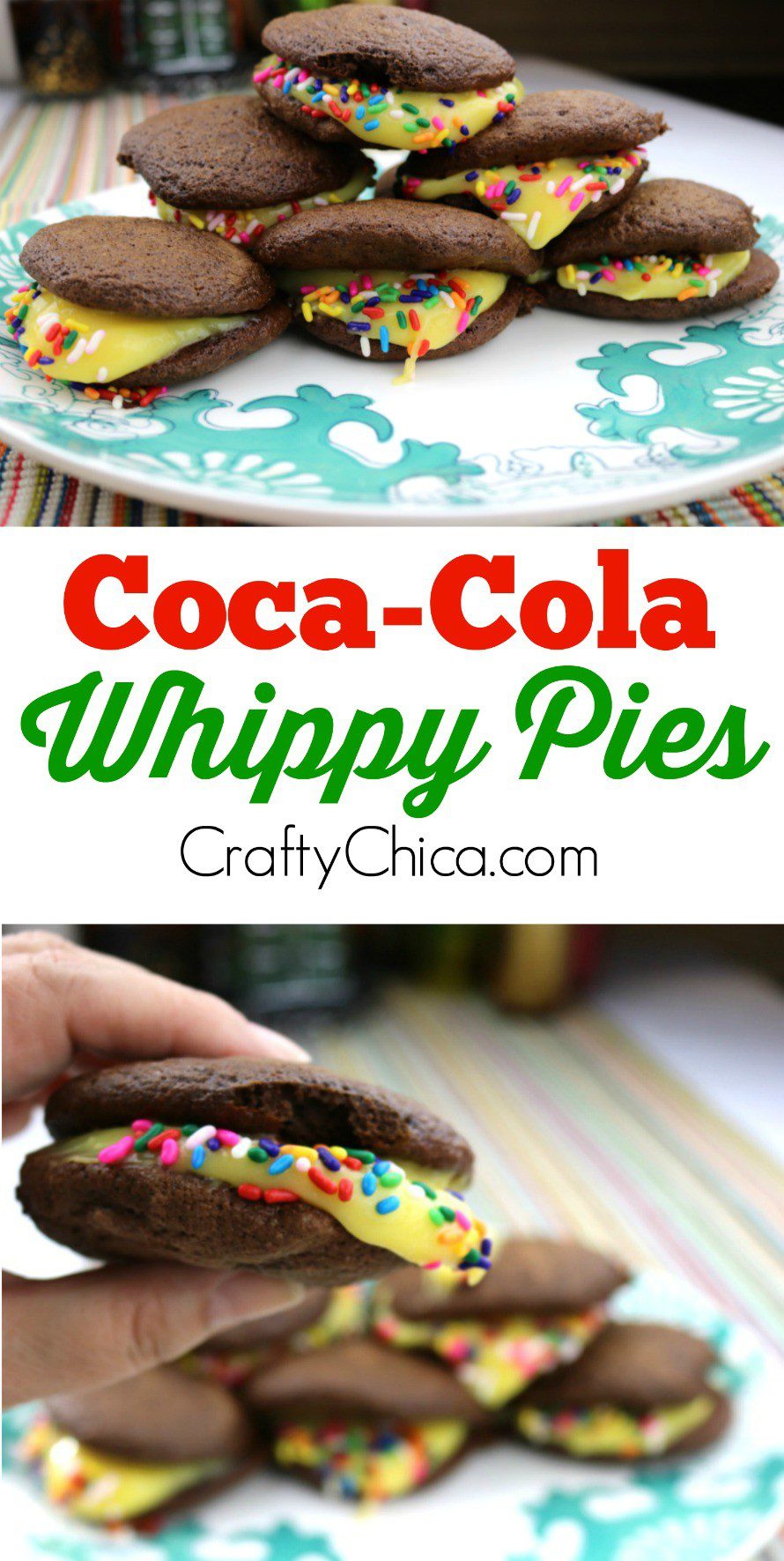 This is a sponsored post with Coca-Cola. All opinions and experiences of making these yummy Whippy Pies are all my own.

There I was, on the plane, tucked into my comfy seat heading home from a week in Los Angeles when I checked my phone one last time before take-off. I’m so glad I did. Up popped a message from the Coca-Cola team.

“Kathy, we have an opportunity in New York City this weekend for you to attend the NYC Wine and Food Festival…”

I shot back a big YES! Right? Wouldn’t you do the same?

My assignment was to attend #NYCWFF for one day and return with inspiration for my upcoming Coca-Cola projects and recipes. Before I go into all that, let me tell you about the festival. Now in its 8th year, the Food Network & Cooking Channel New York City Wine & Food Festival is presented by FOOD & WINE (NYCWFF) and brings together the best of the culinary world to raise money to end hunger. Superstar chefs, TV personalities, chefs, cookbook authors, restaurants and more. All things tasty and creative!

Coca-Cola was one of sponsors, with two fabulous areas for guests to visit and indulge!

This year, the NYCWFF raised more than a million dollars and 100% of the net proceeds benefits the Food Bank For New York City and the No Kid Hungry® Campaign. To date, NYCWFF has raised $8.5 million to help fight hunger!

Scroll to the bottom of this post to see my photos from the event!

I had just bought a new camera and was excited to break it in. Here I am in my hotel room before I left to the event! 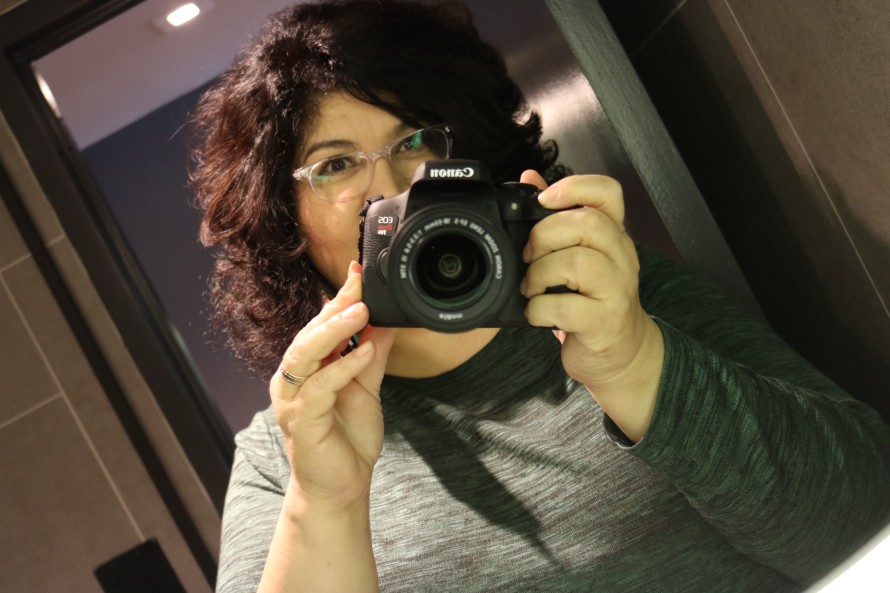 As far as my inspiration – there was plenty to draw from #NYCWFF. I took a long list of notes!

I was really taken by the delicious Coca-Cola Red Velvet Cupcakes that were served at one of the Coca-Cola areas. They were very dense, moist and topped with a light, fluffy frosting. 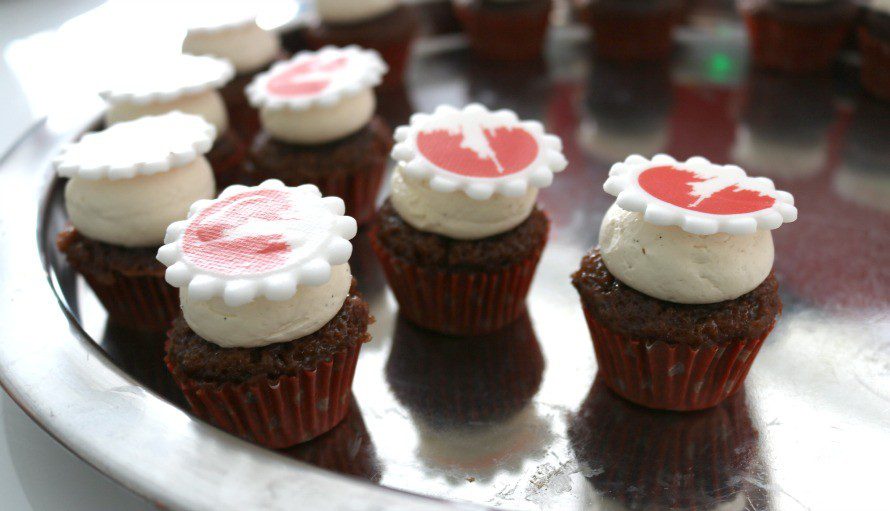 My takeaway – Coca-Cola Whippy Pies! I took a basic cake mix cookie recipe and subbed the oil with Coke and instead of whipped cream I used pudding as the filler! 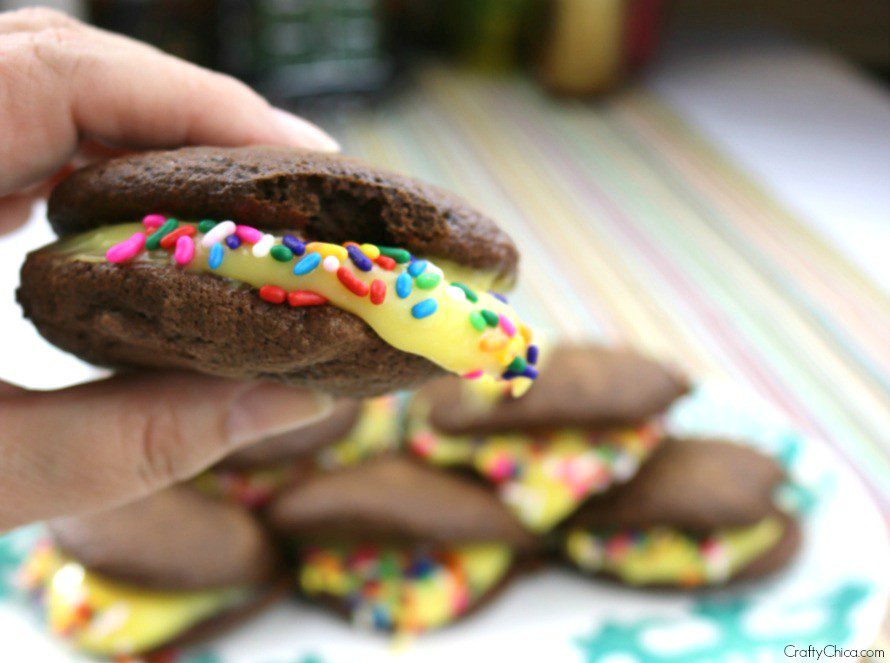 Ingredients (for a smaller batch, cut everything in half):

1-1/2 cups of 2% milk (NOTE: Directions says 3 cups, but to get a thicker consistency, I found half the amount works perfectly).

Mix and let chill in the fridge while you prepare and bake the cookies. 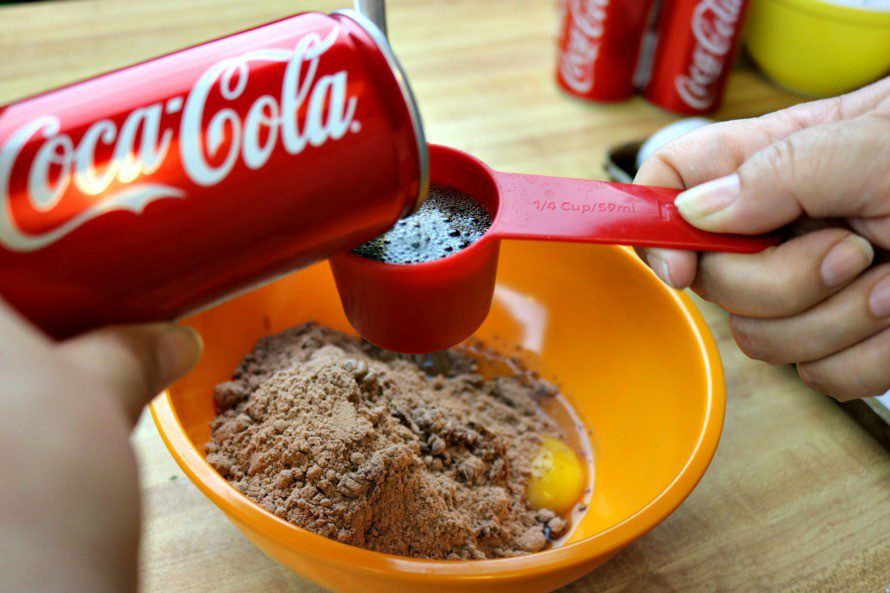 Preheat the oven to 350 degrees. Pour the cake mix, eggs and Coke into a bowl. 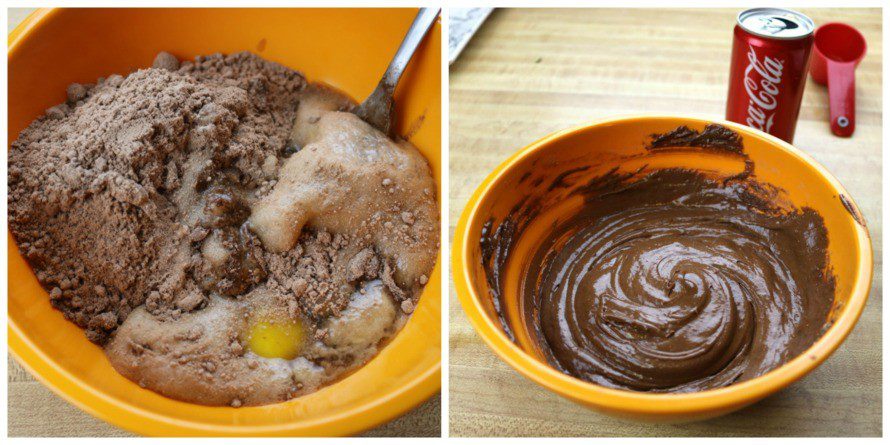 Stir well with a fork until everything is blended and smooth. The mixture will be very thick. 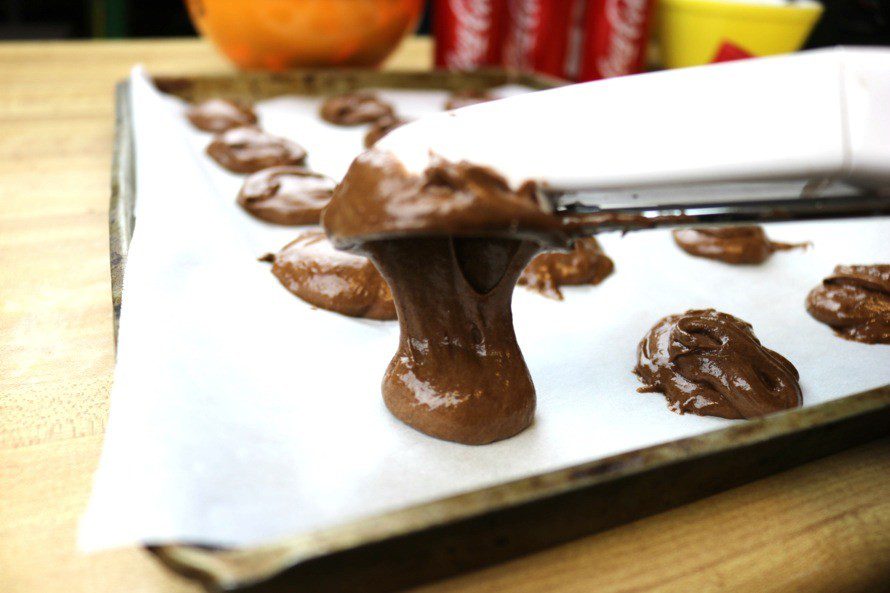 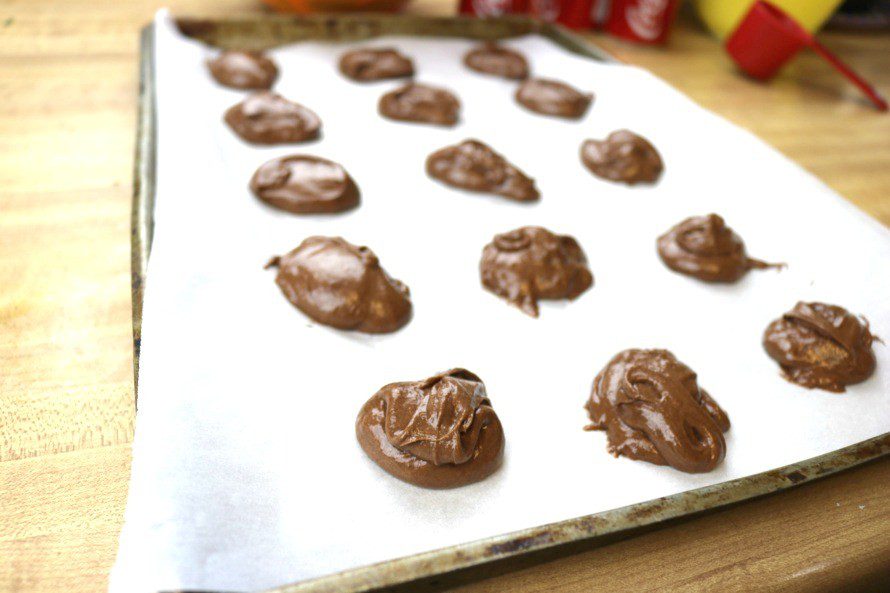 Bake for 10 minutes at 350 degrees. Remove and place on a cooling rack. 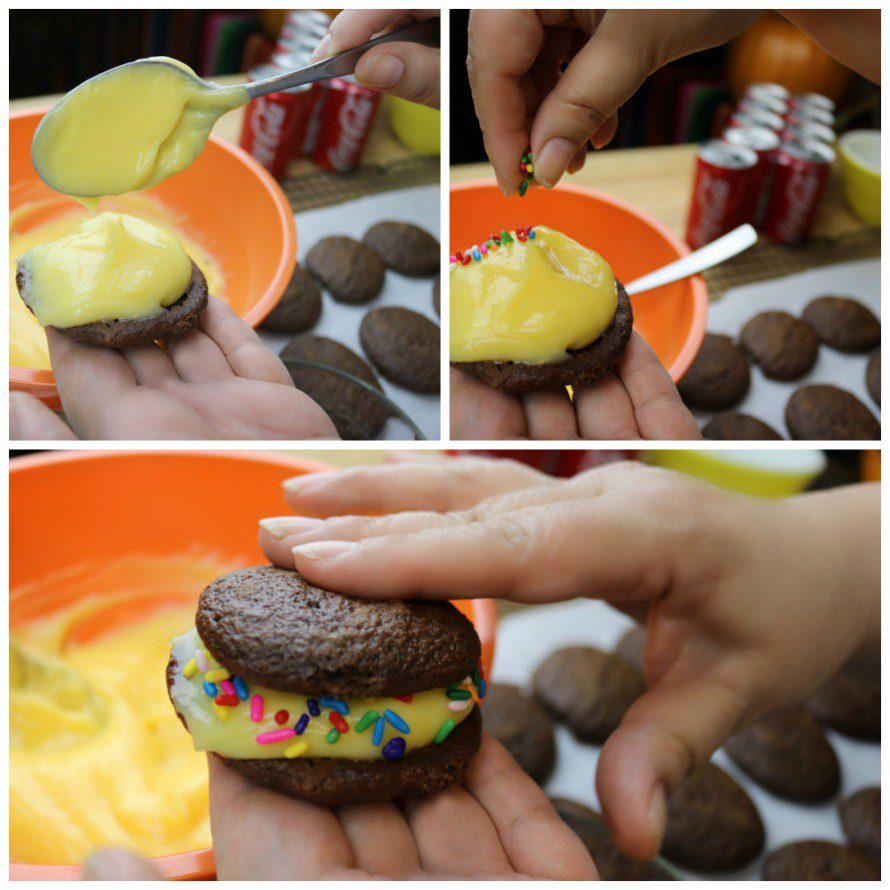 Remove the pudding from the fridge and stir so it is nice and creamy. Add a dollop to the backside of a cookie, add sprinkles if you want, then place another cookie on top. 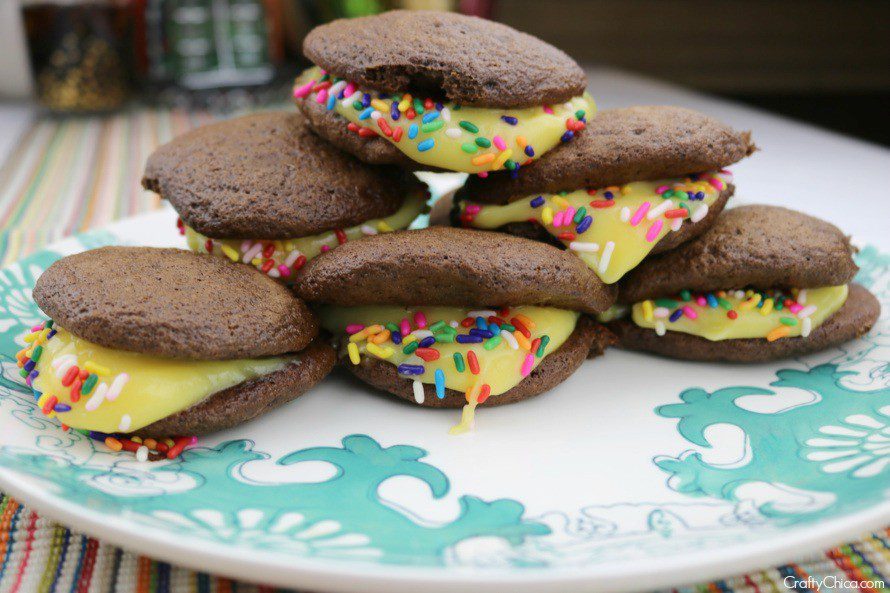 To firm them up, wrap with plastic and place in the fridge until it is time to serve them. They are light and make for a perfect party treat! 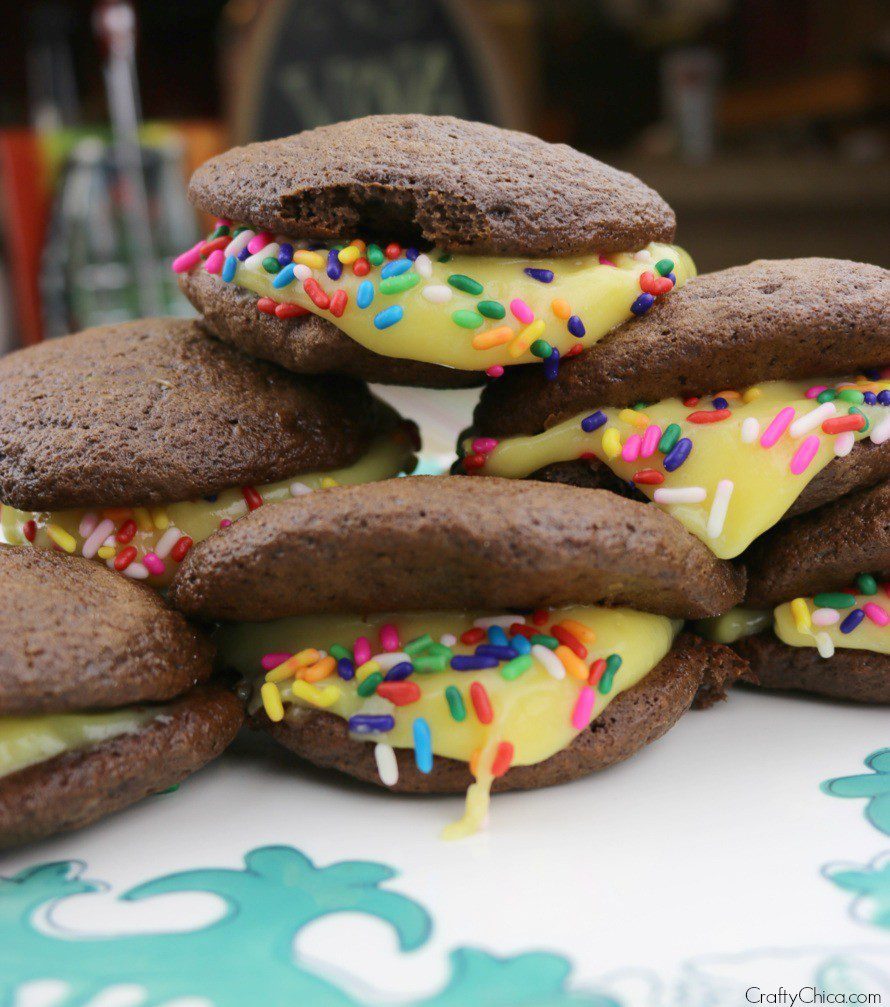 OK, on to my pictures from #NYCWFF! 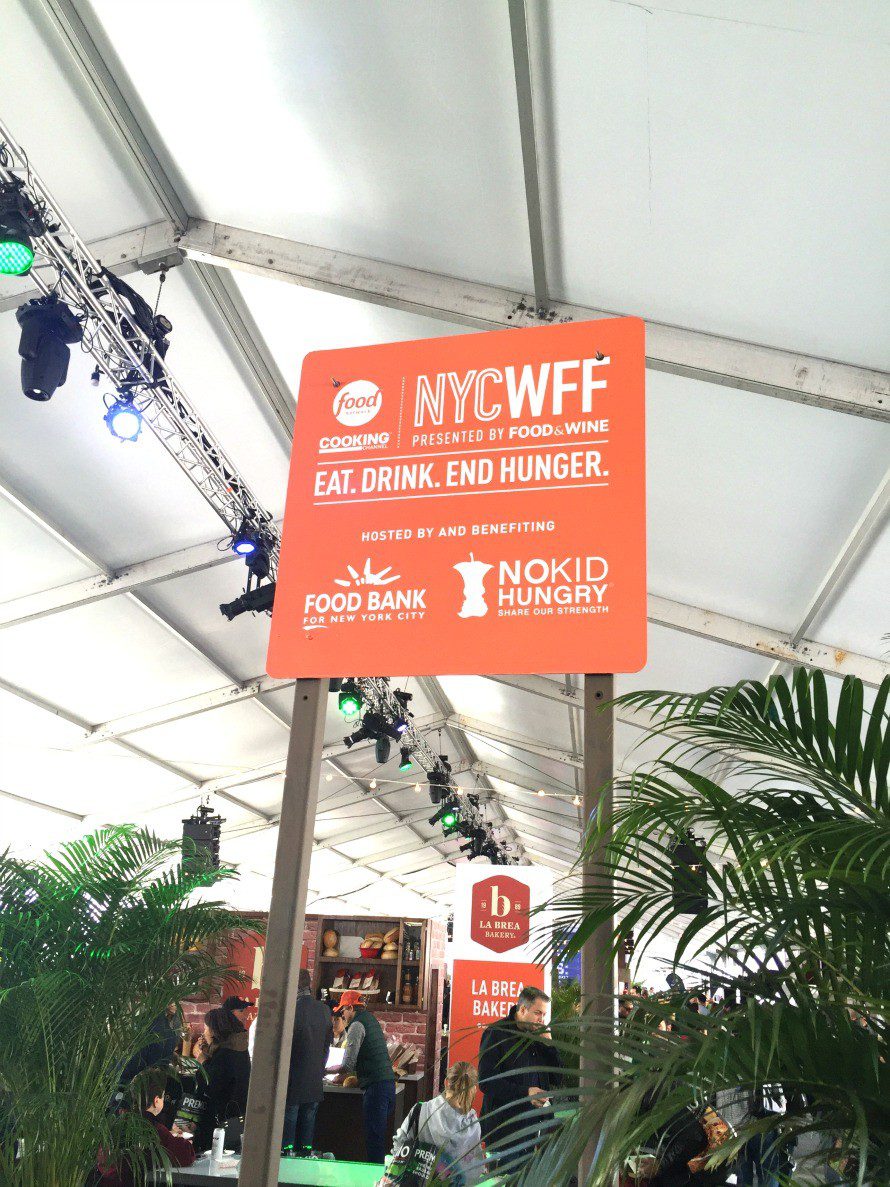 The event was held at two large piers, half inside and half outside. Talk about sensory overload – there were bands performing, book signings, tastings, lots and lots of food sampling! 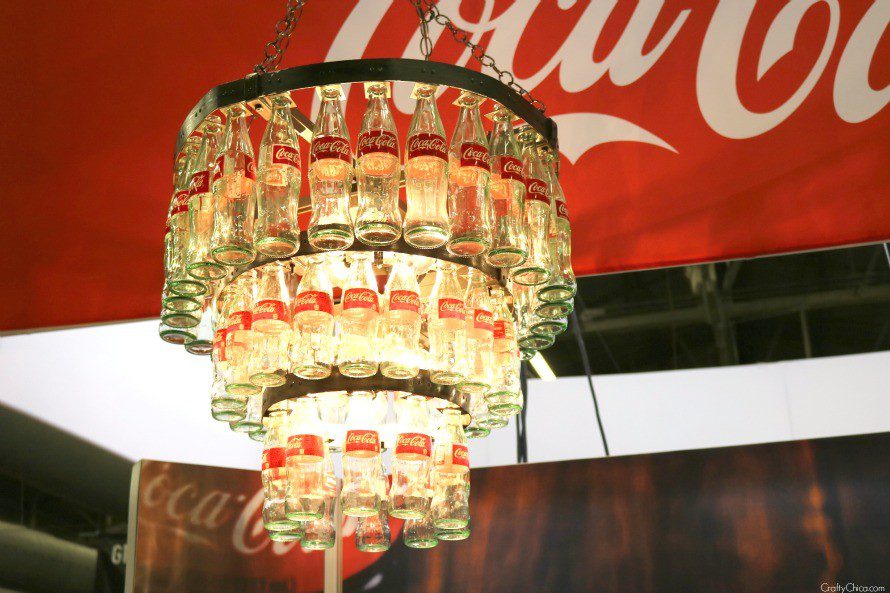 This piece just about stopped mi corazon! It was a huge chandelier made from Coke bottles! This picture doesn’t do it justice, the light illuminated beautifully from the inside out! 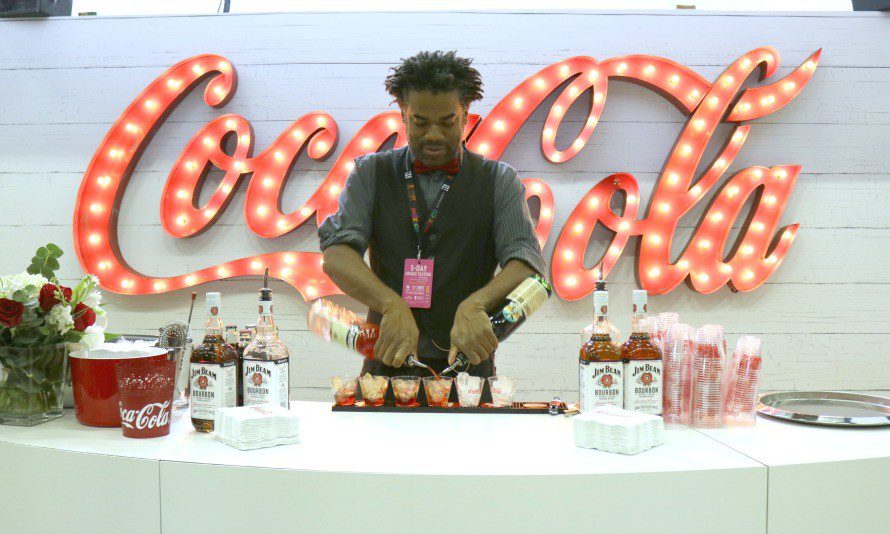 I love how everything in the Coke areas were the MOST! Big lights, artful statements, all around classy and chic! 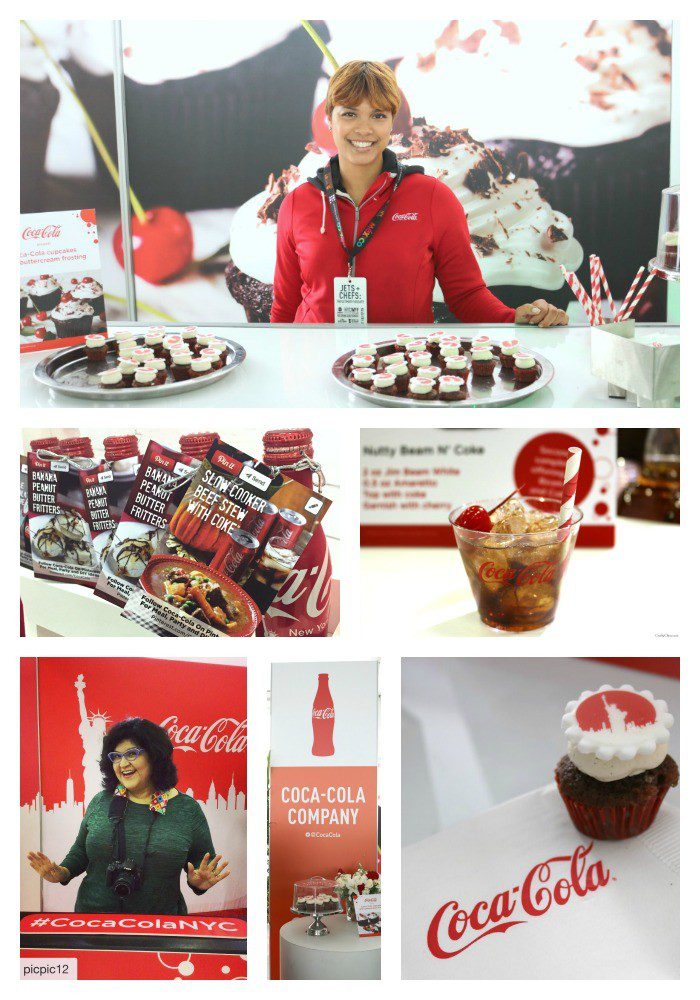 I’m excited to share I’m now one of a team of Coca-Cola lifestyle bloggers! We are a very creative bunch and are all excited to come up with and share ideas with you. You can see all our work – plus a lot more goodies – by following Coca-Cola on all their platforms!