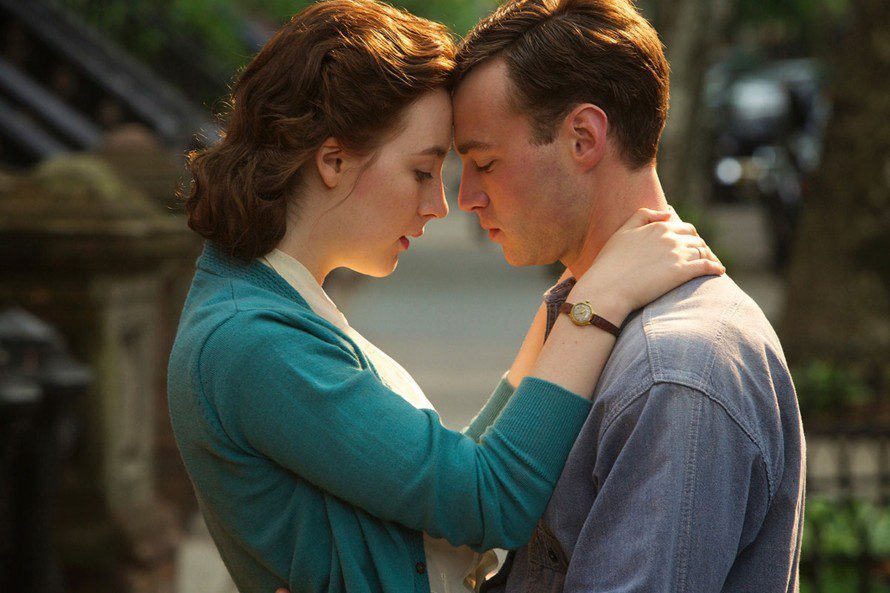 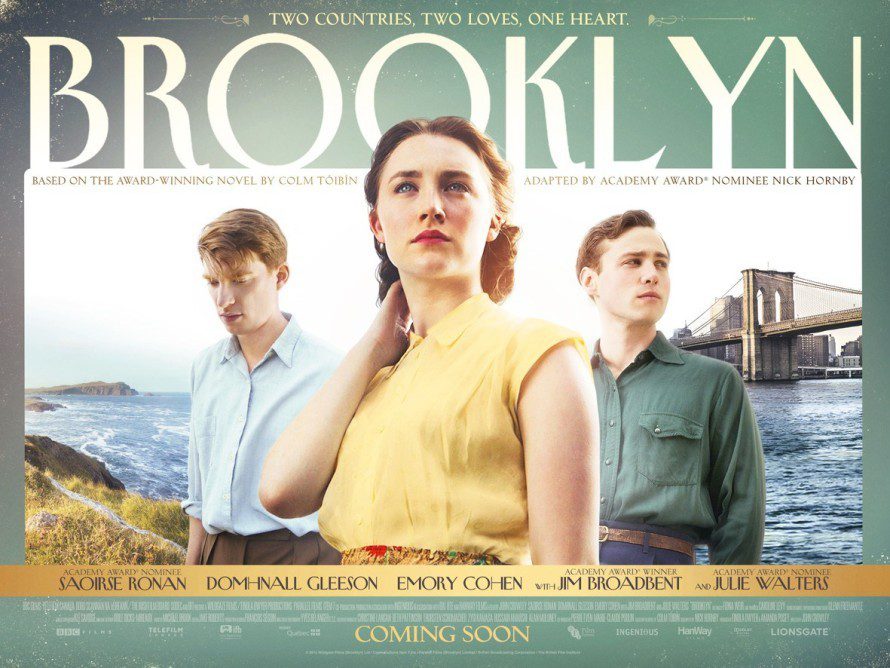 As soon as I saw this poster, I knew I wanted to see the new film, Brooklyn. Then I watched the trailer and I knew I’d love it. It opens this week and I was able to catch an advance screening. Wanna guess if I liked it or not? Let’s observe the plot: An old-fashioned coming-of-age love story about a young woman having to choose between two worlds? Um, yah. I’m so there.

HAND OVER THE BUCKET OF POPCORN!

Before I go into my glowing review, here are all the official details! Here’s the trailer.

Official synopsis: BROOKLYN (PG-13, 111 minutes) tells the profoundly moving story of Eilis Lacey (Saoirse Ronan), a young Irish immigrant navigating her way through 1950s Brooklyn. Lured by the promise of America, Eilis departs Ireland and the comfort of her mother’s home for the shores of New York City. The initial shackles of homesickness quickly diminish as a fresh romance sweeps Eilis into the intoxicating charm of love. But soon, her new vivacity is disrupted by her past, and she must choose between two countries and the lives that exist within.

REVIEW: This one is a keeper! It’s a gorgeous film teeming with color and drama that hugs your attention, every bit is sweet and captivating. And very relatable in a timeless, universal way.

It’s in the 1950s, and Eilis lives with her older sister and mother. Life could definitely be better. Eilis works the front counter at the local store under the supervision of an old bitty boss. Luckily, Eilis’ big sis has set up a legal transfer for her to move to America to find a more hopeful life. After a grueling ship ride across the ocean, she arrives in Brooklyn – naive, lonely and just about depressed. She has the comical antics of her boarding house roommates to keep her spirits up, but then it happens….she meets a boy at a dance and ultimately falls in love. Within days it seems as though her new life is set in motion in a very good way. But like any good story, her world is upended when she must return home to Ireland for a serious family matter.

“I’ll only be gone a month,” she tells her boyfriend.

But once she crosses the doorway of her mum’s casa, the magnets of her past pull her tight. Everything on her former hometown wishlist manifests quickly: An awesome job, a rich boyfriend, her mother’s approval.  She struggles between being there for her family and living up to their expectations for her, or breaking their hearts and forging her own path in her own way. Meanwhile, she the countdown is on for her to return to Brooklyn. If she returns.

This movie touches on so many topics that are relevant today – immigration and adjusting to a new land, crazy first love, honoring your family, dealing with guilt bombs from your elders, the torture of keeping a secret. And having to suck it up and get with the program, all of it. Actress Saoirse Ronan takes firm hold as lead and never lets up. I’ve followed her work since Atonement (in which she was the youngest actress ever to be nominated for an Oscar). She has such a striking presence, she captivates in all her roles. And I love that she is tall, lanky, a little goofy, imperfectly gorgeous.

Brooklyn is one of those films that will make you put down the remote if you are channel surfing, you’ll watch it over and over by yourself, with friends, while you’re crafting. You can put it on in the TV room for family gatherings or for wrapping gifts during the holiday season. But before all that, go enjoy it at the theatre with your mom, sisters, cousin, friends, even for a date night!

Brooklyn gets four( out of five) shiny sequins from me! Here’s a link to the official site. 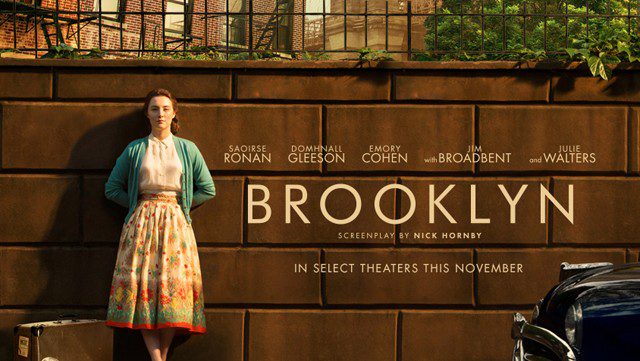