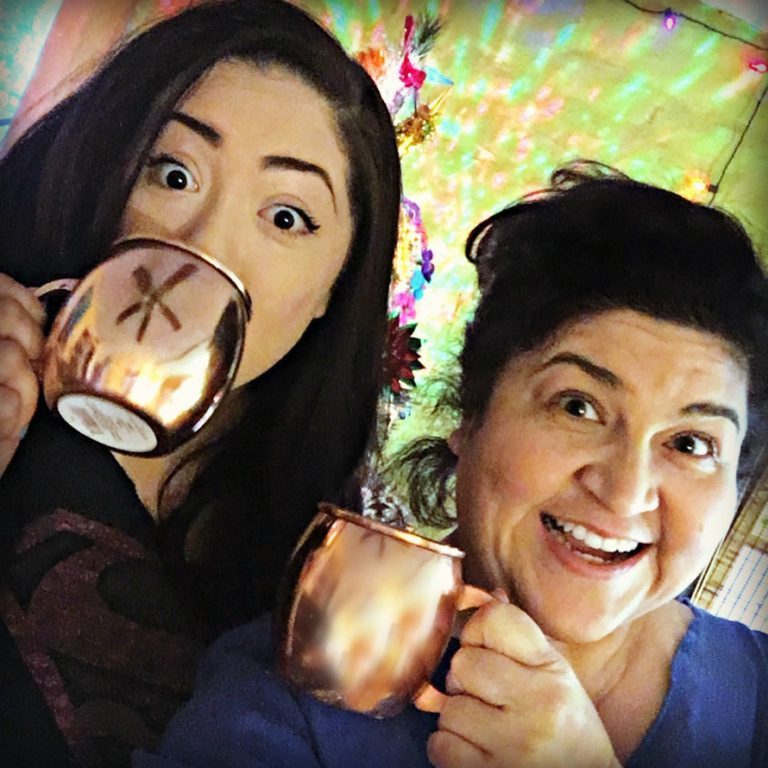 Target has teamed up with Improv Everywhere to create a new gift idea called Wonderpacks! I LOVE the concept because it’s all about giving an experience, not just a basic object.

Just like this video below! It’s so cool. They set up a giant light switch in a random place, and when a passerby flips it, the world around them lights up!

So to capture some of that magic, Target curated an array of sets with themes meant to inspire and spark your creativity! and they are called Wonderpacks! Here are a couple other Wonderpacks.

Of course I had to try one out. I chose the Long Distance Posada Wonderpack. My inspiration comes from my friends in Los Angeles they live in the same city and sometimes I get that I can’t hang out with them as often as I wish. So now, I kinda can! I can use my selfie stick and Moscow Mule mugs to have my own lil party, and then send them pics at the same time they are having their parties! Here I am with Maya, testing out the selfie stick and the mugs! We stood in front a crazy light projection we have on our living room wall and sent this photo out to friends and family. How to make a Moscow Mule (served in copper mugs): Fill your mug with ice. Combine 1-1/2 ounce of Vodka and 4 ounces of spicy ginger beer. Add 1/6 ounce of lime juice. Stir and a lime wedge for garnish. And as far as the tambourine – my husband snatched it and gave it an island makeover! He’s a musician and wants to take it to his gigs and use it to invite people in the crowd to jump on stage and play the tambourine with the band!

The set also included a set of sparklers, which make everything magical! Here are a couple other Wonderpacks. I would act fast because a few of them are already sold out! I bought this drone one for my husband. You can attach the mistletoe to the drone, LOL! These are so fun and I had such a great time playing with all the goodies in my Wonderpack. Thank you Target!