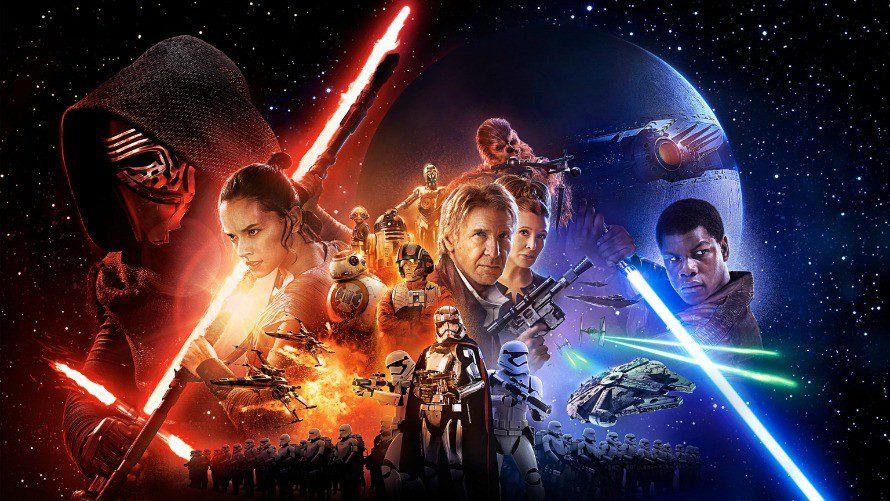 My advice for you, a potential moviegoer for Star Wars: The Force Awakens?

This is one will go down as a classic. The sooner you see it, the more you’ll avoid spoilers. This is solid old-fashioned storytelling led by endearingly-flawed, compelling, loveable characters old and new. Don’t worry if you know nothing about the franchise’s earlier films, this one stands strong on its own. But if you are a fan, be ready for an emotional explosion that ranges from lighthearted chuckles to sentimental sobs. I’m talking some serious novela-level angst-driven plotlines!

Storylines aside, the texture of the film, the graphics, vibe…that score (bites knuckles) – all embody the spirit of the original Star Wars series. The Force Awakens is by far, a homage to those flicks. And that’s a good thing! We get to see our favorites (Han Solo! Princess Leia! R2D2!), which is worth waiting two-hours in line for a seat, but the pleasant surprise? The newbies in the galaxy – BB8, Rey (Daisy Ridley), Finn (John Boyega), Poe (Oscar Isaac) and Kylo Ren (Adam Driver)! They each come with their set of deeply-rooted internal battles. And their decisions, good and bad, will make your heart skip a beat and then melt into mush.

I’m not at all a sci-fi geek, nor have I ever considered myself a card carrying Star Wars activist, but I do love the first two films…and this one most of all. I won’t go into the plot because this movie is best experienced with a clean slate. You’ll enjoy every moment so much more. At its core, it’s a tale about good vs. evil, friendship, unconditional love and keeping hope alive. It runs long, a little over two-hours, so make sure to use the restroom before the film starts. There isn’t a spot to sneak out, every scene is a keeper!

Another tip – tell your friends and family to be quiet during the film. There are many moments of temptation for color commentary, but don’t give in. Keep it for the drive home. Trust me, every line of dialogue is purposeful.

I don’t know what else I can say to convince you to check it out. It’s worth the hype. Star Wars: The Force Awakens makes moviegoing the event it should be. There is magic on the big screen, and I bet 20 years from now, you’ll look back and remember who you sat next to, and the feeling you had exiting the theatre.

Seriously, you know what I did afterwards? I had to go and EAT COMFORT FOOD! I’m talking pasta in cream sauce.

I have some goodies for you! My son, DeAngelo, from TheGeekLyfe.com, made these clever Star Wars Bingo cards for you to print out and play while you wait in line for the movie. It will help entertain you as you pass the time!

AND leave a comment below telling me why you are excited for the movie and I’ll choose one name on Monday to win a Star Wars: The Force Awakens prize pack, gifted by the studio (they will mail it to you): 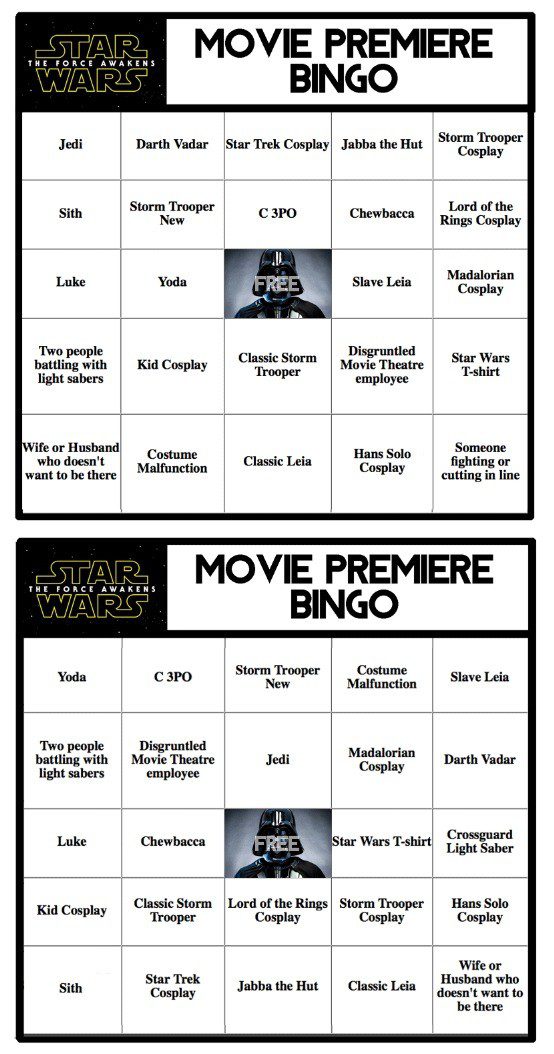 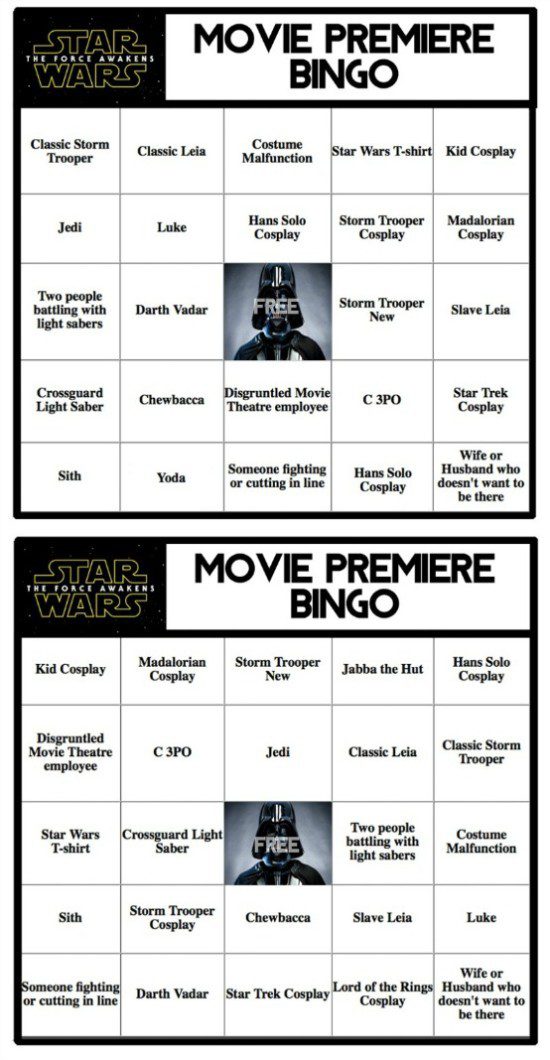 May the force be with you!