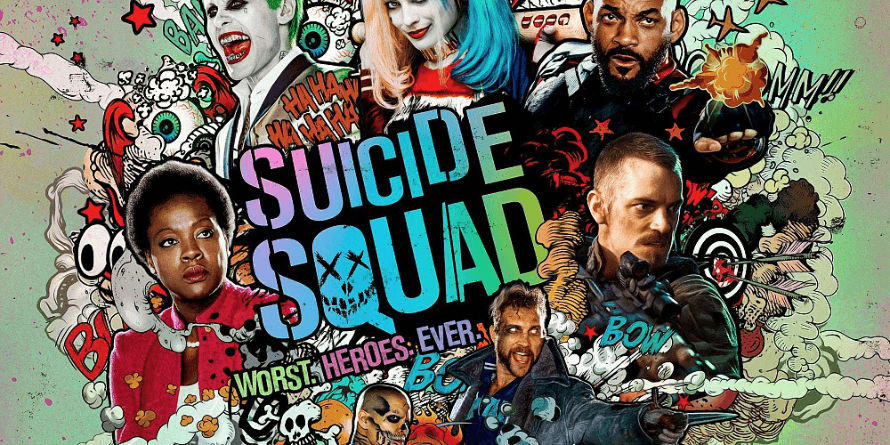 It’s no secret that the genre of super-powered beings dressed in colorful outfits has taken over the film industry in major ways. We’ve seen the lineup for the superhero films for both Marvel and DC Comics and they are impressive!

While I do enjoy watching a film about a good guy saving the day and getting the girl, I have always favored the anti-hero. Those scummy folks who might have the skill to save the day but usually wait until getting paid or finding some way to get their hands dirty before doing a good deed. As though the comic book gods heard my humble prayer, they bestowed upon us the wonderful film of Suicide Squad.

Suicide Squad is a film set in the DC Comics universe set after the events of Batman vs Super Man: Dawn of Justice. The US government needs a secret weapon to use against any metahumans who would threaten the country. Director Amanda Waller assembles a team of incredibly powerful and dangerous villains and assigns them to fight in missions that will most likely result in their death and even if they succeed, their reward is only a slight reduced sentence and they never get the credit. Their first mission ever mission turns out to be more than expected and it pushes the evil doers to their limits to help save a world that doesn’t care for them.

How did the film do? (Click here to see the trailer)


It blew away my expectations! After seeing the controversy surrounding Batman vs Superman due to its questionable storytelling choices, I was skeptical of Suicide Squad, especially since it had a hefty team of Harley Quinn, Deadshot, El Diablo, Enchantress, Killer Croc, Katana, Captain Boomerang, Slipknot, and Rick Flag. Despite the large cast the film was fast, fun, and gritty.

It felt like the ghetto Avengers due to the fact that these were people who everyone hated and wanted dead. Yet you couldn’t help but fall in love with the characters for doing terrible acts such as drinking during a fight or openly stealing during a mission. They were flawed characters who made mistakes that we could all relate to in one way or another.
Here are Five Reasons You’ll Love Suicide Squad
Diversity
Viewers got a chance to see a majority of the character’s backstory with flashbacks. The characters themselves were diverse in ways that had me in awe. For the first time, I saw a super hero film that featured strong, african american leaders, respected Japanese hero, a complex latino hero and so much more!

One example of this is El Diablo who was born with the ability to manipulate and produce fire, his background is introduced simply as a latino gang banger from Los Angeles. As the story progresses you come to find that he has become a pacifist after recognizing all the wrong he did and vows to never raise his hand against his enemies. I can’t ever remember seeing a film while a Cholo was so complex in mainstream media.

The major women of the film were Amanda Waller, Harley Quinn, Katana, and Enchantress. Each of them are powerful in their own ways and while some of the characters were scantily clad, when it came to combat they all fought alongside the male characters, taking blows while giving them right back.

It’s an odd sensation seeing women suffer at the hands of men during combat because on one hand we’re all taught that hitting women is the worst crime but seeing them get kneed in the face and then moving on to attack feels right. It’s the kind of progress we need in mainstream media and I’m glad it started with Suicide Squad.

The music used in Suicide Squad is a list of wonderful musical artists from Etta James to the Rolling Stones. Although many of the songs are used just long enough to get the chorus out, they are incredible nonetheless. Even some songs caught me by surprise like Action Bronson’s collaboration with fellow rappers Mark Ronson & Dan Auerbach in their single Standing in the Rain.

This film has music for everyone to enjoy!

The fight scenes are pretty much why comic fans come to super hero films in the first place. We want to see individuals perform impossible tasks and because the heroes of this tale are all villains, it makes it even sweeter.

When you compare the ninja like fighting style of Batman and compare it to the raw, fury of Harley Quinn it’s night and day. Especially with Harley making no effort to hide the fact that she will kill anything that stands in her way while Batman tries his best not to kill people.

Even the more mystical folks such as Enchantress had a ton of incredible CGI effects on her that made her look like a supernatural being among non powered villains. Other awesome scenes included El Diablo’s super dope Aztec skeleton fire warrior transformation and Killer Croc’s entire presence in the film.

Despite the world being filled of terrible death and destruction, the characters of Suicide Squad keep things light hearted by making jokes one another or playing pranks on each other, Harley Quinn and Captain Boomerang are the real brats of the movie who makes the jokes through action or speech. They are a great balance to the otherwise serious film, it’s aspects I wish were more present in other DC films.

Now for some SUICIDE SQUAD DIYS!


I hope you enjoyed my review of Suicide Squad, I personally recommend it to everyone! It’s a great ride and has something for everyone but I do believe that comic book fans will enjoy it even more for the hefty amount of hints or references it makes to other aspects of the DC Universe.

More from TheGeekLyfe: Will Suicide Squad Be More Popular Than the Average Superhero Film? 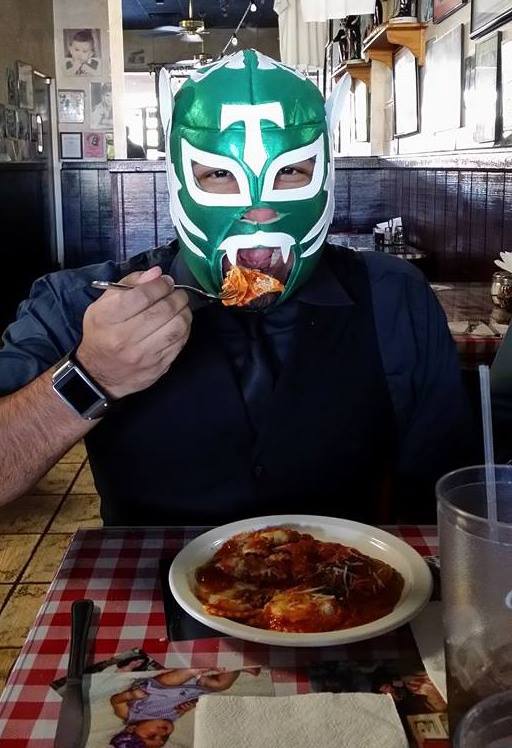 DeAngelo Murillo is Kathy’s son, and runs his own site, TheGeekLyfe.com. He goes by Darth Mexican, and has been a geek for 24+ years. His interests include Anime, Cosplay, Comic Books, Kung Fu films, Video Games and Table Top Gaming. With strong character traits such as optimism and ambition, it’s hardly a surprise that Darth Mexican decided to create a blog centered around Geek Culture that kept the community updated on all things they care for.