Now is the perfect time for pirate craft ideas, since  Dead Men Tell No Tales is now showing in theaters. It’s the last in the series of swashbuckling adventures starring Johhny Depp – we’re talking the FIFTH installment. I’ll admit, I worried if this film was even needed, it seemed like we’d seen everything there is about pirate life already. How could they top the skeletons and mermaids?

But I assure you, if you enjoyed the previous movies, you’ll love this one.

It has everything needed for a memorable flick – lots of action, laughs, a touch of romance. And it ties up all the loose ends of all the story lines perfectly. So much, my eyes watered at the end a couple times. I know some critics will think it’s another overblown gimmick – but isn’t that what summer movies are all about? Pay no mind to them and just go see the film and let yourself have fun. It’s a lot of the same of what we’ve seen before, but a whole new plot offers more context into the characters.

What I really loved most is it offers backstory to Barbosa (insert cry face)… and Jack Sparrow. We find out how he became infamous and beloved by his crew and how he lost their respect. We see him start at rock bottom to earn their friendship back, and his self-worth. Along the way, we deal with ghost sharks, a crazy bank heist, star spotting and a hunt for Poseidon’s Trident.

There are two cameos (actually three) that will make you do a double-take and then grin in satisfaction.

Splurge on a tub of popcorn and prepare to be entertained. That’s all I’ll tell you because you really need to see it without knowing too much!

On to the pirate craft ideas! I just played around and made some small things that can be used for a pirate’s party or as gifts for hardcore POTC fans. 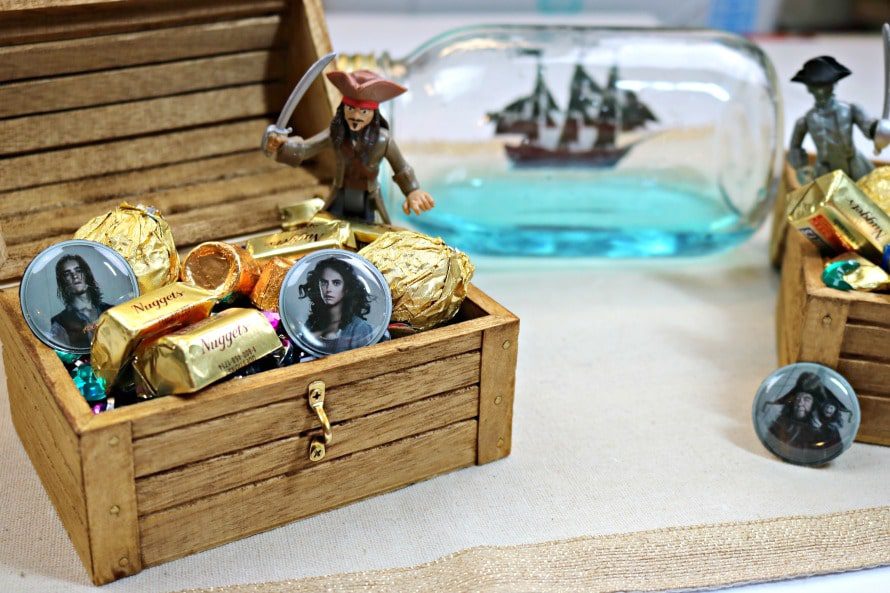 Remember how the Black Pearl ended up inside a bottle? We see it again in this film. I got inspired! 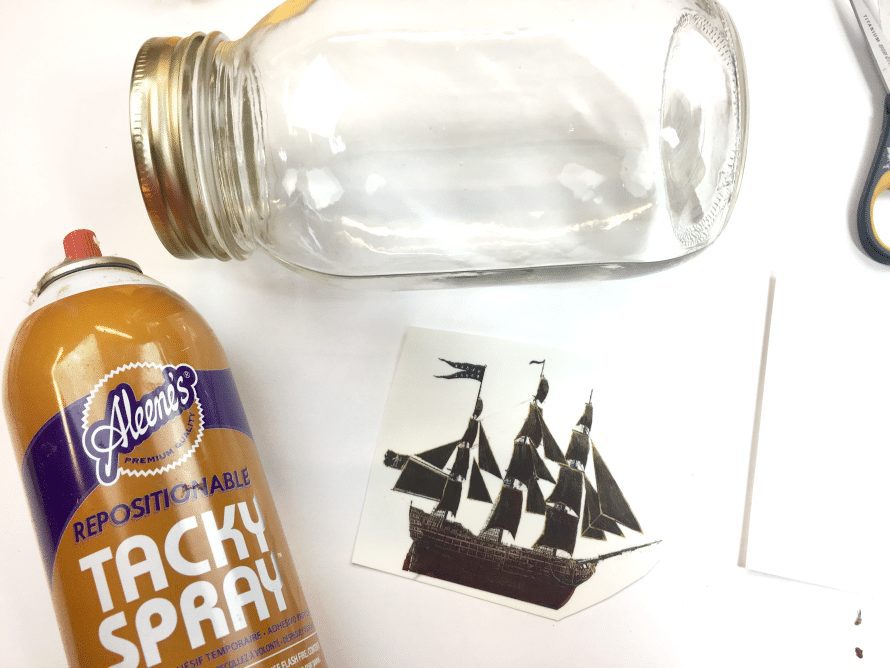 I found a picture of ship (side view), and then I darkened it up on PicMonkey. I printed it to 4×6″ and cut it out. Then I used spray adhesive to affix it to a large Mason jar. Seal it with gloss varnish. For the inside, I added a little water, a dab of food color and just a teeny drop of dish soap. 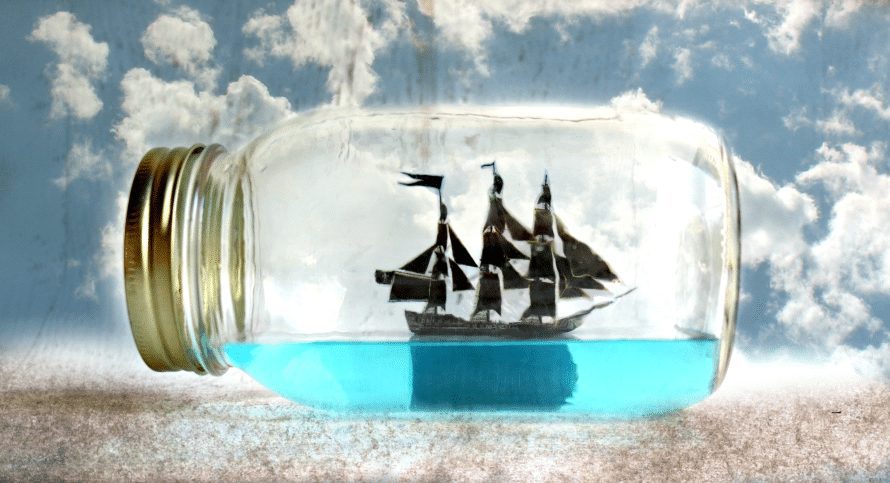 For the next one, I used some small wood treasure boxes and painted them with wood stain. 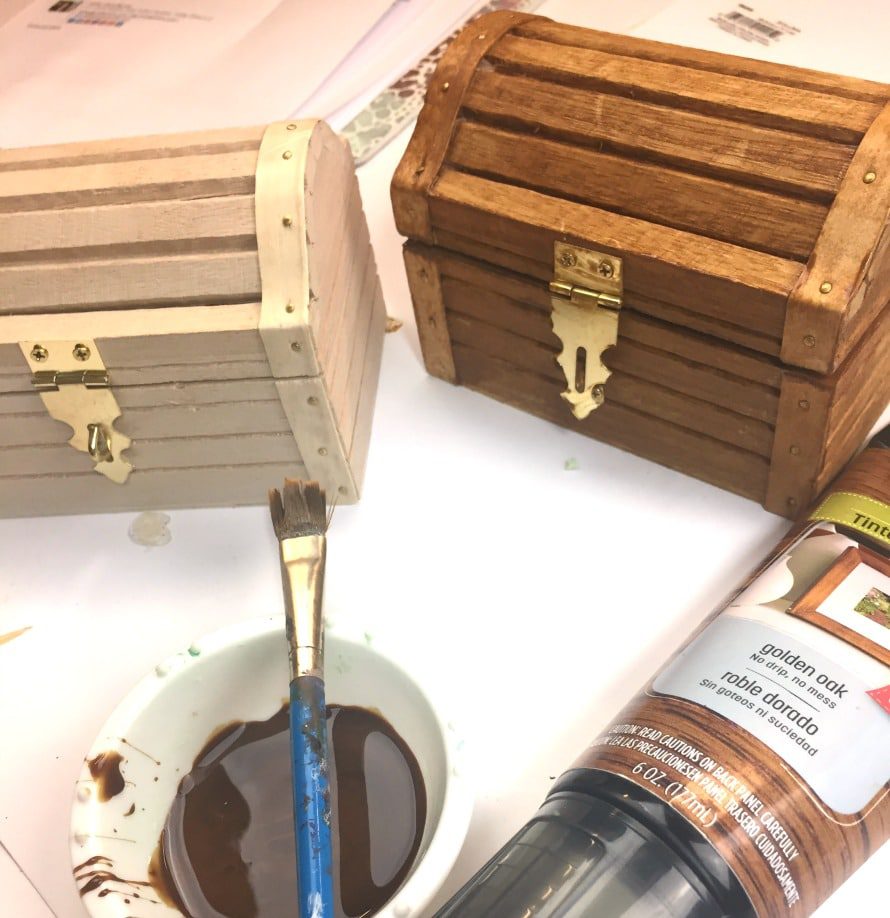 Then I filled them with Hershey nuggets, gems, Pirates of the Caribbean action figures, etc. 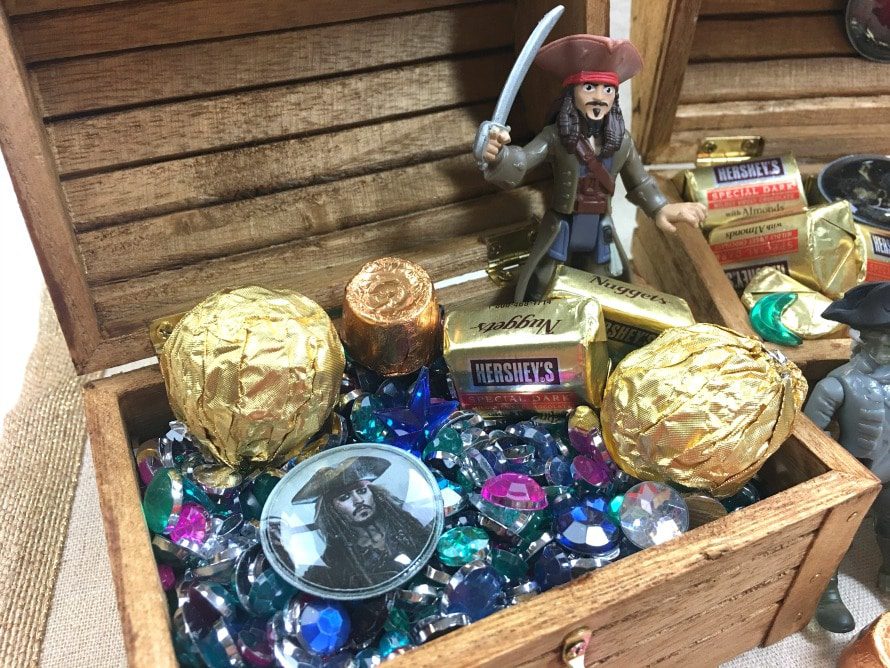 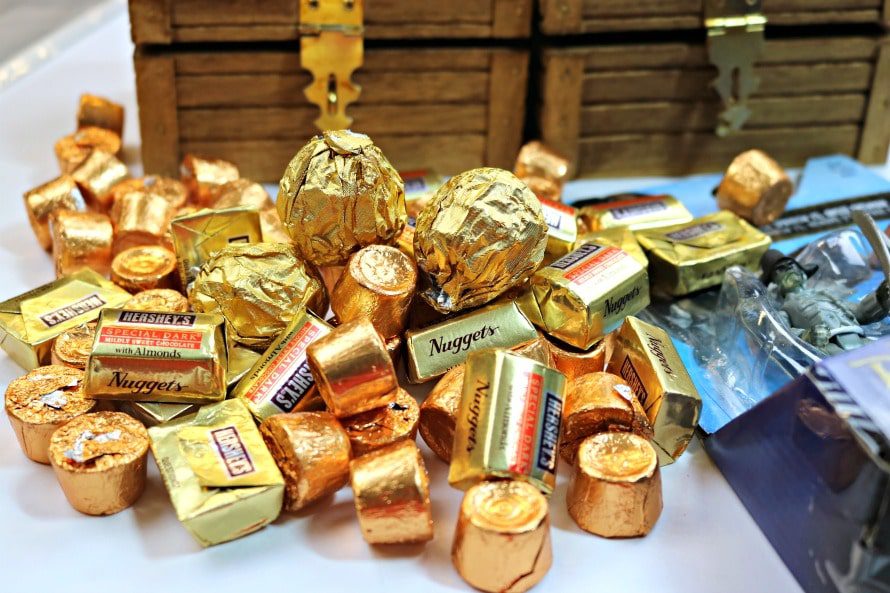 And here is a project I made when the last film came out. It’s a sleeveless ruffle top that is perfect for cosplay or to wear to the movie, or pirate party, etc. 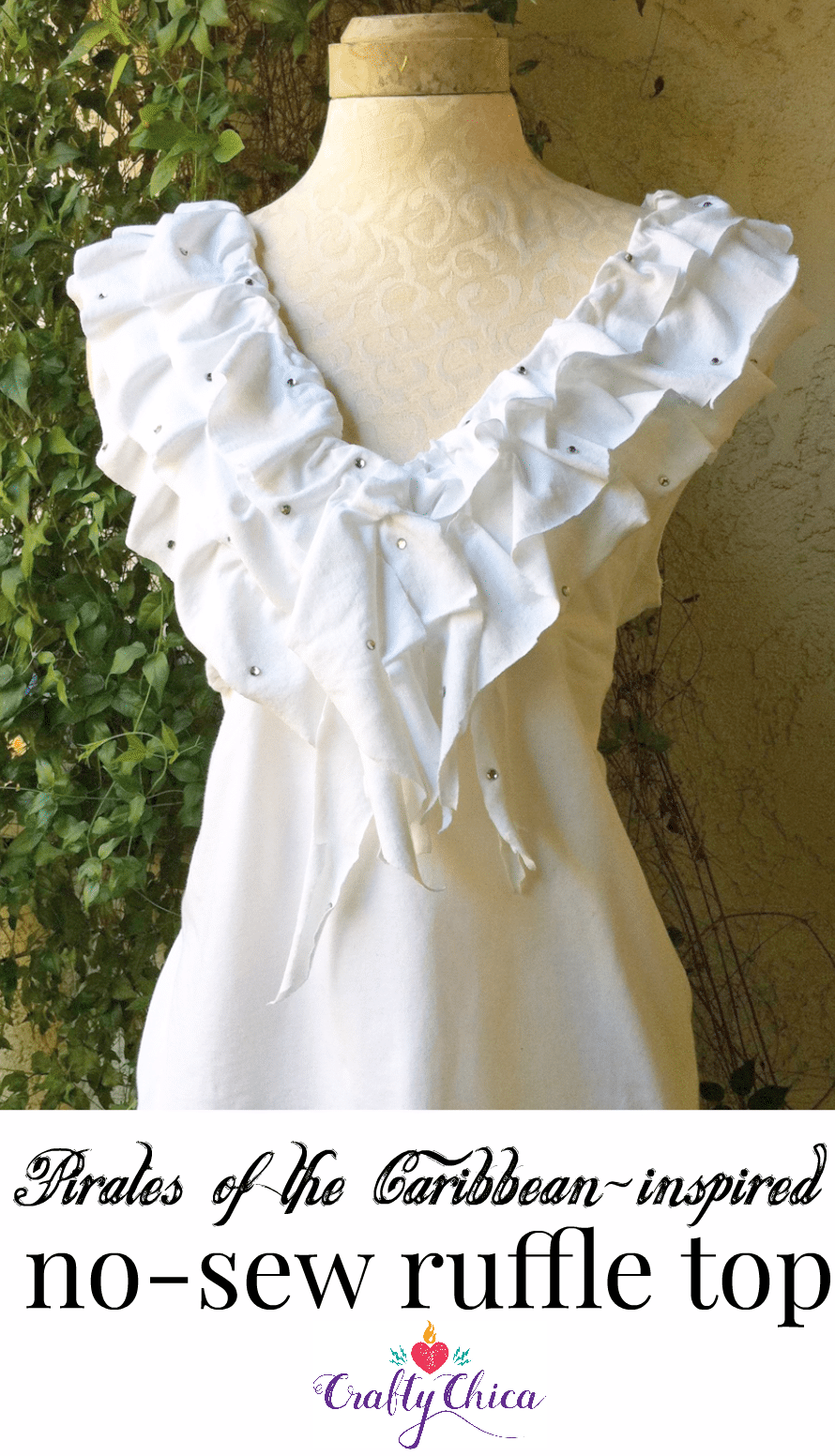 Thanks for checking out my pirate craft ideas, let me know if you saw the movie and if you liked it!