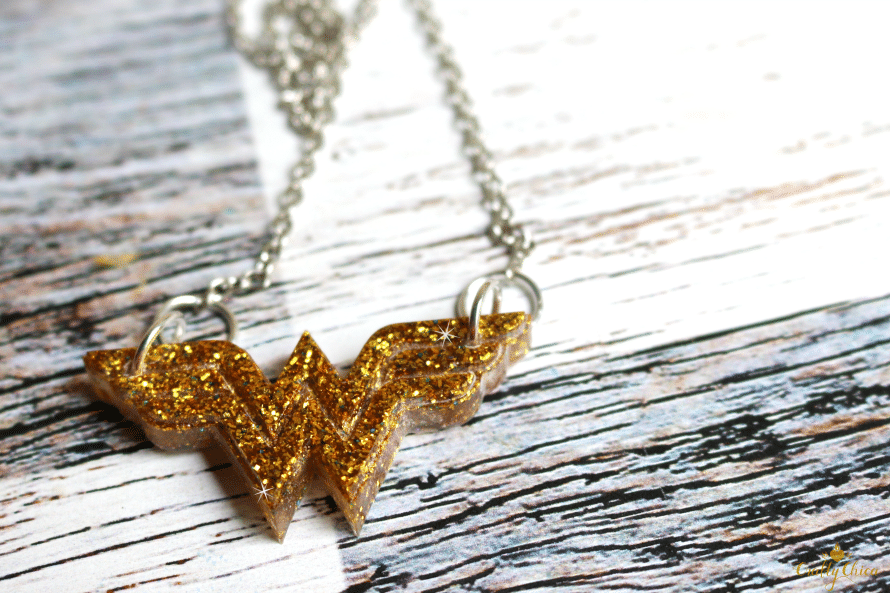 I think everyone will be in the mood to make Wonder Woman jewelry this weekend when the Warner Brothers movie opens. I found a WW silicone ice cube tray and thought it would be perfect to make statement necklaces and rings!

Here is the link to the mold I used!

You can make these in one night and wear them to the screening. And the tray has multiples so you can whip up plenty for your friends, cousins, sisters, daughters, and nieces.

Before I show you how to make this cool Wonder Woman jewelry, let’s talk about the movie! My friend Dania Zarate was kind enough to review it for us! Here is the trailer:

That’s what came to mind in a scene from Wonder Woman. I bet when you watch the movie you’ll agree. As with many superhero films, you’ll see triple layers of action topped with sprinkles of comedy and a dash of romance, but Wonder Woman offers something above and beyond all the others:

Actress Gal Gadot did a fantastic job portraying the beloved character. She had big boots to fill and she succeeded. Here’s how the story goes on the big screen: Before she dons the golden cuffs, Wonder Woman starts out as Princess Diana of the Amazons. Raised to fight and strategize like a warrior, she meets the dashing American (Chris Pine). By now she is already well-versed in badassery. He tells her about the drama going down in his homeland and she decides to leave her life behind to join him in the fight to bring justice to all.

Sure she is a demigod. Sure she has superhuman strength and speed. Sure she has bad ass accessories like the lasso of truth (which I would give my pinky finger for), indestructible bracelets, a boomerang tiara (TIARA!) and a sword and shield! But those take a back seat compared to her compassion and love for mankind. She genuinely aims to help others. Just the fact that she waved goodbye to her lush Amazonian home to help a world she didn’t even know existed. That to me is a strong willed woman. That makes Wonder Woman live up to her name, even though she is never called that in the movie.

All those so-called female “weaknesses” that have been assigned to our gender are flipped. These are attributes shown from a higher perspective and are what make Princess Diana strong. Well, aside from her cute outfit and immaculate hair, of course!

Princess Diana fights a war she knows nothing about, in a world where a woman is only able to speak unless spoken to. She fights amongst men hoping to end a war but soon finds out that it is not just one war that needs to be stopped. It’s much deeper than that.

She discovers it’s ‘man’ whose free will has led them to destruction. At one point she is ready to write off the whole gig, but eventually comes around when she sees the good in people and decides to help them anyway.

High five if you can relate.

One thing to know: Just because there is a female lead does not mean this is a “girly” movie. It’s full of excitement, thrills, and jump-in-your-seat moments. And yes, it’s great for the whole familia. 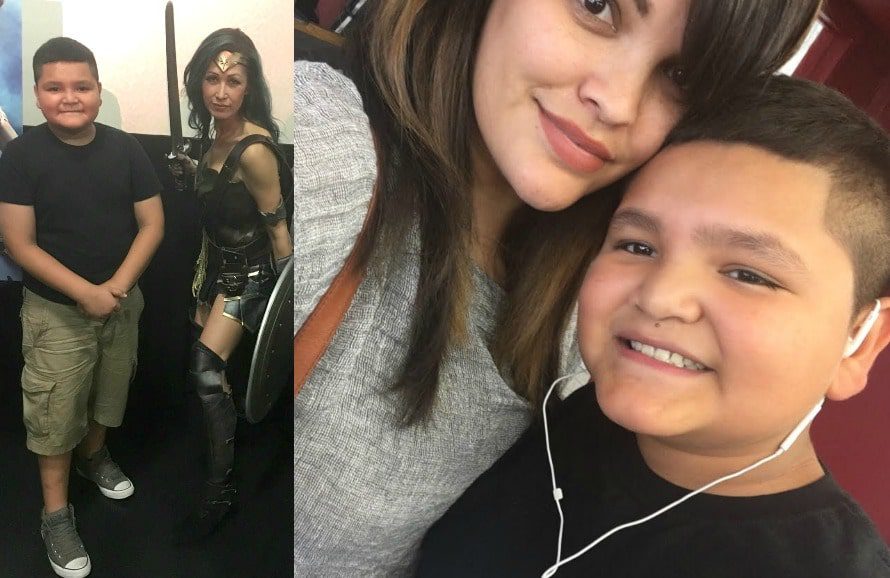 My son (age 10) who I honestly didn’t think was going to like this film, gave it two ecstatic thumbs up! The only reason I didn’t think he would like it was because of the female superhero angle, but he said: “Mom, there should be more woman superheroes. They are better to look at and can fight just like men!”

I told him, “They fight like women! Amazonian bad ass women!”

But you get what he means.

I walked out of the theater with my head held a bit higher than usual. Empower your children and empower yourself. I know it’s a bit cliche, but this movie will honestly leave you feeling like you can conquer the world. Or at least your life.

All of us woman have a little bit of Wonder Woman in us, I truly believe that.

Here’s something funny – My mom bought me a banner that goes with this meme. Ha! It’s pretty accurate at times. Nonetheless, I am a wonder of a woman! And so are you! 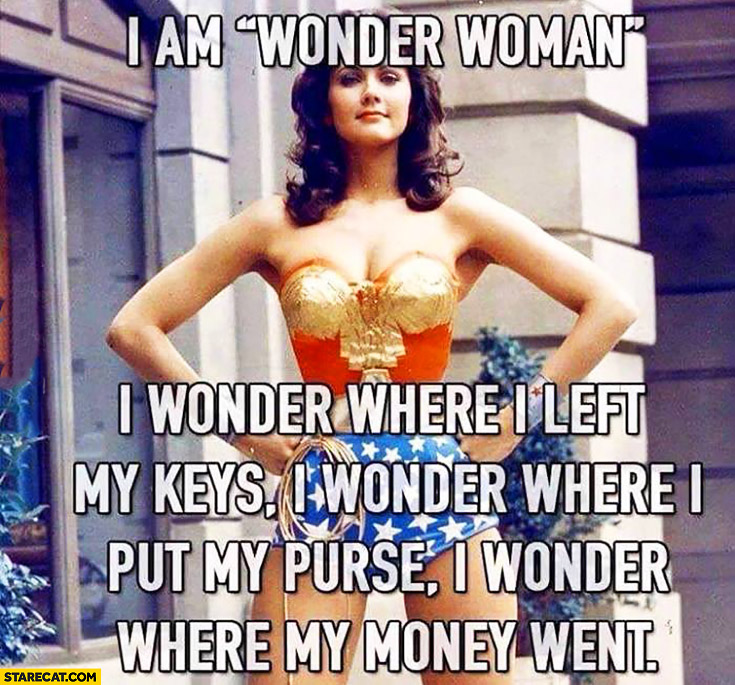 How to Make Wonder Woman Jewelry 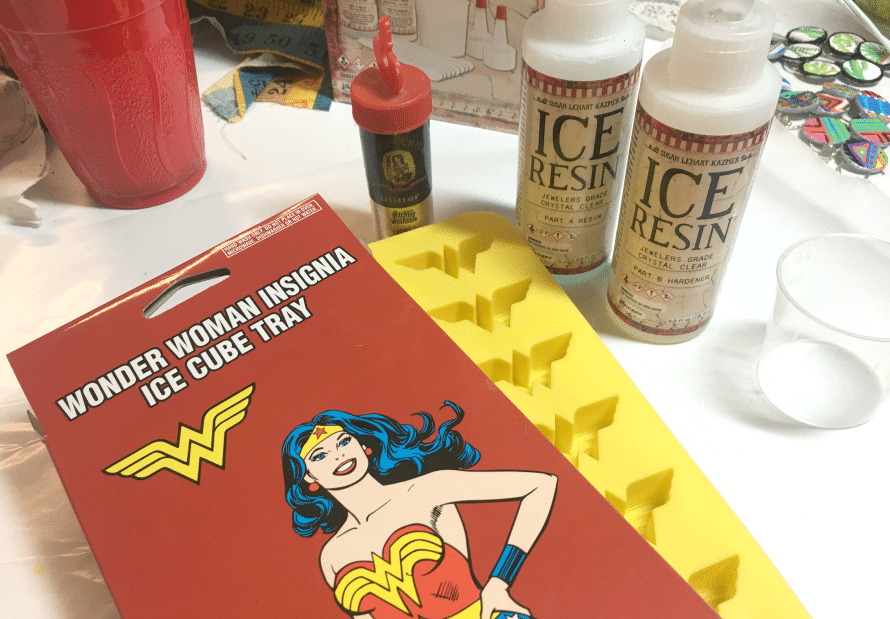 2 part resin (this is the kit I buy and use, it’s by Ice Resin and comes with everything you need) 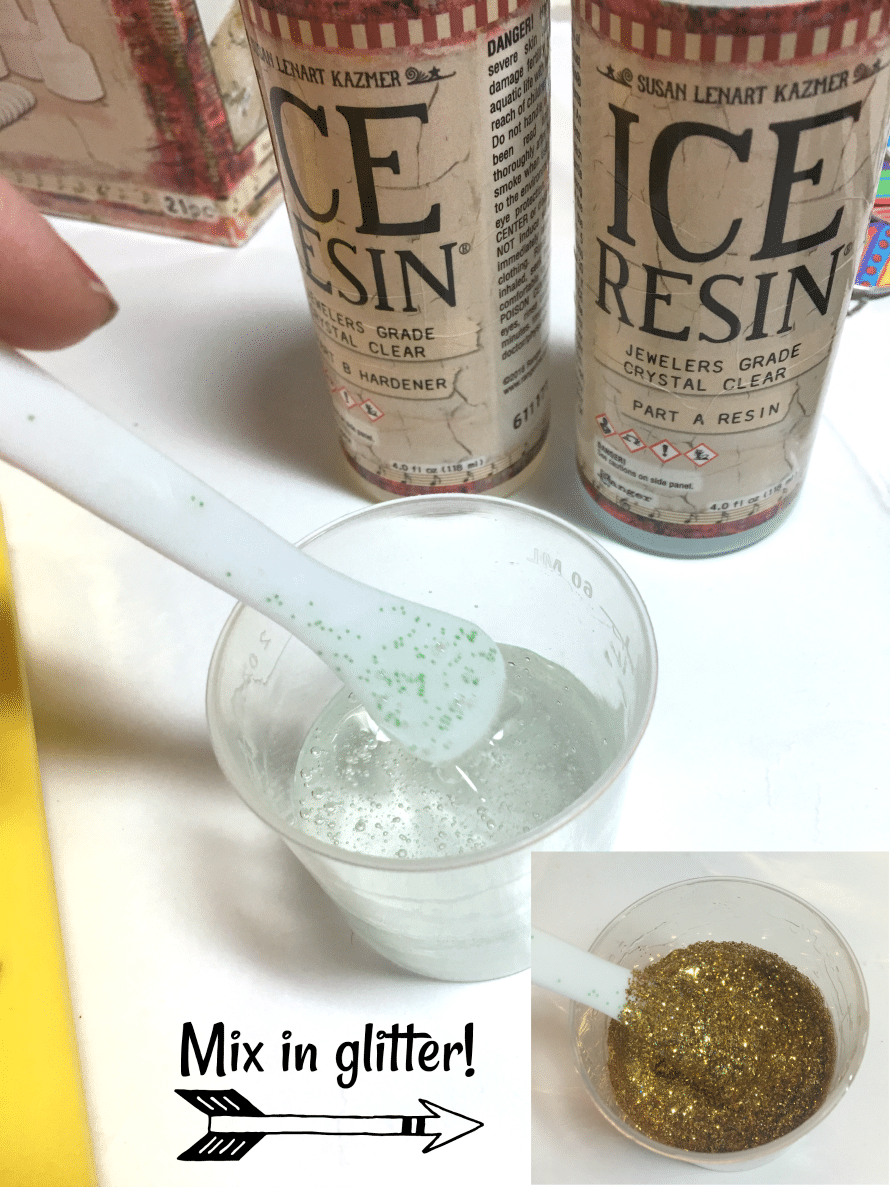 Line your work area with wax paper. Mix the resin according to package directions and add in the gold glitter. Fill the molds with just a thin layer of resin. You don’t want them too thick because you won’t be able to fit a jump ring through! Let cure overnight. 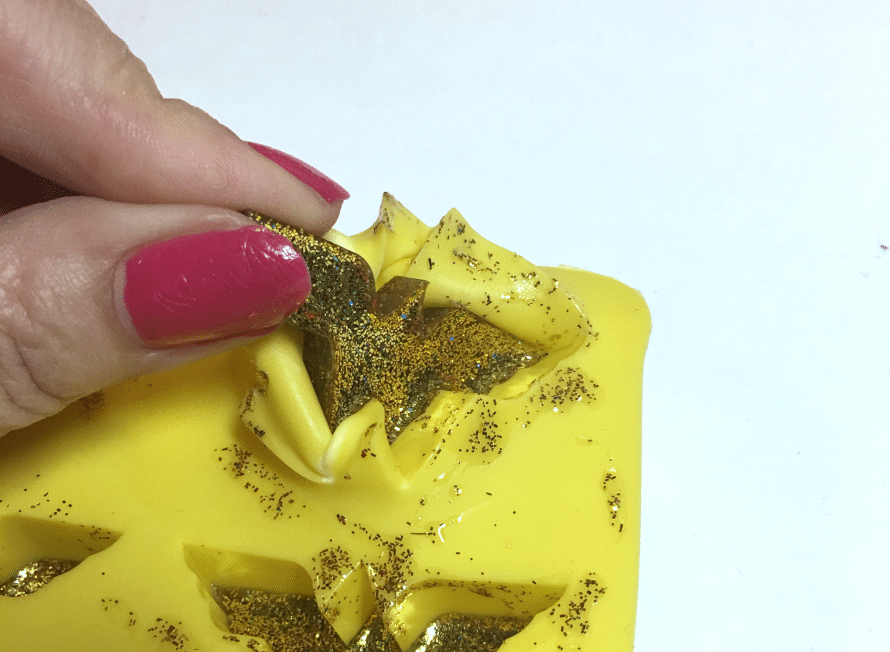 Remove the pieces, and trim and sand the backs so they are nice and smooth. Then use spray gloss varnish (outside!) to make them bright and glossy! 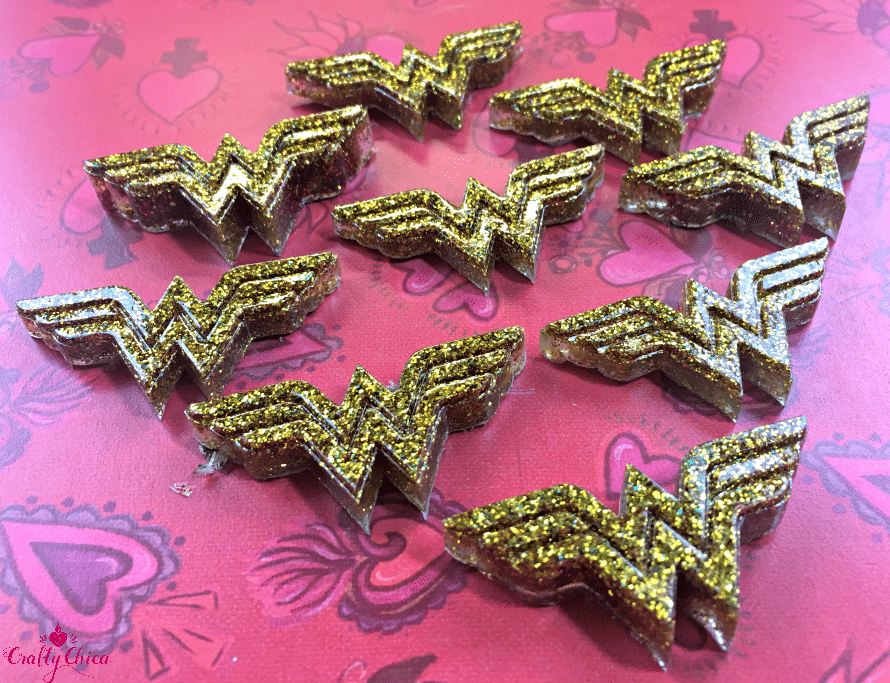 They came out beautiful! Use a Dremel with a skinny bit to carefully make a hole at the top on each side and add your jump ring and chain.

Or you can use ribbon. And they make nice rings too! 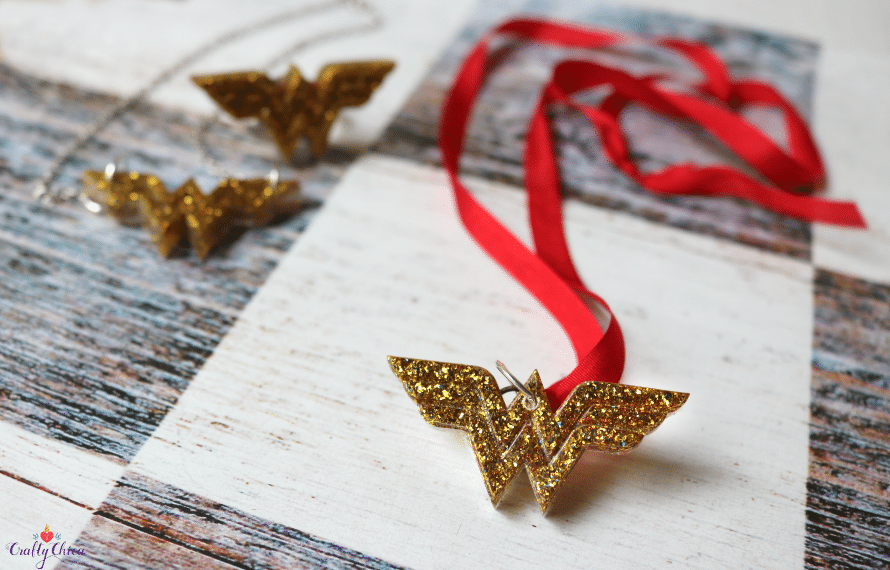 Thanks for checking out my project and Dania’s move review! Let me know if you saw the movie and what you thought!

If you want more resin ideas, I have plenty! You can find them all here.