“Are they good or are they bad?”

That question will pop in your mind from the moment you first see the characters Winston Deavor and his sister Evelyn in Incredibles 2. Bob Odenkirk and Catherine Keener voice the roles of the mysterious siblings who take quite an interest superheroes.

That’s a sign of success – when the viewer can’t pick up on the character’s intention. Keener and Odenkirk keep us guessing right up to the end of the story. Now imagine meeting these actors face-to-face! That was the situation when I was one of 25 bloggers Disney chose to attend the Incredibles 2 press junket. 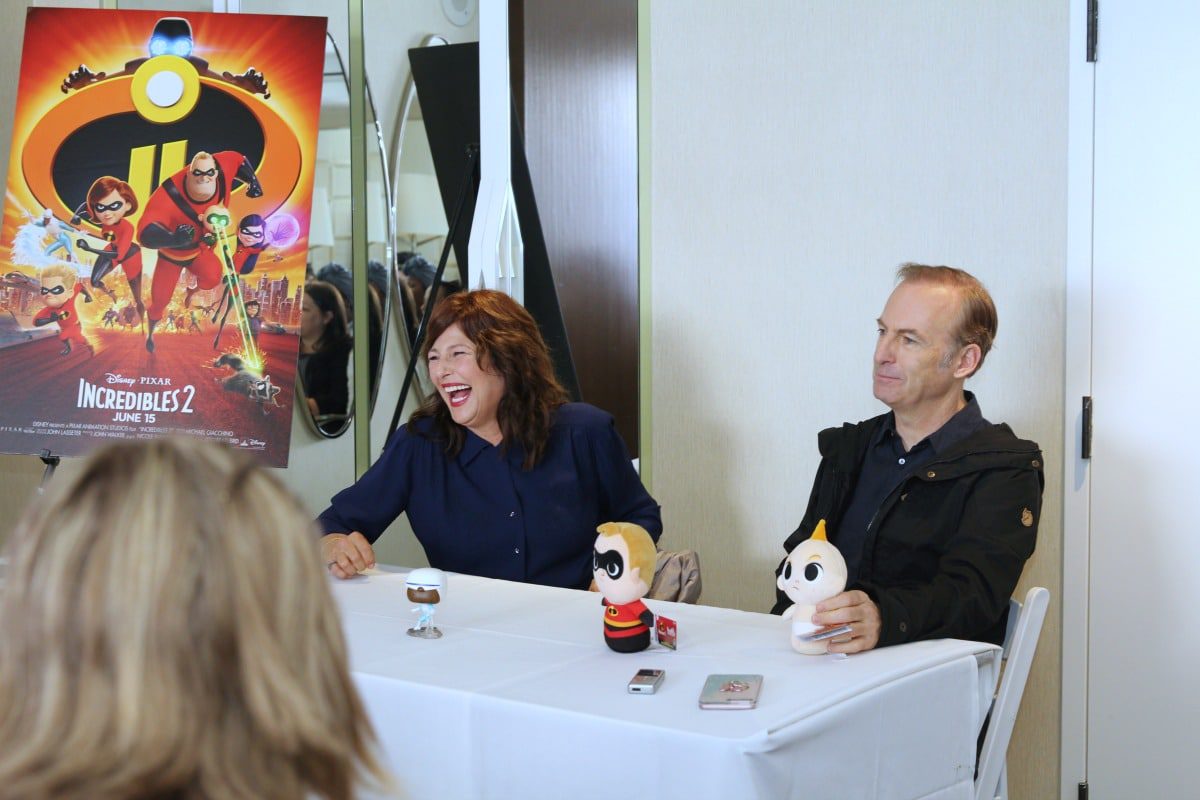 I’ve always been a fan of Catherine Keener, she is an indie movie goddess!  And she lives to up the radiance she projects on screen. I loved how her face beamed as she entered the hotel suite, delighted to chat with a room full of women. 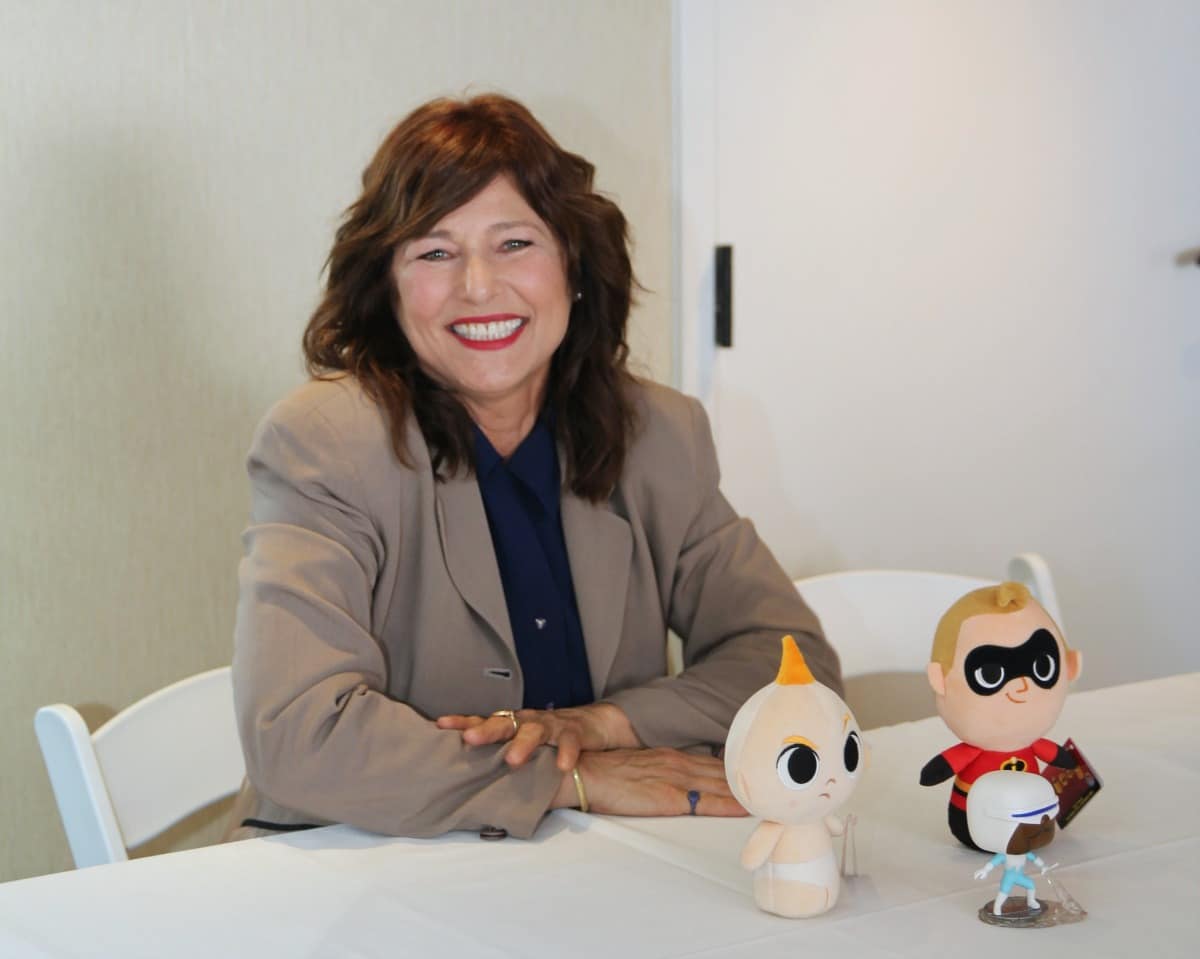 Both actors divulged a lot of backstory on the process of recording their parts. Little do we know the real drama takes place behind the scenes. Catherine admitted she spent so many hours recording her scenes, she lost track of what made sense and what didn’t.

Luckily she and Bob had writer and director Brad Bird at their side.

“It was like one run-on tape for hours,” Catherine chuckles. “I would start and I’d be, oh, wait, wait… and Brad was like, ‘That was good! What are you doing?’ Sometimes you feel honestly, okay, I was in the pocket there. I’m gonna walk away.”

“You have to trust Brad, she explains. “Because he’s putting that movie together, obviously, up at Pixar. You’re not really seeing that. He knows the tone of it all and the other characters, and it’s changing over time. So, you could feel it changing in the script, the tone, a little bit, but you don’t know really know where or how. And you never have the whole script. But you really just gotta — you’re guessing at what might work. So, you give him what he wants, get that first – and then maybe say what if I tried this and that.”

Bob says his portion took almost a year-and-a-half to record, and he enjoyed how his character, millionaire businessman Winston Deaver, evolved.

“I felt like he kinda changed tonally between the first and second and second and third a lot,” he says. “He was more like Saul and that when he started, if you know that character I do on Better Call Saul. And then he became more innocent and genuine, which I love.”

Even so, he and Catherine must have felt at least a wee bit of superhero envy, since their characters have no powers, right? 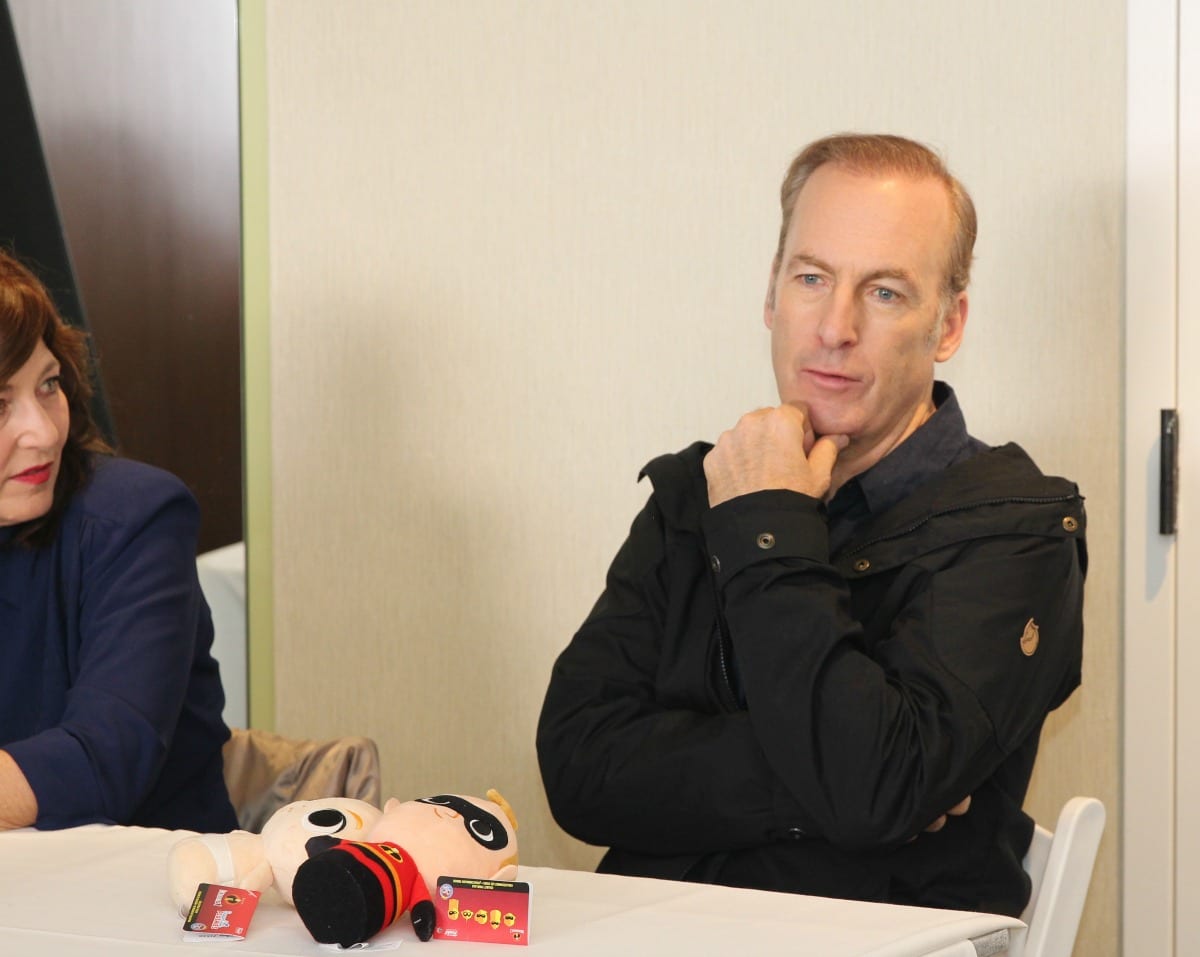 So we asked how they would change that. Out of all the superpowers in the world – what would they choose?

“I would like to be able to eat whatever I want and not gain weight,” Bob says, smiling bright and patting his flat belly. “It’s an obsession. It’s a part of my life too much, and that’s what I wish I could have.”

Catherine nods and takes her turn.

“Teleportation,” she announces. “One direction though.”

Bob speaks up to give context.

“Like, she’ll still go to the airport, wait in line… but then going home is always – he claps –  like that!

I’m not sure if those powers will qualify them to join the Incredibles family, but at least they’ll be fed and comfy. Which is a pretty incredible way to live too!

Saucy siblings: An Incredibles 2 chat with Dash and Violet