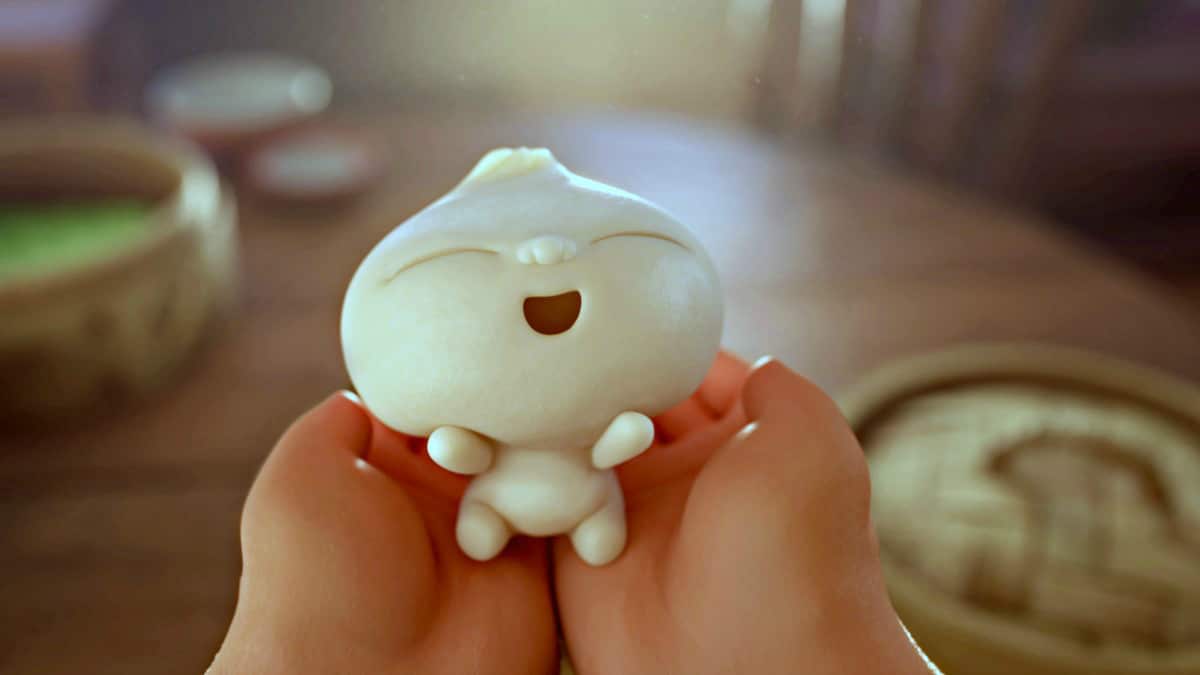 You never know what an internship will bring. For Domee Shi, it led to her animated short, titled Bao, to be played in front of Incredibles 2 in movie theaters all over the country! Here’s the story of how it all came to be! 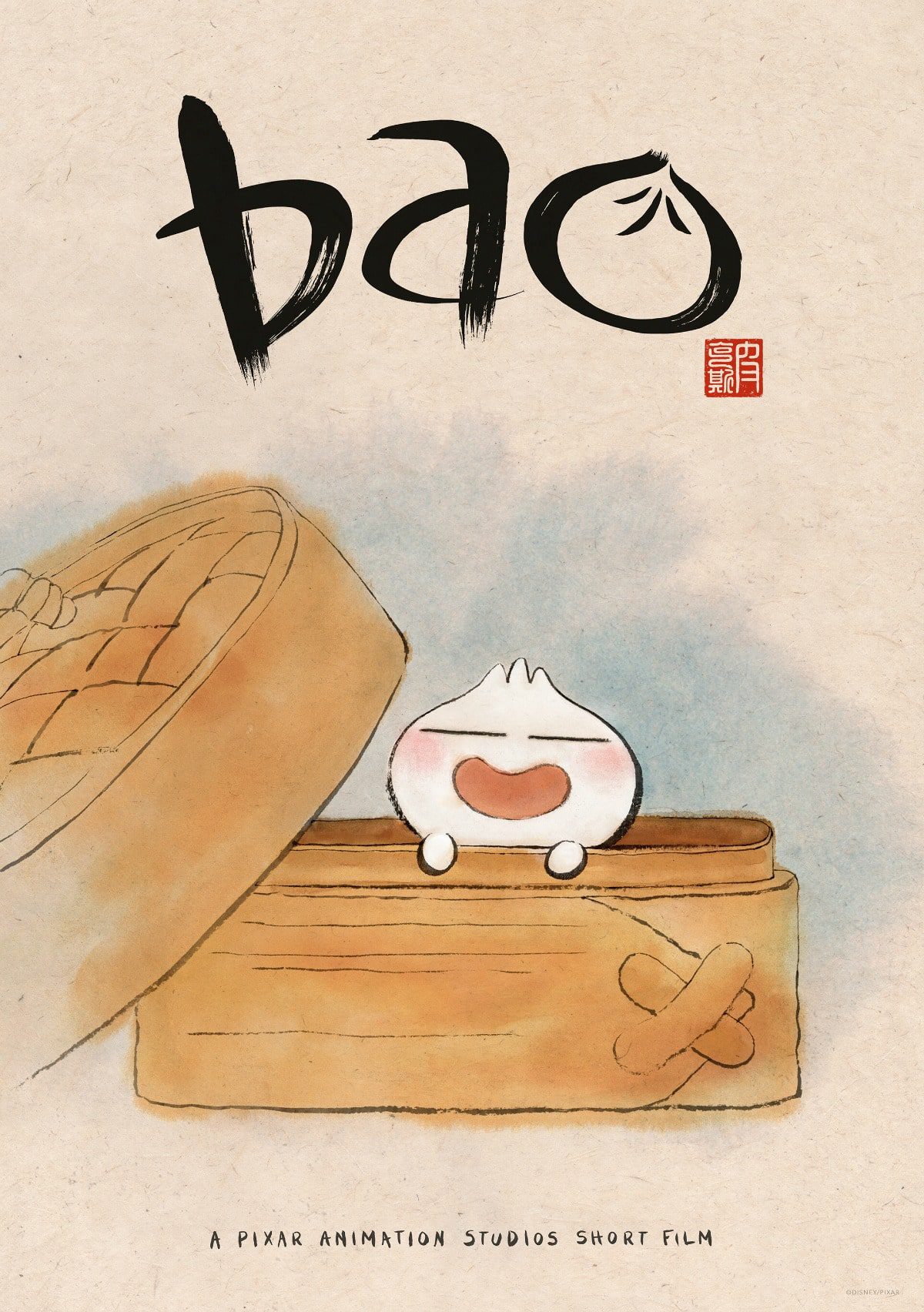 I recently attended the Incredibles 2 junket along with 24 other bloggers and we sat down with the Domee Shi and Becky Neiman, the writer/director and producer of Bao. Having just seen the short the night before – and absolutely loving it, we were all excited to find out more about the project.

There are so many topics to unpack – Family, motherhood, parenting, loneliness, growing up, aging, and most of all – love. And it’s all presented in a touching tone. The back story is just as delightful as the film!

Domee began her career as a storyboard intern at Pixar Studios in 2011. After being hired, she worked on films such as The Good Dinosaur and Inside Out – and even Incredibles 2.

One day she answered an open call for ideas at Pixar and after much effort and patience, Bao was given the green light. But it was only in the past year that the team learned it would serve as the visual appetizer to Incredibles 2.

Domee and Becky couldn’t be happier. Becky told us how they chose the title, Bao. The Chinese word has two meanings – one is a steamed bun. And the other is a precious treasure.

It’s a perfect combo for a heartfelt Pixar short!

The story is about a lonely Chinese mom who lovingly crafts a batch of dumplings, and is delighted when one of them springs to life. She adopts him and carves a space out of her life for the little guy to join her on daily adventures. She protects him with every ounce of her being.

Without dropping any spoilers, just know the story is about the neverending job parenting and all the passion and pain that comes with it.

“My whole intention with this short is just to like tell this story that might be familiar with a lot of people around the world between like a parent learning to let go of their child,” Domee says. “But that’s almost like a Trojan horse to kinda introduce the world to these different little like specific cultural details that I grew up with that I think are super cool. Like making dumplings. And like what a Chinese household looks like. Or just like what a typical day in this Chinese mom’s life is like shopping for groceries.”

I wish I could put you back in my stomach

Domee says the idea came to her around 2014 while doodling an image of a mom nuzzling a Chinese dumpling. She jokes that hunger pains likely served as the initial inspiration, but she loved the idea so much, she expanded it.

“But I really wanted to…do a modern take on a classic fairytale like The Little Gingerbread Man but with a Chinese dumpling,” she says. “I had to draw it out, and as I was drawing I started developing this story. I was also drawing a lot of inspiration from my own life growing up. (Her mom) would always, like, hold me close and be like, ‘Oh, I wish I could put you back in my stomach. And I’m like, oh, Mom, that’s sweet but creepy. ”

Like so many of us, Domee says she grew up under her mom’s protective eye. In fact, her mom even accompanied her to the press junket! As Domee answers all our questions from a Beverly Hills hotel suite, her mom stands against the door frame and smiles brightly. It’s pretty obvious she is proud of her little dumpling.

Domee didn’t only draw inspiration from her mom, she hired her.

“She has a creative consultant credit actually,” she says. “We brought her in twice to do dumpling-making classes for the whole thing. It was really important for us to get all of those little details right and to get the animators and effects artists like in there like studying my mom technique of like how she folds the dumpling exactly and kneads the dough and just like, you know, poking the dough and smelling the pork filling. It was important to get those details right, like just to get them as accurate as possible on the big screen.”

BONUS: Here is an exclusive dumpling tutorial for you, thanks to Bao!

Aside from having her work seen by millions of people, there’s another milestone to celebrate. Domee is the first female to direct a Pixar short. She says the never quite occurred to her because she and her team were hyper-focused to finish the film. But once the dust settled, she felt proud to be a trailblazer. Producer Becky Neiman chimes in that the almost the entire team has an X chromosome – the editor, production designer, sound editor, production manager, and technical manager.

“For us, the main character was the mom character,” Domee says. “We tried to tell the whole story from her point-of-view. And we tried to get the audience to like be filling what she’s filling on screen and to never like feel like, you know – like they were ever ahead of her or behind her like emotionally.”