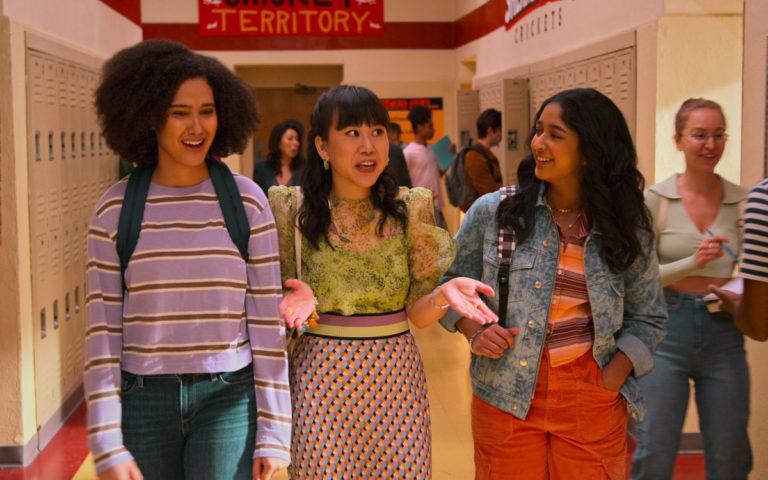 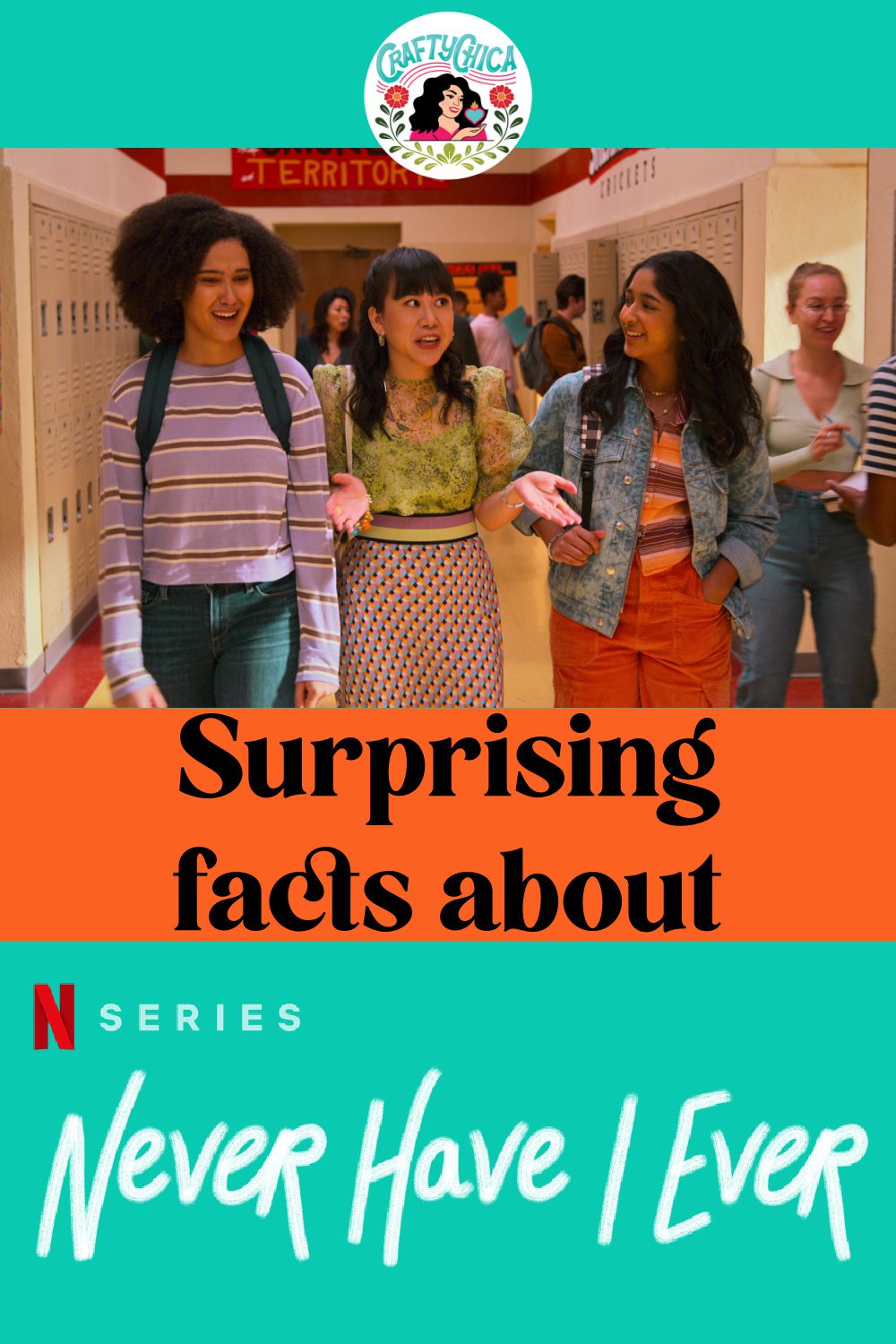 Here are three surprising facts about Never Have I Ever season 3!

Devi, Eleanor, and Fabiola return to Netflix this Friday, August 12th. Check out the trailer below.

Co-created by Mindy Kaling and Lang, Never Have I Ever is a coming-of-age series loosely based on Kaling’s upbringing. The series centers around Devi, a creative but insecure teen who does her best to navigate the death of her father within her family life, a confusing love life (this is high school, after all), and always fighting between following her heart or her head.

The show is beloved by fans of all ages because it organically, authentically, and entertainingly incorporates diversity in culture, gender roles, and general societal expectations.  Devi is often messy due to her overthinking every situation, but her intentions are solid.

Most of the time…

She’s backed up by her two besties, Eleanor, an extroverted theater kid, and Fabiola, a science nerd.

When we left off from Season 2, it seemed Devi was headed into love triangle territory once again. You’ll have to tune in to Season 3 to see what happens! 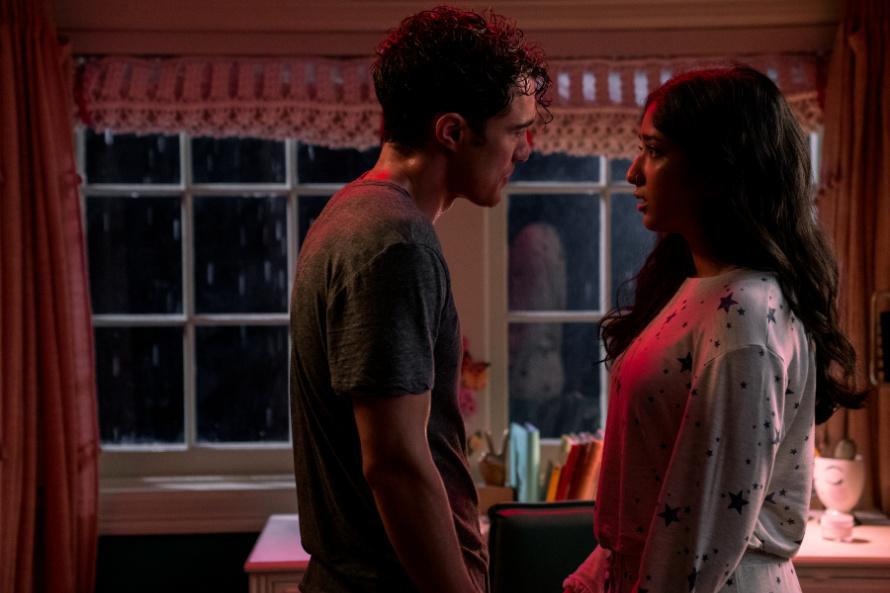 Lee Rodriguez, 22 (Fabiola), and Ramona Young, 24 (Eleanor), visited Phoenix on the press tour and I had a sit-down about the show. 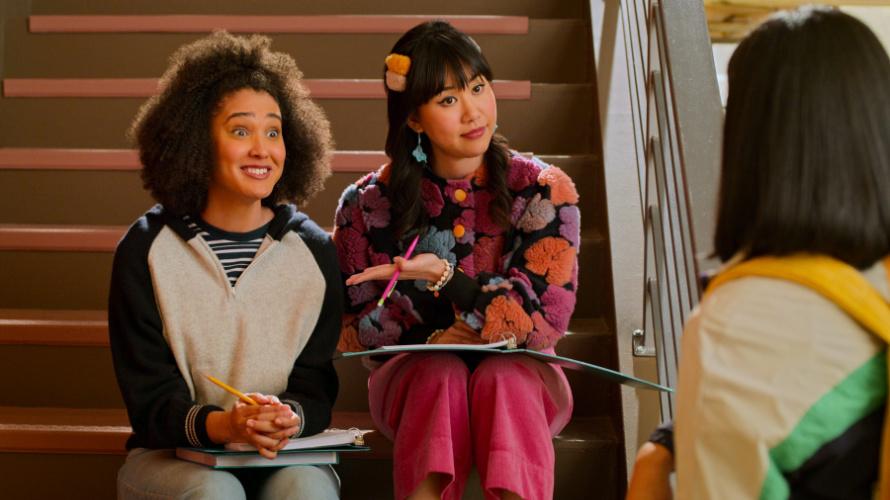 Here are some surprising facts about Never Have I Ever, season 3 –  I learned after interviewing Ramona and Lee!

Eleanor is known for her texture-friendly fashion that includes fur, yarn, jumbo rhinestones and everything in between. And in Never Have I Ever Season 3, even more so! As wild as each outfit is, Eleanor pulls off the looks effortlessly. However, behind the scenes, a lot of work goes into each and every look.

“I’m very gung-ho about it,” says Ramona about Eleanor’s style. “Glinda (Suarez) is our costume designer. She takes me in for a meeting, takes me in a room and it’s wall to wall full of clothes.”

She says she spends a couple of hours mixing and matching separates, dresses, jewelry, shoes, headbands, all of it. Each outfit is meticulously crafted to fit each scene.

“(Glinda) is a genius and does all the work,” Ramona says. She’ll say, ‘ This scene you’ll be standing up and walking, so let’s put extra special shoes on.”

Ramona says her favorite outfits are in episode one, at the first day of school, and even more, the ensemble in episode nine.

Lee Rodriguez landed the role after one self-tape audition.

“Usually you never hear back from a self-tape (pre-recorded video audition),” she says. “And back then self-tapes were not as popular as they are now. I just did one self-tape and they called the next week and were like, ‘Sooo do you want the role?”

She giggles at the memory and says she quickly replied with approval. Adding to the experience, Lee says she was shopping at Target when the call came through. “I’m always at Target,” she laughs.

Ramona watches the show with her mom…well, kind of

After talking about the intergenerational aspect of the show, Ramona shared a cute anecdote:

“My mom loves the show, but… she won’t admit it to me!” she laughs. “We watch it separately. And  we don’t tell each other we’ve seen it. It’s awkward!”

Lee chimes in – “My parents love the show. So do my grandparents. Maybe it’s because I’m in it.”

Fabiola is known for her gorgeous curly locks and Lee shared her secret to keeping them looking perfect.

“I’ve used every product out there,” she says. “But I love I putting eggs in my hair, it always strengthens my curls. And avocados make it really soft. Mayo is really good too!”

It was such a delight to interview Lee and Ramona. Their enthusiasm and pride for the show felt infectious. They love their characters’ growth from the past two seasons. Lee says she imagines them as long time friends. Both are excited to see Devi find her path between this season and the fourth, which will be the last.

“I want her to heal from the loss of her father,” Ramona says. “It was such a huge pain and a traumatizing event. Also I want for her to achieve anything she wants for the future. And I want her to have the best sex life ever!”

“All of them!” Lee adds joyfully.

Never Have I Ever Season 3: Manifesting!

Because this interview took place on August 8th, known as the Lion’s Gate Portal – known as the day to speak your dreams and wishes out loud, I asked what they each wanted to manifest in their lives.

“I want to manifest doing things and making things that make me feel alive,” Ramona says.

Lee watches as Ramona finishes with an affirming head nod. Then Lee takes her turn by closing her eyes and holding her thumbs and index fingers together, as if she is about to meditate.

We watch in anticipation.

“I manifest that I can continue to work as an actress and pursue music and it will all be successful and make me happy… and continue to create with Ramona!”

She opens her eyes and smiles at her friend/co-star.

Ramona sighs heartfully and glances back.

“I want to manifest that too.”

Never Have I Ever Season 3, only on Netflix: https://www.netflix.com/NeverHaveIEver