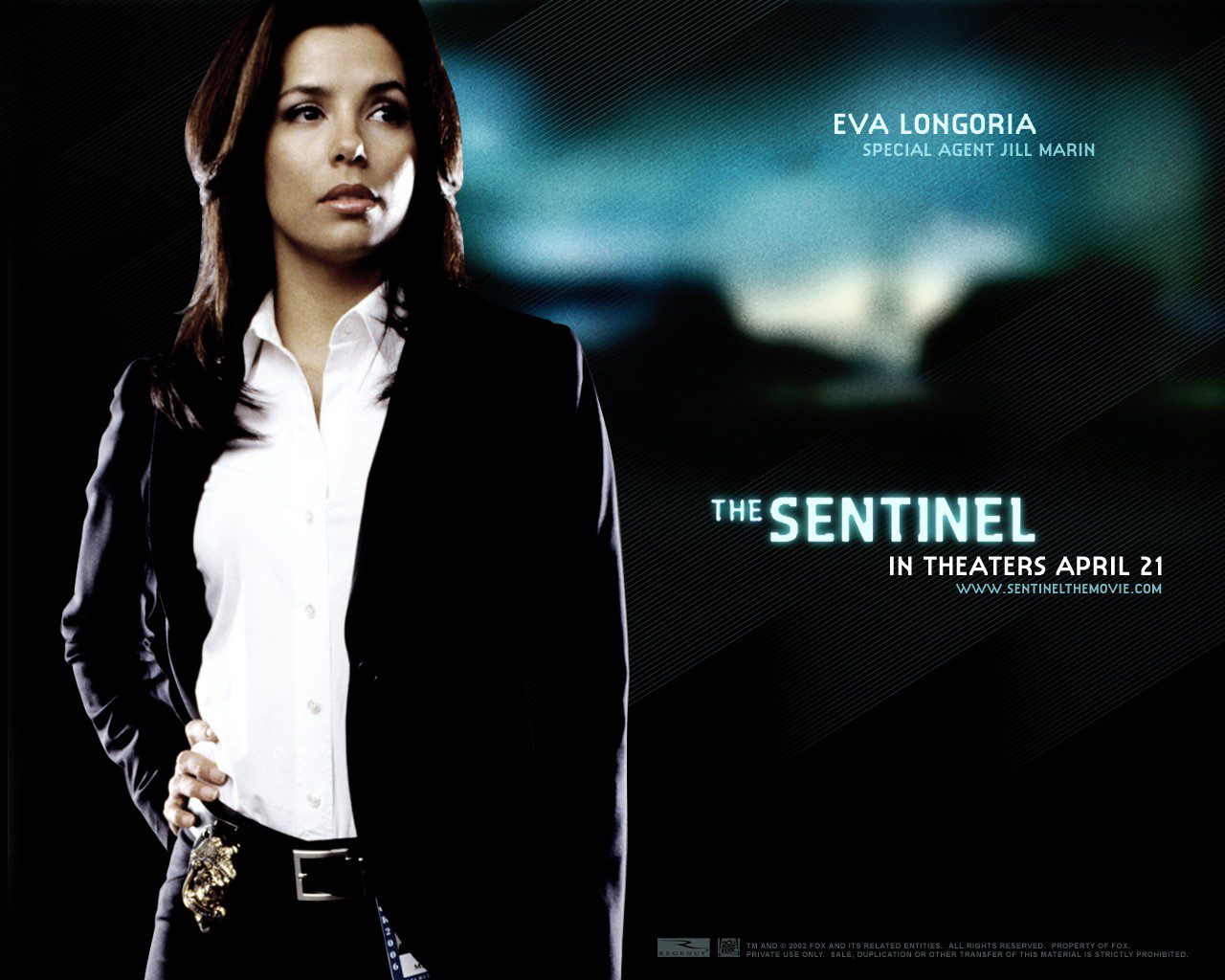 After years of working on daytime soaps, Eva Longoria caught a break with the success of Desperate Housewives in 2004. The top-rated TV series not only made the 31-year-old Texan a household name and red-carpet regular, its success sent a multitude of movie scripts her way.

“I wanted to pick something that furthered me from my character of Gabrielle on Desperate Housewives,” she says in a call from the Four Seasons Hotel in Beverly Hills. “I wanted to stretch my wings as an actress, and so the audience could see me as someone else — before they could only see me as Gabrielle.”

All it took for Longoria to make a decision was a phone call from Michael Douglas, who was producing and starring in The Sentinel, a political thriller that opens today. He asked her to take the role of sharp, pistol-packing Secret Service agent Jill Marin. She calls the decision a no-brainer and laughs when she thinks about Wisteria Lane vs. the agency’s Washington, D.C., headquarters.

“It was like going from a set of estrogen, and then going to a set of testosterone,” she says. “At Desperate Housewives, we are very lovey-dovey, superemotional and sweet. We bring all kinds of things to work, like dirty jokes and late nights.”

Her macho co-stars assumed she would bring those girlie attributes to the set of The Sentinel.

Douglas says she put holes in that assumption.

“The biggest surprise was we found out Eva is one incredible shot,” Douglas, 61, says of their training for the picture. “We used live ammo, and let me tell you, the girl can shoot a gun.”

As the cast newbie, Longoria says, it was empowering to prove herself.

“It was such a great feeling,” she says. “I come from a ranch in Texas. My dad trained us with guns really early in life. We’d shoot beer cans, coffee cans and basically anything that exploded and made noise. And then I did a show before Desperate Housewives called Dragnet and that required extensive SWAT training. So I was set when it came to this movie.”

Handling a handgun is just one entry on her trivia list. She holds a bachelor of science degree in kinesiology (the study of anatomy), is a spokeswoman for L’Oreal cosmetics and landed her first TV gig on Beverly Hills 90210. Her ultimate goal is to portray Dolores Huerta.

“She is the last living Latina civil-rights icon and worked with the late Cesar Chavez,” she says. “She is an amazing woman, and her life story needs to be told. I would love to make a movie about her life.”

Until then, Longoria keeps busy with her high-profile career and the media blitz that surrounds it. Her photos emblaze calendars, tabloids and blogs with topics ranging from fashion critiques to her romance with Tony Parker of the NBA’s San Antonio Spurs. The gossip is mostly favorable, but not always. Regardless, it doesn’t unnerve her.

“This is my take on fame,” she says. “If you know your own identity and are confident in who you are before fame happens, you’ll be fine. It’s trouble when you don’t know who you are, and fame happens and you’re constantly struggling to find yourself. You never will, because it’s all about everyone else telling you what you are. I learned early on to be confident in myself so I wouldn’t get lost in it.”

The Young and the Restless (2001-03): She played Isabella Brana, a conniving vixen who attempted to break up a happy marriage. When she failed, she plotted revenge that involved a staged murder, a butcher knife and a bathtub. Again, her plan flopped and she was committed to a mental institution.

Dragnet (2003): Short-lived series in which she played detective Gloria Duran and co-starred with Ed O’Neill and Ethan Embry. It was a good thing the show was canceled, because it left her free for …

Desperate Housewives (2004-present): Her character, Gabrielle Solis, is a former model turned spoiled, unfaithful trophy wife. The highlights of this season: She incited a prison riot, blackmailed her lawyer, fell down a set of stairs and miscarried.

I’m thinking, “You’re starving and you are eating pineapple?” When I’m starving, I eat… oh, you don’t want to know. Perhaps that’s why she is in the bikini and I’m not. Anyway – she didn’t give me any goofy quotes like she did for other interviews. I was happy about that. She was a smart and funny chica and talked about growing up on a ranch, Dolores Huerta and how she deals with fame. It’s all in the story below.

Sometimes I’m not able to fit in all the quotes from an interview, so here is what was left out. I asked Eva about being on Oprah and if her parents still like the way Nate decorated their house. She said they loved it, but that “all the expensive Mexican pottery got moved to the back patio” because Eva’s mom thought it cluttered the kitchen while she was cooking. I thought that was cute! Her family seems very down to Earth too!