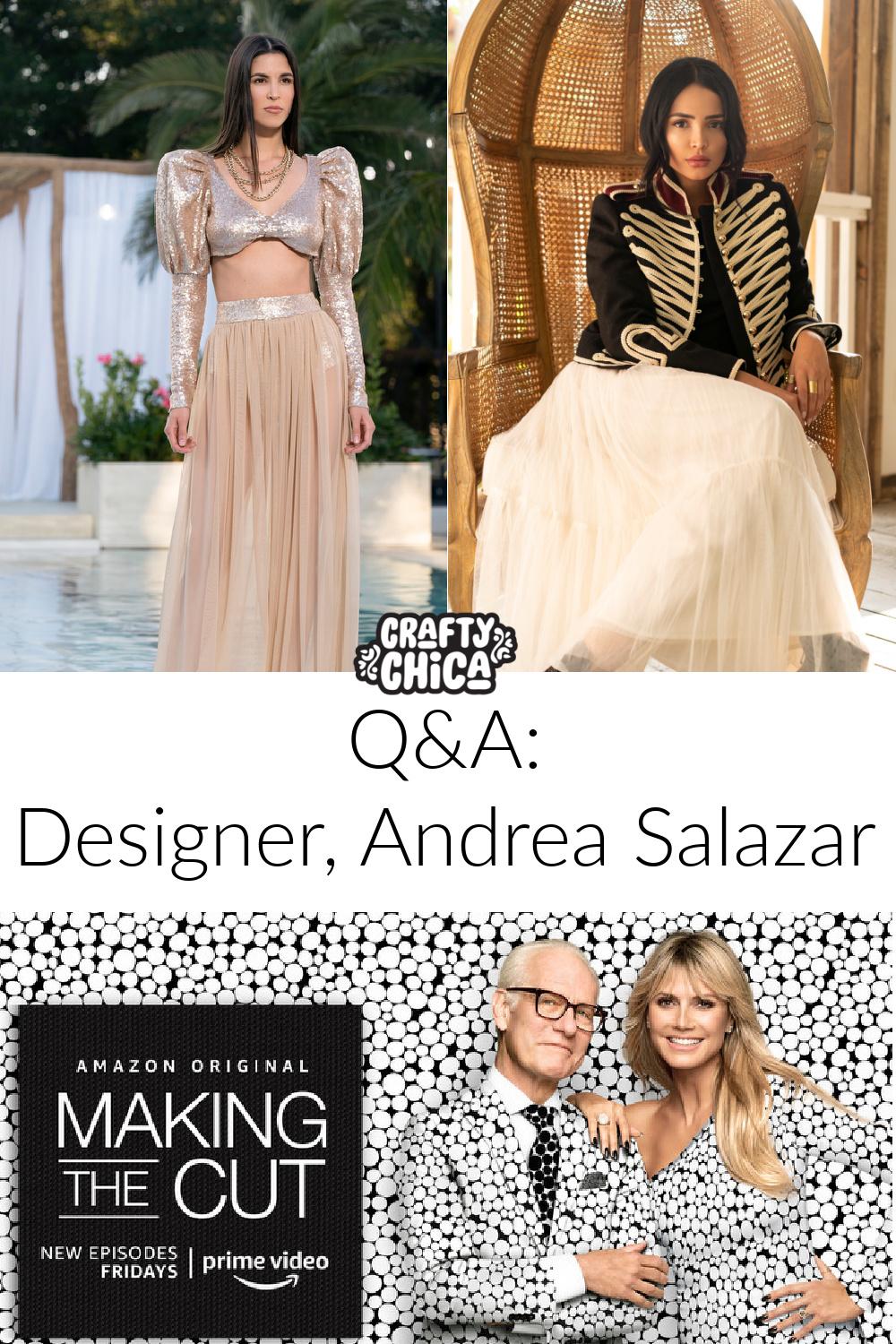 Have you tuned into Making the Cut Season 2 yet? Heidi and Tim at at it again with a new round of wannabe fashion designers and if you loved the first season, you’ll love this one. I really like the angle of MTYC to find the next big fashion brand, as opposed to the next big fashion designer. They recognize that it takes more than talent for a business to be successful – you have to have that synchronicity between vision and strategy.

The designers not only have to serve up a fresh look for each challenge, but also make sure it relays their personality and brand. Communication is also a big factor. Each challenge requires the contestants to pack up their fabric, patterns and directions for late night magical seamstresses to stitch their work. If the designer doesn’t communicate effectively, they’ll end up with nada the next moring. That’s where the drama gets juicy!

Amazon Prime video invited me to interview one of the designers, Andrea Salazar.

She is founder of the world-renowned brand, SETA. Born and raised in Colombia, Andrea moved to England at 17, where she studied the English. She developed her passion for fashion there. She then moved to Brazil, where she graduated with a Master’s Degree in International Business. At 22, she moved back to Colombia, where she founded the fashion brand SETA with her sister Eliana. Later, Andrea moved to Miami to expand her booming business.

SETA is now an international brand that has participated in New York and Paris Fashion Weeks and has been featured in Vogue, Elle Magazine and The Today Show.

Andrea is known for creating statement pieces, inspired by the inner power every woman has, and the uniqueness, versatility and sophistication of her style is what makes her one of the most influential designers in Latin America.

Here is the interview:

This video interview took place before the season aired, so I didn’t have a lot of specific questions, but she was kind enough to share her point-of-view with me.

After watching three episodes so far, I can tell she has what it takes to win. Her vibe is 1930’s glam, complete with stylized sparkles in all the right places. 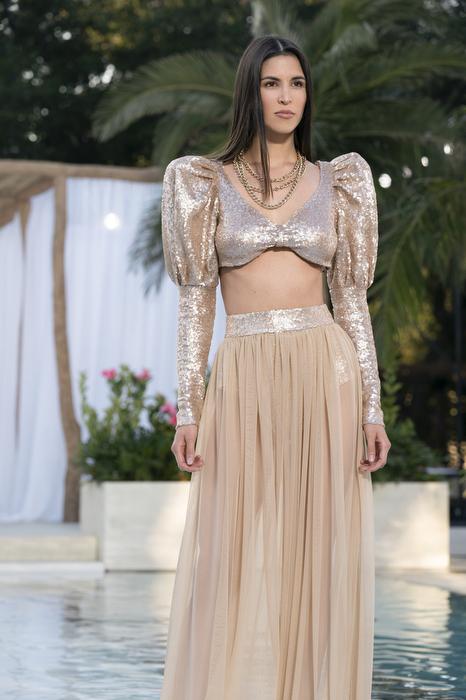 I asked how she was even able to go to sleep each night after dealing with all the pressure of the Making the Cut competition.

She explained it was all about staying focused and staying positive.

Of course I ask to inquire about her crafty skills and she happily replied with an extensive answer about hacking vintage jackets and restyling them. I would love to see them! In the meantime, check out her Instagram!

Filmed in Los Angeles, season two showcases 10 designers from five different countries. They compete in assignments that challenge not only their design skills but also their ability to run all facets of a fashion brand. Throughout the competition, designers who do not “make the cut” will be eliminated. The winner scores $1 million to invest in their business, the opportunity to sell a collection in Amazon Fashion’s store, and a mentorship with Amazon Fashion.

Limited editions of the winning look from each episode will be available for purchase immediately following each episode exclusively in Amazon Fashion’s Making the Cut store. After most winning looks from Season One sold out in under two days, Season Two will offer increased availability of winning looks.

Make sure to shop early so you can watch and wear the pieces!

I’m impressed they have these clothes in sizes up to 3x!

Here is a link to the MTC Amazon Shop.

Thanks for reading my post about Making the Cut. Have you been watching? Who is your favorite designer so far? I have to admit, I’m loving the other Andrea too, but I have a feeling Gary is going to go far as well.. So much inspiration, I love this series so much!