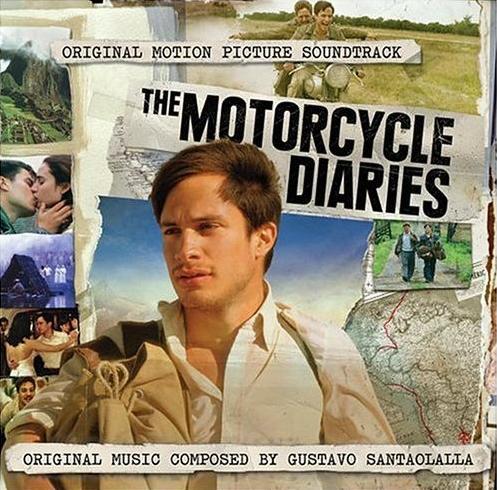 Resume: Bernal has been acting in Mexican films and television series since he was a child. He is most known for the critically acclaimed films Amores perros, Y tu mama tambien and El Crimen del padre Amaro.

What he is hyping: The Motorcycle Diaries (opens Friday). He plays Ernesto “Che” Guevara de la Serna at age 23. The film is based on memoirs of the Marxist revolutionary when he was a medical student on a road trip through South America with close friend Alberto Granado. They end up in Venezuela to complete a residency at a leper colony. The journey changes their lives forever.

Did you know: The actor who plays Granado (Rodrigo de la Serna), is a distant relative of Guevara, who was killed in 1967. And this is the second time Bernal has portrayed Guevara; the first was in the 2002 Brazilian miniseries Fidel. Bernal is in the upcoming Pedro Almodovar feature La mala educacion (Bad Education) in which he plays a transvestite.

QUESTION: This story is about how one journey changed revolutionary “Che” Guevara’s life. It must have done the same for you.

ANSWER: Yes, it was a journey for me. It’s hard to actually talk about it clearly, about how specific the changes were. In general, it revolutionized my thought process and my platform of action. I feel like I know that my house is bigger than I thought, and my intentions for life are clearer. I can do things to make changes, and that is exactly what I want to do.

Q: When did you first learn about Che?

A: Living in Mexico, you learn about this kind of stuff pretty soon in life. That’s because it is such an influential part of Latin America. You learn about it at school, so it is always a very strong presence in your life. Therefore it was very a big experience for me to take this part in this movie. It was incredibly big anticipation and responsibility because of that, in practical terms and in emotional terms.

Q: So many young people these days are wearing Che T-shirts without really knowing his history. After stepping in his shoes for this film, what do you think of that?

A: He became an icon, and generally icons don’t have a lot of dimension. They are incredibly one-sided in a way. Therefore it’s not expected for you to know a lot about the icon if you wear a T-shirt. It’s very easy. It doesn’t matter really, but then it is very resonant nowadays to know about the struggle he endured. Especially with the times we are living in.

Q: Which is more your style, motorcycle riding or a long road trip by car?

A: Learning to ride was the main skill we learned for the film. We spent four months, three times a week, learning to ride. There were stunt people involved, but one of those big falls was a true one. After that, I don’t have any desire to ride again. Now that I experienced it, I know that it’s crazy. I do enjoy taking road trips, though. I’ve been on many and am planning another one soon.

Q: What were the most difficult elements of making this film and how did you deal with them?

A: Bringing justice to this character and getting across his view as faithfully as possible. I got to meet and talk with Alberto Granado (portrayed in the film). He was the only one who really knew the truth to all of this. He was a living encyclopedia for us. He was incredibly helpful, and he was very happy about the film.

Q: How do you go about choosing your roles? Are you interested in doing more mainstream films for American audiences?

A: Mainstream? What is that? The thing is, I don’t even see things as a division like if something is mainstream or non-stream, or this audience or that audience. I don’t do things for that reason. Therefore I don’t have an answer perhaps for what you are saying. I just choose things one by one, and I think essentially that is how it should be done.

Q: There are scores of women who adore you. On their behalf, can you tell us what is the quickest way to win your heart?

A: That is very nice of you to say, thank you. But, oooo (he laughs). If I knew, do you think I would spend my time talking about it? Honestly, I have no idea. Absolutely no idea. Love has to happen unexpected. The perfect plan never works.

Q: If there’s one thing you want people to know about the work of Che, what would that be?

A: That politics is about the people. That’s the truth. Real politics are not the kind that are put away or separated from us. You live in the street everyday, you have politics to deal with. Life has its complexities like that. Sexually and emotionally you have politics. To go back and regain that power, people are the owners of the politics and have sole representation, and I think we are forgetting about that. Che fought for that.