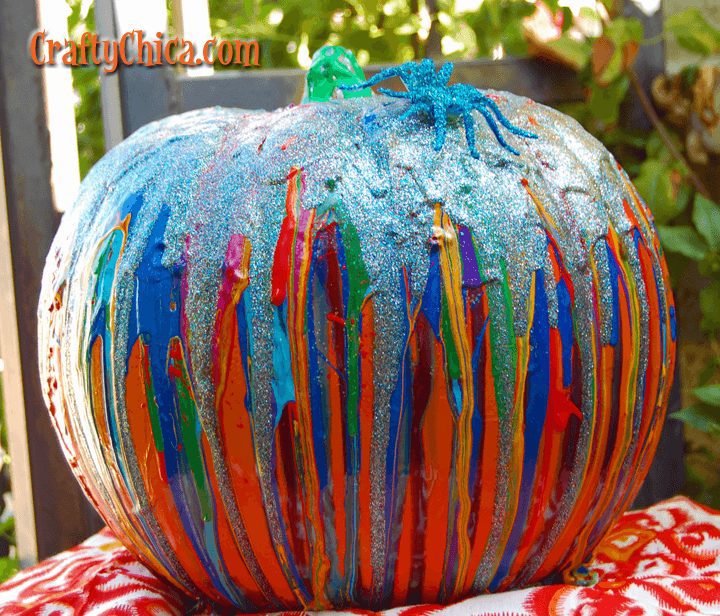 This is was an unplanned Halloween project. I had foam pumpkins in my garage from years past that I couldn’t use anymore – I wanted to make new ones. I had already decorated both sides of all of them and was ready to send them to Goodwill.

But then an idea popped in my head!

I was all hopped up on a quad venti pumpkin latte and decided to mix and pour colored resin over one of the pumpkins. I thought it would look shiny and brilliant, but after it cured it didn’t. It ran and the colors became very thin. I was not about to give up.

I then used acrylic paints and dripped them down. I let the colors dry in between coats. In a split-second decision, I squeezed multi-colored liquid glitter over all of it. That is my only regret. I wish I had thought it through better and used CLEAR liquid glitter so the colors would show through from underneath. I also wish I had glittered that spider black.

Play around with your pumpkins, do something different, they don’t all have to have faces on them. And they don’t have to carved.