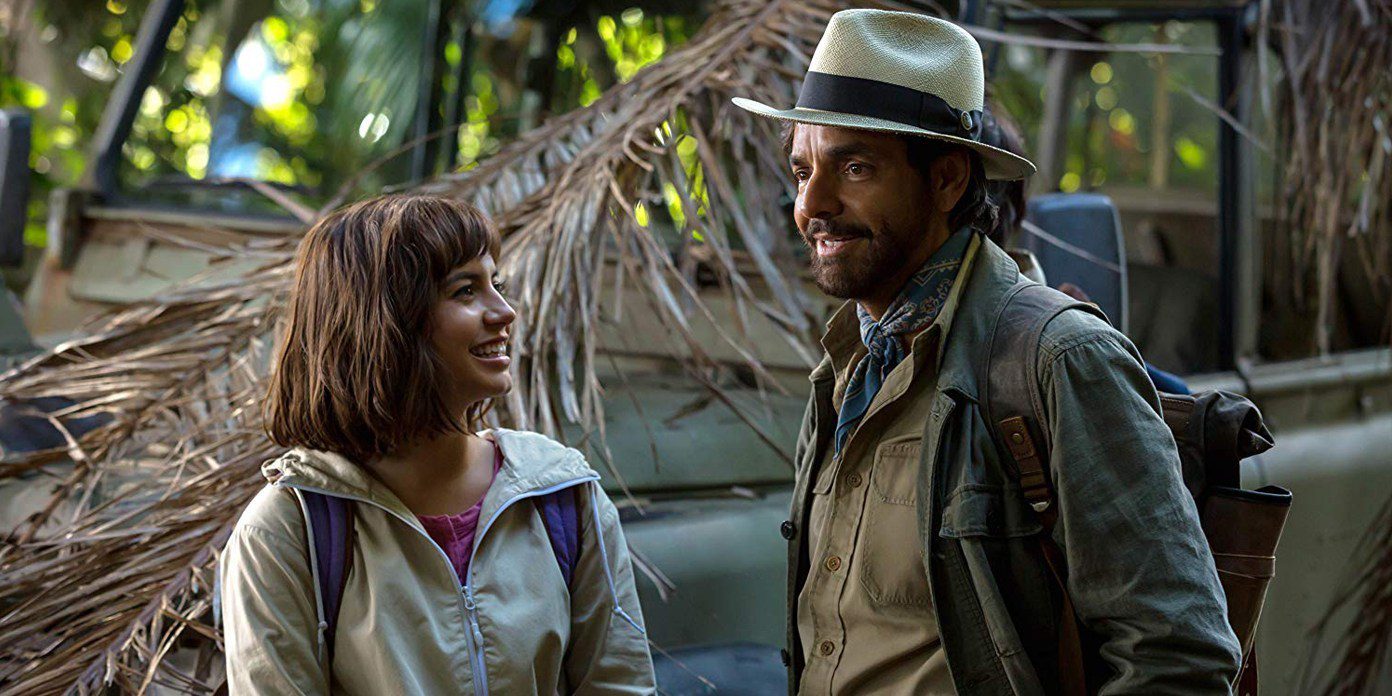 An Inspiring chat with Eugenio Derbez!

There are many reasons to love the movie, Dora and the Lost City of Gold. Based on the popular kid’s cartoon, the movie is loaded with adventure, comedy, mystery, friendship and more. It centers around a teenage version of Dora and how she leaves her life in the jungle to go to high school in the city – and then heads back to the jungle, friends in tow, to rescue her parents and solve an ancient Inca mystery.

But there’s another factor that makes Eugenio Derbez, one of the movie’s stars, proud.

“It’s amazing to have a cast that is 90% Latino,” he says during a meet and greet with Arizona bloggers. “And I’m proud we have a movie with a superhero Latina! Probably a first in a Hollywood movie. I’m glad that her (Dora’s) values are positive and she is inspiring for many kids around the world. She is a superhero without supernatural powers. Her powers are she is smart, she studies a lot so she knows a lot. She is brave. And she is a great daughter And very authentic, any kids can relate.”

Speaking of relating, Derbez has built his star power on his ability to win the hearts – and funny bones – of audiences around the world. His goal has never been to just make movies, he aims to make movies that matter. Movies that leave a lasting impression. He cites his biggest success, 2003’s Instructions Not Included as a benchmark.

Check out his Jimmy Kimmel interview where he talks about both movies here!

“It’s my baby, it’s the kind of movie I want to do and I want to see,” he explains. “I want to do a movie that makes you laugh, but also makes you feel something, it touches your heart.”

To him, Dora and the  Lost City of Gold is in the club. He plays Alejandro Guiterrez, a goofy and gawky but adorkable stranger who comes to Dora’s aid.

He loved the experience so much, he is touring the country to promote the film. It’s refreshing to see his genuine passion, even the parts of the journey that made him squirm.

Eugenio shared details about on-set horror stories about filming in the jungles of Australia, where the movie was filmed. The actors and crew wore hidden devices that emitted high pitch noises to repel insects and often padded down their chairs, clothes, and bodies every few minutes for bugs.

It didn’t always work. He jokes one day while in a production tent, sitting in the make-up chair, he flicked a large creepy crawler off the blouse of the stylist, only to learn it was a poisonous white-tail spider. He shivered as he recalled the moment.

That was nothing compared to his biggest – and funniest – scene of the movie. It involves a lot of quicksand and a bit of panic. At one point in the plot, the characters are lost while making their way to find the city of gold and happen upon some quicksand. 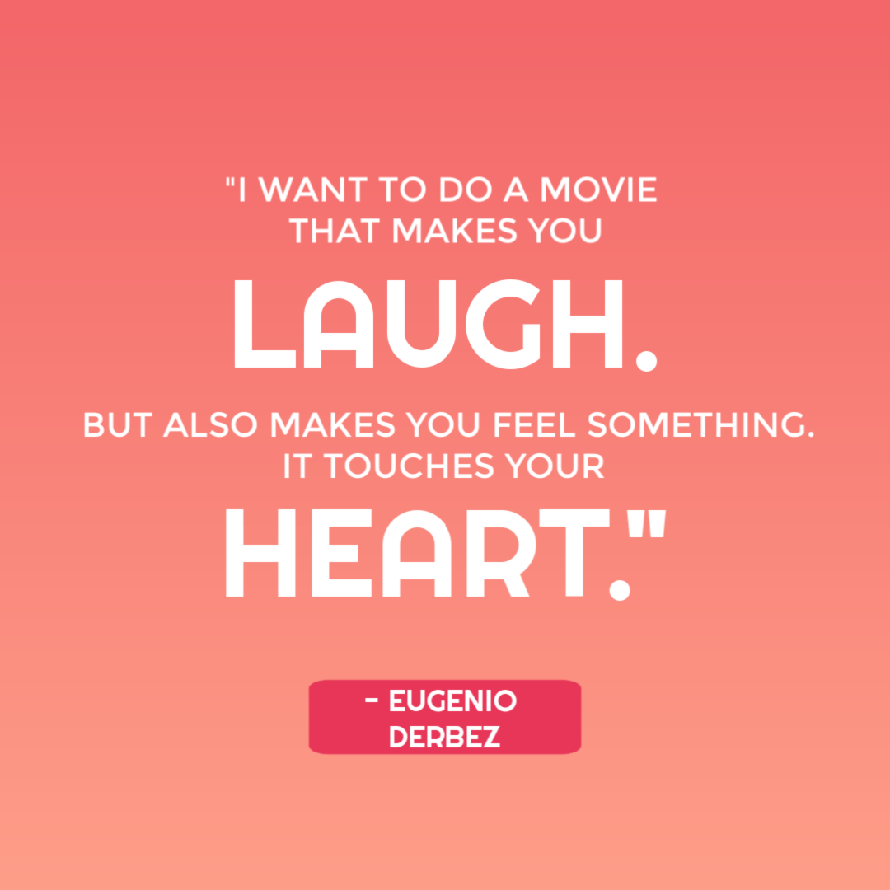 We can tell this is going to be a juicy story because Eugenio sits up tall in his chair and holds up his hands as if to show frustration. He explained that the quicksand was made of water mixed with some soil, but mostly cork. Cork flown in from South Africa for the shoot. The cost of it alone added up to more than the price of the actual scene.

“That quicksand was a nightmare,” he says. “That scene took one week. It was very complicated. Every take we had to go out take a shower, change clothes makeup, hair again in order to go again in the tank. At the end when I’m drowning, I said, I’ll do it, I don’t want a stunt (double). I was trying to be really funny at the last minute and I swallowed a lot of the quicksand! I had to go down through the floor and I couldn’t say anything, I thought if I say, “Cut!”, then it would take half a day to go back and do it all again. So I was choking!”

He wants us to know when we see that bubble in the quicksand when he goes under, that is truly him gasping for air!

Our interview had come to an end, but I couldn’t help but jump in and ask one more question. Eugenio has this light about him, a glow. The kind that comes from living your best life. I had to know more!

I asked him what advice he had for anyone who thought about taking a risk. Like he did when he left a rockstar movie star lifestyle in Mexico to come to America and start all over from scratch. To have to reintroduce himself and prove himself.

“Do it,” he says quickly and firmly. “You don’t know if you are going to succeed, you might fail. But just by trying, you will have so much fun, that is the journey. It’s not about succeeding. You can go back and say I tried, for some reason, it didn’t happen but I’m here and I’m happy I tried. And probably, you’re gonna make it. There was no single person who didn’t say – you are crazy you are gonna shut down your career after 25 years? You’re gonna give up everything? And I said yes. When you are that confident, things happen.”