This week I screened the adorable film, Paper Heart, and interviewed its director, Nicholas Jasenovec. In this semi-scripted documentary, actress Charlyne Yi (Knocked Up) treks across the country in search of the meaning of love. But a funny thing happens along the way – she actually falls in love herself with actor Michael Cera. Paper Heart opens today in theatres nationwide. Check your local listings for showtimes and locations.

CraftyChica.com: How did you come to help Charlyne with her quest?


Nicolas Jasenovic: She was kind of skeptical of where she would end up as far as love, and she started talking to strangers and friends and as they shared their stories and it really gave her hope. She thought it would be a good idea to create a documentary on the subject. So she came to me with that idea about the subject and she already had an idea about the puppets back (there are puppets in the film) then but it wasn’t fully fleshed out at that point. But knowing Charlyne, and being a fan of hers, I was excited about being involved. I knew that something good would come of it!

CC: The film is touted as “semi-scripted”, does that mean none of it is true?

It’s a combination of both. We had a five page outline and it had more or less every scene. But on occasion we would adapt and invent things that were fun. But things were fairly well outlined and every morning we would have a schedule of the scenes we would shoot that day. But we would roll the cameras and set the actors free to improve, so when you see a 2 minute scene in the movie it really took about 20 minutes to film. Just to keep things natural and spontaneous.

CC: As far as Michael’s role – was that a role that another actor could have played or did you choose him because he and Charlyne were already dating?

Nick: I had worked with Michael on a couple short films before, and we were great friends and we got along really well and loved working together. His style was a good fit for the movie. We were going to be playing around with reality and blurring the lines and everything and Michael is good at doing that in his previous work. And yeah, we had a list of possible actors to play him, and Michael was at the top of the list so we talked to him first and luckily he said yes! 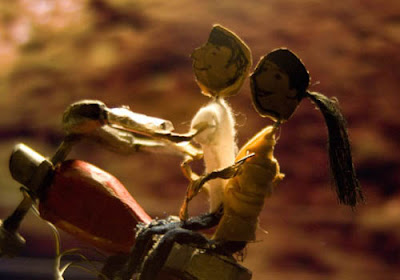 CC: Being crafty myself, I really loved all the puppetry used in the film. You mentioned those were Charlyne’s idea, did she make all of them?

NJ: She did actually! She spent about two weeks locked up in her room creating all those sets and puppets and props and everything. Her father helped her out on the stuff she couldn’t do on her own. She has a really specific art style, therefore, unfortunately. no one could really help her. It it all fell on her shoulders. I think she went a little crazy for those two weeks. What you see is kinda what you get. She used a lot of wire and clothes for them. She made that river which was cloth on dough rollers. That was the most elaborate thing she made.

CC: I didn’t read about the film before I screened it. It reminds me of the Blair Witch Project – when it first came out everyone thought it was true and then we all found out it was scripted. I wanted it all to be true. Have you received that feedback in the movie?

NJ: Yeah usually, people aren’t aware that it isn’t me in the movie, it’s an actor. We knew that if we pretended to be real we would’ve been busted really quickly. You know, we never had any intention of lying about the reality about it. We are very open about it but not everyone read the interviews. I think some people go in and come out kinda confused up and it was also a goal as well to present it in the most realistic way possible.

CC: What is the one take away you want for audiences?

NJ: If there are people out there that are like Charlyne, that are bashful or not sure if they could ever find love, I want them to feel like the movie is filled with hopeful optimism. Here is this girl who thinks that she is going to get rejected and then ends up falling in love. If it can work for her it can work for you. 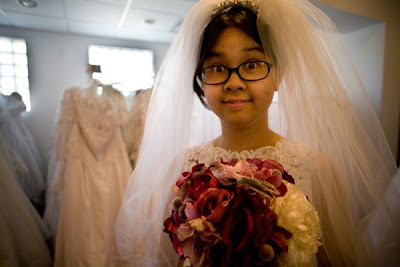 (Charlyne Yi tries on a wedding dress in Paper Heart)