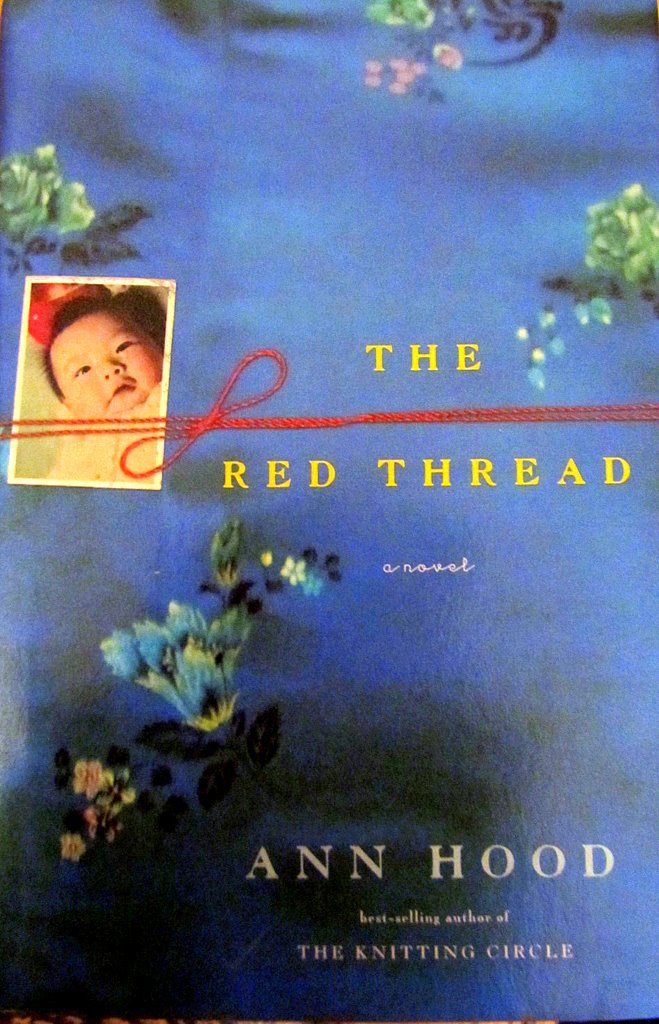 Review for ChicaWriter.com
by Ana Marie Berumen
Fighthopeheal.blogspot.com
Ana is a special education teacher who enjoys reading, writing and crafting, when she’s not trying to save the world.
The Red Thread: A Novel

By Ann Hood
Synopsis from publisher:

“In China there is a belief that people who are destined to be together are connected by an invisible red thread. Who is at the end of your red thread?” After losing her infant daughter in a freak accident, Maya Lange opens The Red Thread, an adoption agency that specializes in placing baby girls from China with American families. Maya finds some comfort in her work, until a group of six couples share their personal stories of their desire for a child. Their painful and courageous journey toward adoption forces her to confront the lost daughter of her past. Brilliantly braiding together the stories of Chinese birth mothers who give up their daughters, Ann Hood writes a moving and beautifully told novel of fate and the red thread that binds these characters’ lives. Heartrending and wise, The Red Thread is a stirring portrait of unforgettable love and yearning for a baby.

The Red Thread (W. W. Norton & Company, 304 pages) ended up in my on going three-book-at-a-time rotation. It kept being put on the back burner as I read about murder and debauchery. What’s that saying about judging a book by its cover? I’ll admit to picking up the neon colored fancy fonted books first. However, once I resolved to read it, I found myself hooked within the first few pages.
Ann Hood takes the reader through the process of adopting a daughter from China through the eyes of potential parents and the adoption agent who ultimately connects them with the one desire they all have in common. Maya, proprietor of The Red Thread adoption agency, struggles to find her way after the death of her child and subsequent divorce. Focusing on helping families adopt babies allows her to ignore her past until she meets someone who opens her up to the possibilities she had been denying herself. Throughout the novel the reader learns the stories of the prospective parents and goes through the process of adoption with them, the application, the waiting, the yearning, the decision making..  Hood also includes probable scenarios that would lead a mother to make the excruciating decision to abandon her baby daughter.
I was completely enthralled with the stories of these characters. Any reader will find one to identify with. I found myself nervous for them as they embarked upon the huge decision to adopt. I turned the pages in anticipation as they waited (and waited…and waited) for a match. I laughed and cried with them when they held their daughters for the first time.
I am of the “weekly reader generation.” You know those news magazines sent to grade schools? I clearly remember when I first learned of the many abandoned baby girls in China. As outsiders we are told about the fines and taxes on parents who have more than one child. We learn the antiquated village mentality on sons vs. daughters. Hood gives us a glimpse into the mind of a mother in China having to leave her baby on the doorstep of a police station or in the middle of a park, hoping she will be found by someone who will love her.
This is a beautifully written book, even without a brightly colored cover. Crafters will appreciate the sprinkled in knitting references (The Knitting Circle, another novel by Hood will soon be adapted into a movie). As a grief blogger, I appreciated the use of her own journey through grief. Hood lost a daughter which is chronicled in Comfort: A Journey Through Grief.

Review by Ana Marie Berumen, Fighthopeheal.blogspot.com Ana is a special education teacher who enjoys reading, writing and crafting, when she’s not trying to save the world.
Love & light,