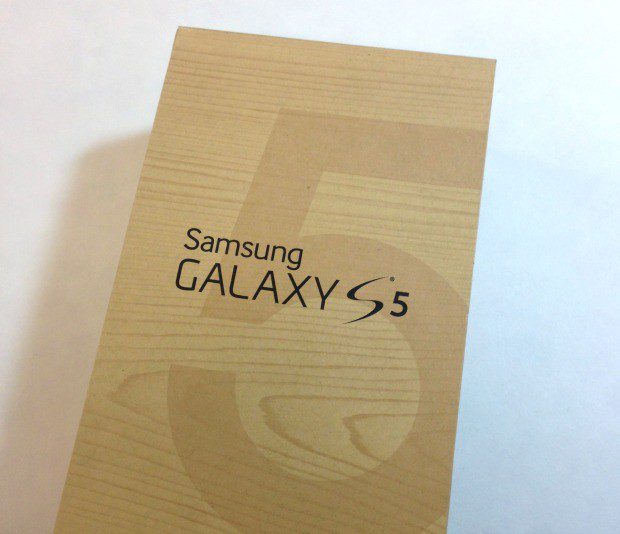 I recently had the chance to test out the Samsung Galaxy S5 smartphone. I love stuff like this – I’m ALWAYS up for testing out new tech treats. I use my current smartphone (iPhone5) a lot for my business, but I know that Apple is not the only player in town. I also hear a lot of people ask, “Which should I get, an iPhone5 or a Samsung Galaxy S5?”

Well, here are my findings. I’ll start with what I like! 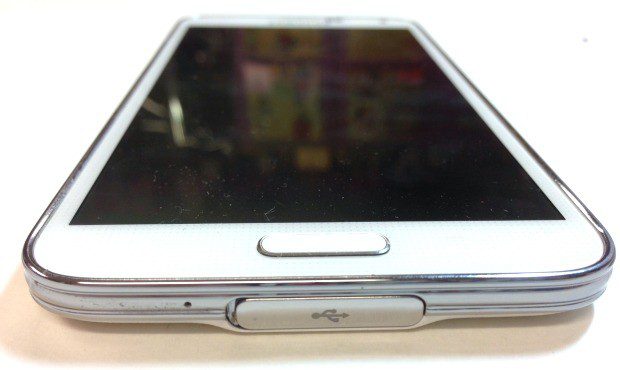 1. It’s dust proof and water-resistant! How many times have I heard the lament from those who dropped their phones in water, and had to resort to the dry rice-in-a-bowl method? No worries here. This phone has seals over all the important bits. And get this – the headphone jack doesn’t have a plug, but it’s sealed as well inside. This means you don’t have to worry if it you drop it in the tub or pool. I read that it passed a test where stayed underwater for 30 minutes and went on to live a good life! 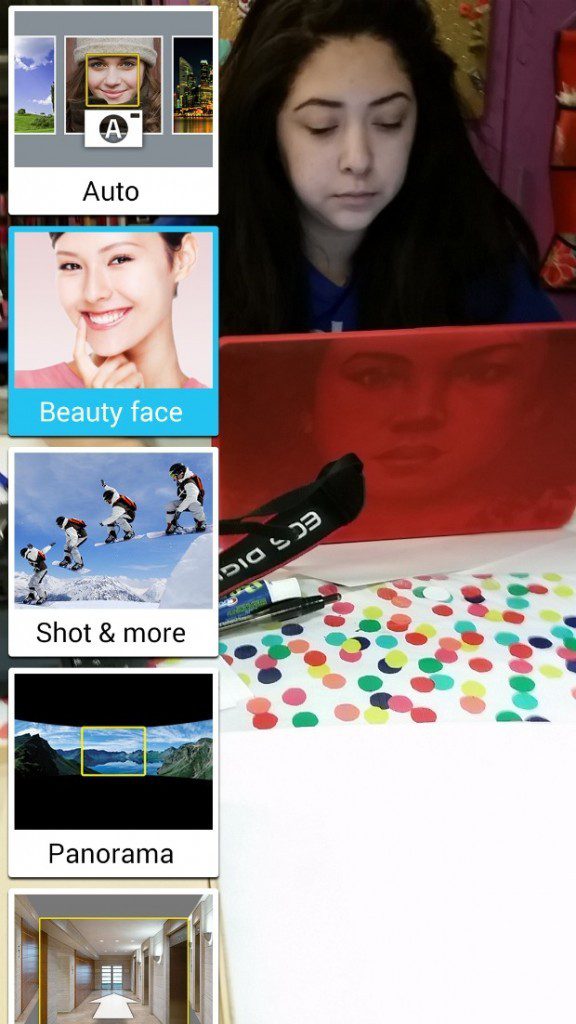 2. Photo features GALORE! This ranks high for me! On my iPhone for special photo features, I have to get an app for each one. But this phone has the best ones built-in, like “Beauty Face” (skin smoother), Virtual Tour, Shot and more (it takes a series of photos and saves you the best one). I spent a good part playing around with these! 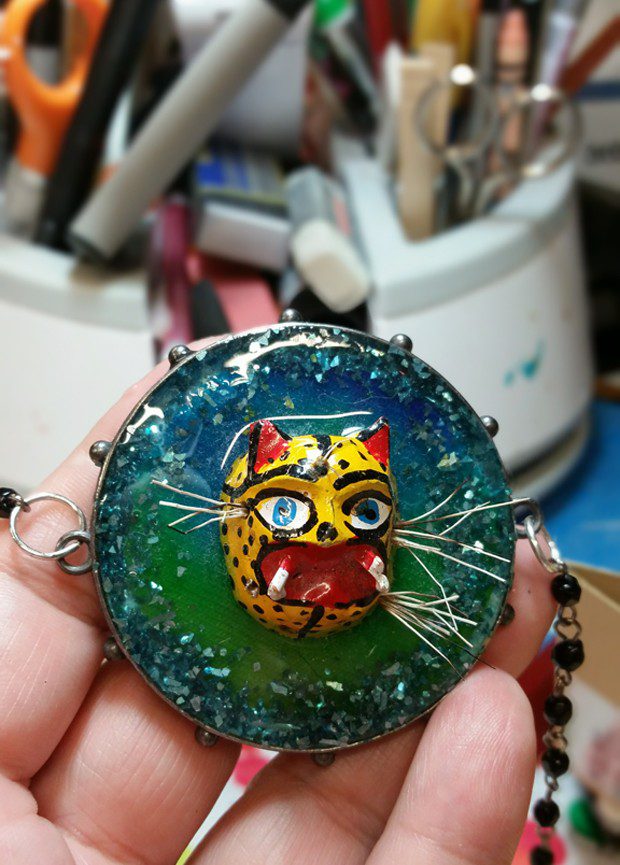 3. Selective focus. This is a photo feature that zeros in on your subject and blurs the background. Keep in mind that you have to have the camera 1.5′ away from your subject in order for this to work. But for those of us who take crafty pictures? IT ROCKS! I would definitely want this phone JUST for this feature! Isn’t this an on-point pic?

4. Juicy screen and gorgeous resolution! It definitely rivals the iPhone. And the screen is bigger so that means videos are watchable without squinting your eyes. Of course, I had to test out my web site, it looks just as pretty as on a desktop! 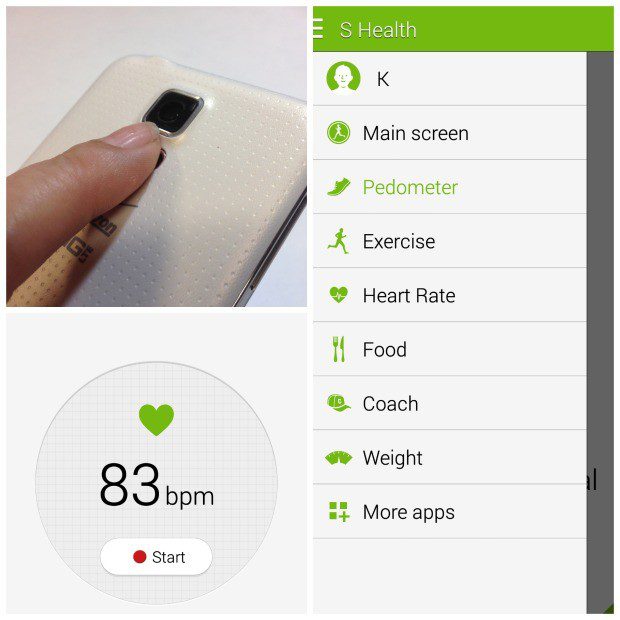 6. Power-saving mode. with one touch, you can grey out all the fancy colors and apps that are sucking your battery juice.

1. It’s a  lot busy. There are a LOT of features built in. I feel like I’ve barely scratched the surface. To some people it may not be a big deal, but for me, I want to be able to add the features I want instead of a gazillion things being pre-loaded – I think they are called Galaxy Gifts. Oh! First world problem, I know!!! But I am a very busy business-owner and I don’t want to have to spend an hour deleting things I don’t need. I wish there was a way to choose what you want so you can add it. And I don’t like that there are so many screens to scroll through (especially the promo ones), one wrong tap and a whole new screen called My Magazine pops up. One time a screen popped up with a feature that I wanted to see more of, but no matter how much I swiped, I couldn’t get it to come back. AND all along the top is constant social media updates. Can you say stimulation overload?

2. The Vine video isn’t as high quality as on an iPhone. If you are a Viner, you want your videos to be crystal clear. I’ve had a couple come out a tad grainy when using the Vine app on the Galaxy S5.

Wait, huh? What did you want again?

Yah. that’s how it works. It takes at least several seconds to go to camera mode from the lock screen, and that’s if you have just the right touch. Several times it went to the home screen and by then my special photo moment had long passed.

So there you have it! My round-up on the Galaxy S5. As far as the iPhone5 vs. the GS5: It’s hard to say. While my heart has always been with the iPhone, it’s hard to resist the bigger screen on the GS5, that wonderful selective focus feature and the fact that it is water-resistant. That is if you can get past all the other tiers of bells and layers of whistles.

5 tips for using TikTok for personal and career life

How to Make a Chair Caddy for Books and Tablets

TV Tips for Maximum Happy Viewing Thanks to a Legrand In-Wall Kit!

Getting Techy: I Tried a CUJO Smart Firewall