My kids flew the coop & I grew a set of wings 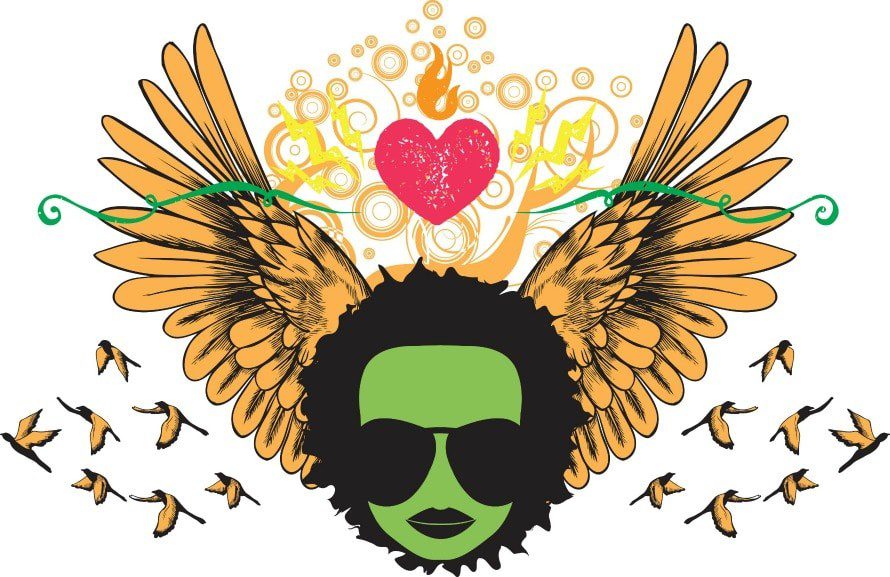 “Don’t you dare touch my room,” Maya instructed last July, right before she stepped in her newly purchased Toyota Yaris to leave for Los Angeles. “It’s still my room, I’ll only be gone for three months. Please leave it as is!”

I nodded in agreement, excited to have a new option for natural lighting for my blog post pictures. Three months would fly by!

Maya, 23, had accepted a residency at BuzzFeed’s Latino channel, Pero Like. She would work 40 hours a week pitching, shooting, and editing videos. I felt proud of this journey for her. At her age, I had already been to Europe twice and it shaped me into who I am today. There is no better experience for a young adult to grow and blossom than to leave home and see the world without mom and dad at their side.

I spent the last two decades prepping my kids for the moment to soar, if only for a short period. I wanted them know any goal is attainable with proper focus, attitude and hard work. Short cuts are a bonus, not the norm.

“Did it all soak in?’ I wondered as I watched her little car turn off of our quiet neighborhood street onto the busy congested avenue. “Did I miss anything?” I worried. “Were there any life, relationship, car, money or cleaning lessons we didn’t think of?”

The pressure! It’s one thing when your kid moves to a new local zip code, but to an entirely new state, all alone? It’s wasn’t like she could plop on my bed for a thorough two-hour discussion if she hit a glitch.

I had no choice but to send her off with prayers, happiness, and a shaky wave goodbye.

The entire parenting experience reminds me of Shrinky Dinks. You know, the plastic that shrinks and melts in the oven? You can design each piece to perfection, but no matter what, at some point, they curl and contort into crazy shapes as they heat up. It’s painful to watch the process – they seem to be ruined beyond repair. I always want to open the oven door and take them out, but my little crafty voice tells me, “Leave them be.”

And…after the process of curling and twisting, sure enough – they always flatten out!

That’s where we are right now. Both my kids have ‘flattened out.’ DeAngelo, ahhh DeAngelo – the one I most worried about (if you’ve followed this site from the beginning you’ll know what I’m talking about). He was first on deck for adulting. He landed a job at a web development firm, and worked on his passion project, The Geek Lyfe, at night. He moved to his own place across town two years ago and now leads a staff of writers and photographers. He is perfectly happy working a day gig for a steady paycheck so he can use all his free time for his site.

We hugged him as he left with the last load of his personal belongings. We waited six months and then converted his bedroom into a photo and art studio. It sure came in handy! 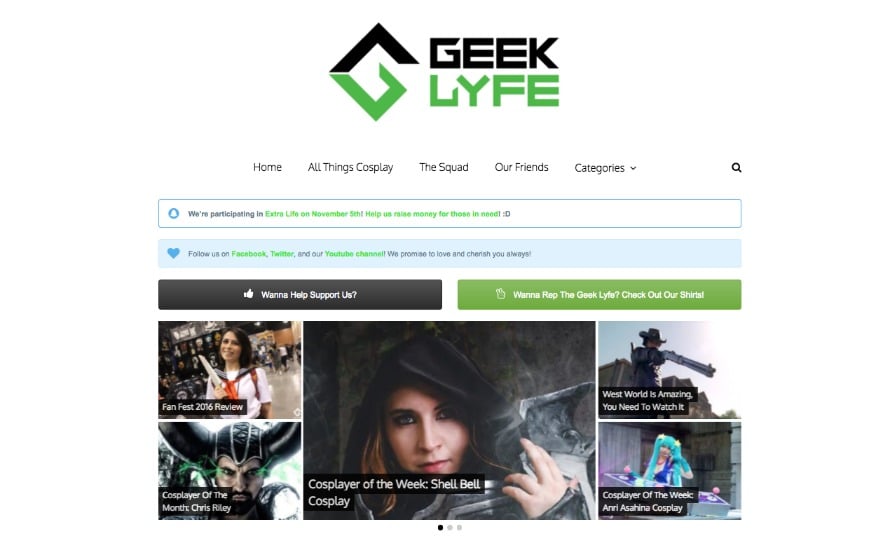 Not so linear with Miss Maya. She didn’t want a full-time office gig.

“I want to make videos,” she’d say, sometimes with frustration, wondering if her Vines and YouTube videos could really lead to full-time career. One day I told her to close her eyes and say out loud what she wanted – just blurt it out quickly! The visual representation of the end goal she wanted.

“My dream job is to move to L.A. and work at BuzzFeed,” she said.

The parent in me wanted to say, “Wow, honey, nice but that’s not practical, what is your Plan B?” But how could I say that? I grew up telling my parents I wanted to write books and do crafts. And we know how that worked out. Just shy of her BA degree, I suggested Maya go back to school to finish. After researching the industry, she agreed, and guess what? Within a few weeks she had a job lined up at ASU that would cover the cost of her school – plus benefits and a 401K. We all breathed a sigh of relief. Ahh, the safe route! But my gut instincts poked my conscience. I’ve always had a very strong will that makes things manifest. I worried if my fears helped open the door to this 9-5 job for her.

I remember every night in bed that week, saying my prayers: “Please Lord, let the right opportunity for her come along, not the one I want, but the one she wants. The one that is best for her and her destiny on this earth. I’m game for whatever is meant to be.”

The next week brought a gasp-worthy moment. An executive from BuzzFeed reached out to interview Maya for a three-month residency program. She didn’t expect anything because she knew she needed her degree, but perhaps she could ask questions on how to prepare for a position in the future.

From the moment she told me about the interview, I knew she’d be moving to L.A.

My wish/prayer came true. They offered her the job based on her experience, resume and talent. The next few days were nuts. I cosigned for a car, our friends in L.A. helped find her a place to live and two weeks later, she packed up the trunk of her new set of wheels and laid down the law about her bedroom.

It gave me a sense of peace, she still wanted her bedroom. Three months. “It’s like a long vacation!” I thought, wondering how my life with Patrick at home would change.

She called every day, and even came home for a weekend and before long, the three months came to an end. We all waited with baited breath to see if she would be hired, if so, she would stay there. If not…well, I assumed she would come home. Whatever the outcome, I’d offer more support than the third leg on an easel.

“If they don’t hire you, you can always come home and rock your YouTube channel,” I told her cheerfully. “Now with all the experience and exposure you gained. And your room is just like you left it!”

She paused a moment, which caused a lump to form in my throat.

“Yahhhh, um Mom, you can go ahead and do whatever you want with my room. I decided I really want to stay here.”

In that moment, a series of images flashed through my mind, like old-fashioned film footage. DeAngelo and Maya as babies in the bassinet, then as toddlers learning to walk. Goofy toothless grade school pictures, arguments about grades and test scores, school conferences and family parties. Piñatas. Lots of piñatas. Dates, haircuts, chores, mean friends, nice friends, bank accounts, gift giving, pep talks, first love, first heartbreak, and so on.

And then a surge of recent memories. Maya had become more than my daughter, but my colleague and friend. We worked together at home and at coffeehouses, we took in a new movie each week, we helped each other with our video shoots, we roomed at conferences. And of all my family, she was the only who ever came to every single Crafty Chica event. I never took those moments for granted.

And then it ended. 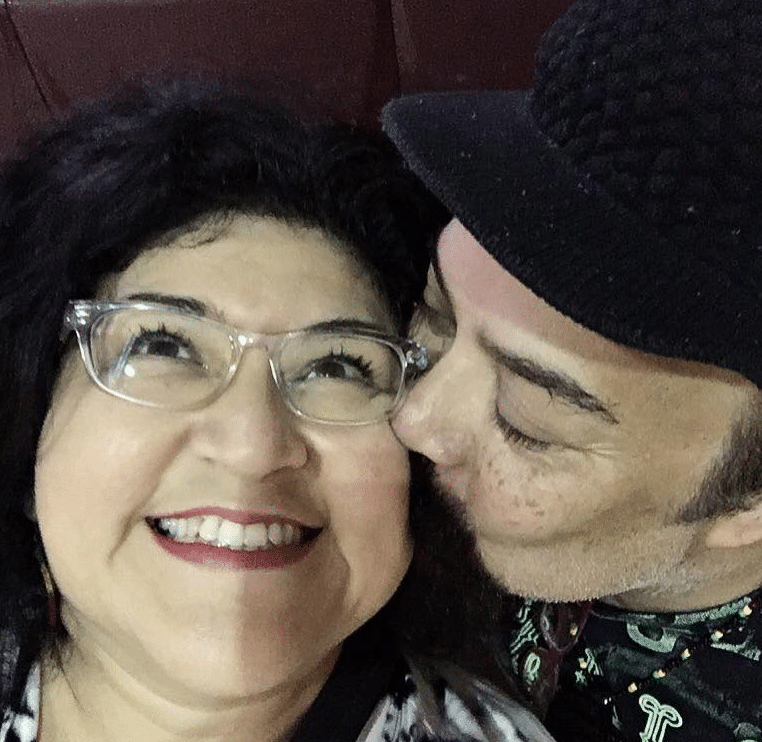 Don’t get me wrong, life is not doom and gloom. Far from it! It’s actually pretty awesome. It’s like Patrick and I are dating again because we go wherever we want, whenever we want. I love reverting back to our lengthy conversations about our hopes and dreams, jokes, stories, and flirting. He has taken over Maya’s position of cameraman and photo stylist. We brainstorm ideas for my site, his gigs and paintings. It’s an even deeper level of love, partnership, and friendship that I never expected. Not to mention, we now have the “man wing” of the house and the “chica wing” – meaning we each have our own bathroom and art studio. We hired a housekeeper and we cook gourmet meals for the two of us. Decadence. We’ve earned it!

There are a few down sides – he refuses to see chick flicks at the movie theatre and isn’t big on hanging out at coffeehouses. He’s more a Raiders pub kinda dude. But, hey, we manage!

Aside from that, you know what? I never realized how much kids really do save the drama for their mama. Now that they are both moved out, we have no drama! We have the chillest casa ever. 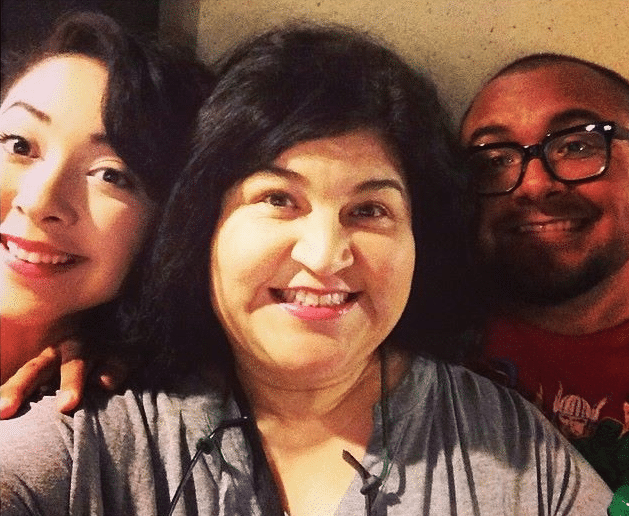 My kids flew the coop, and I grew a set of wings. I’m more in the mindset of “Kathy” again, rather than Mom/counselor, house manager/drill sergeant/negotiator/coach/maid. I can stretch those wings and exhale for a bit. I even bought a recliner, even though I barely have time to put up my feet. I work on my book projects and business strategy without feeling like I’m stealing the hours. And my to-do list is shorter and concentrated.

Do I ever hide under those wings for an ugly cry because I miss my little birdies? Um, yes. At least once a week (it used to be once a day). Regardless, I’m not taking this new era for granted, because it will evolve as well. Hopefully at some point grandkids will enter the picture and I’ll be excited to drop everything in order to enjoy them!

Last week Maya received an official offer letter for a Junior Producer position at BuzzFeed! She’s officially employed permanently.  She sent me pictures of a cute apartment she plans to rent, and is excited to launch this new phase of her career! Her new job is to keep making comedy videos, what she loves to do most! She’s even thinking about taking acting classes in her spare time.

Patrick and I high five each other every morning as we bite into our thick-sliced maple bacon, farm fresh eggs and crunchy avocado toast. WE ARE LIVING!

Wouldn’t you know – just as we accepted this new routine, and our minds and hearts settled into place, a new feather floated between us. It arrived in the form of a phone call.

“Hi Mom!” DeAngelo, 26, said. “I wanted to ask you and dad if I could maybe move home for a couple months to save money. Do you guys have space?”

My heart twanged with excitement and happiness!

“Of course,” I beamed. “We have Maya’s room available! Hey…by the way, what’s your stance on chick flicks and coffeehouses?”

How to paint and decorate an arm cast